Discussions on other First and Second World War militaria and collecting in general. Hosted by John G & William Kramer.
10 posts • Page 1 of 1

I'm new both to this forum and collecting militaria. I have some small stuff and then this compass i bought while on vacation in Bulgaria. I just wanted to hear your opinion on whether it's real or (hopefully not) a fake. The seller had several compasses and when I asked about it's authenticity he showed me some other compasses with "real" outsides, but with replaced, new compasses inside. The compass works and has a sundial on top of it, that shows you the time when you are facing north.

I tried to google it and found out about the Krupp fabric, that they made, for instance the Tiger tanks and used slave workers, but not much more since most links found were in German.

The D.R.P. mark should stand for "Deutches Reichs Patent" if I'm not mistaken.

Does anyone know what the little lever near the "S" is used for? I guess that it might be there so that you can remove the compass from it's shell, but I dare not pull it hard enough 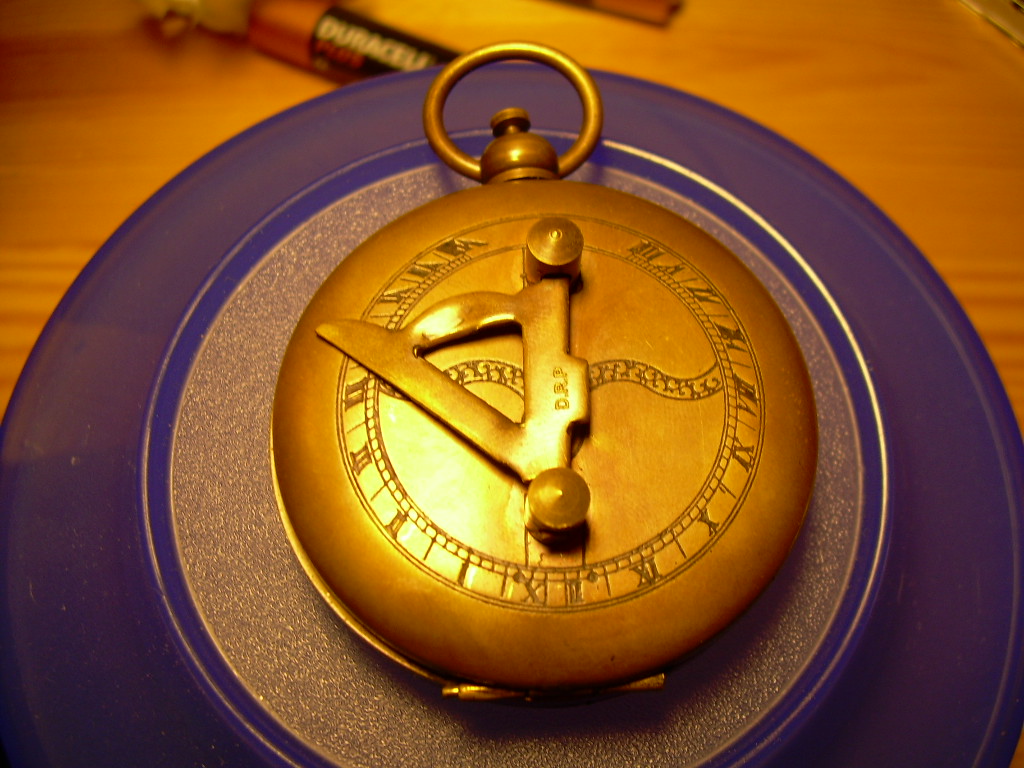 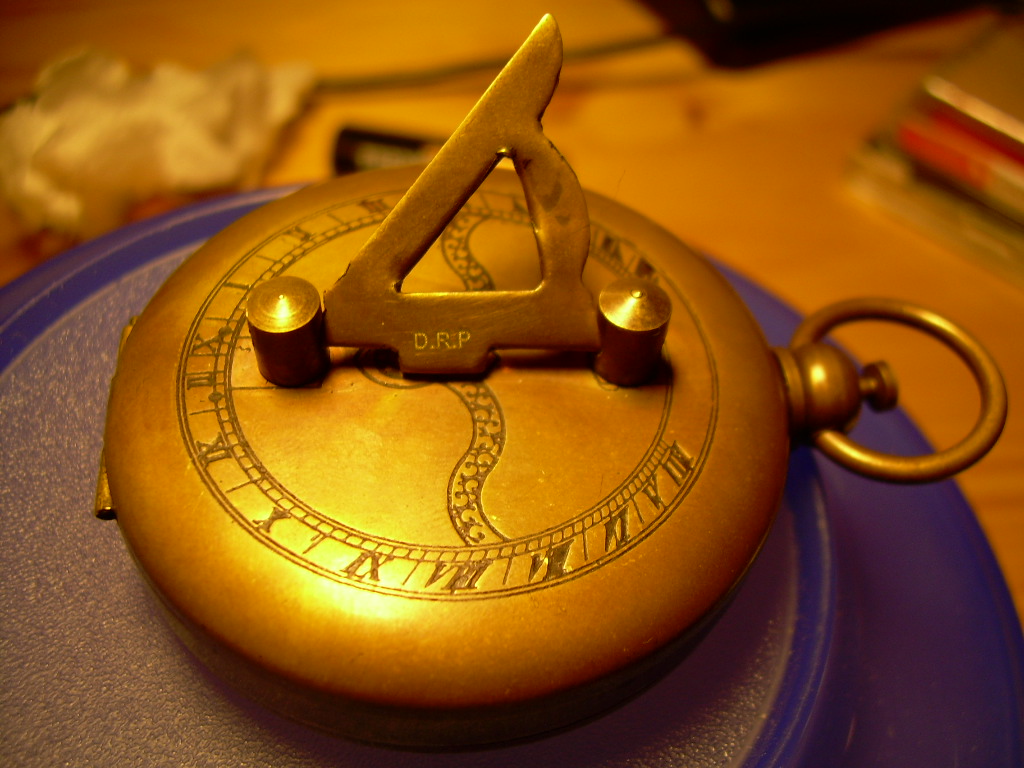 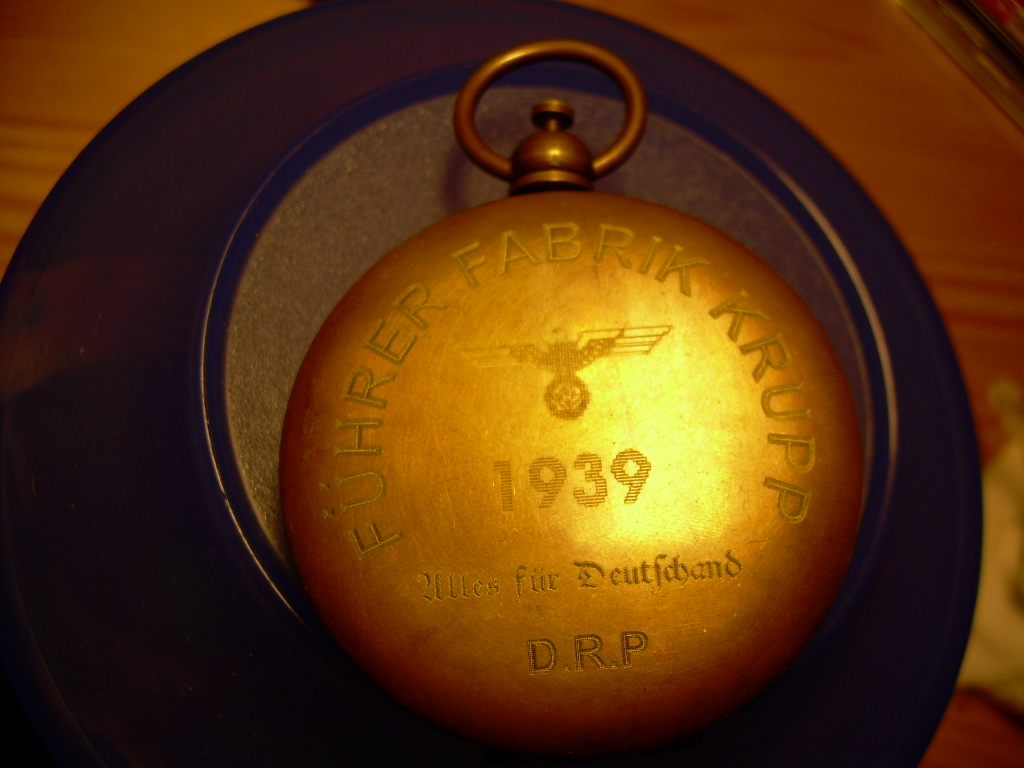 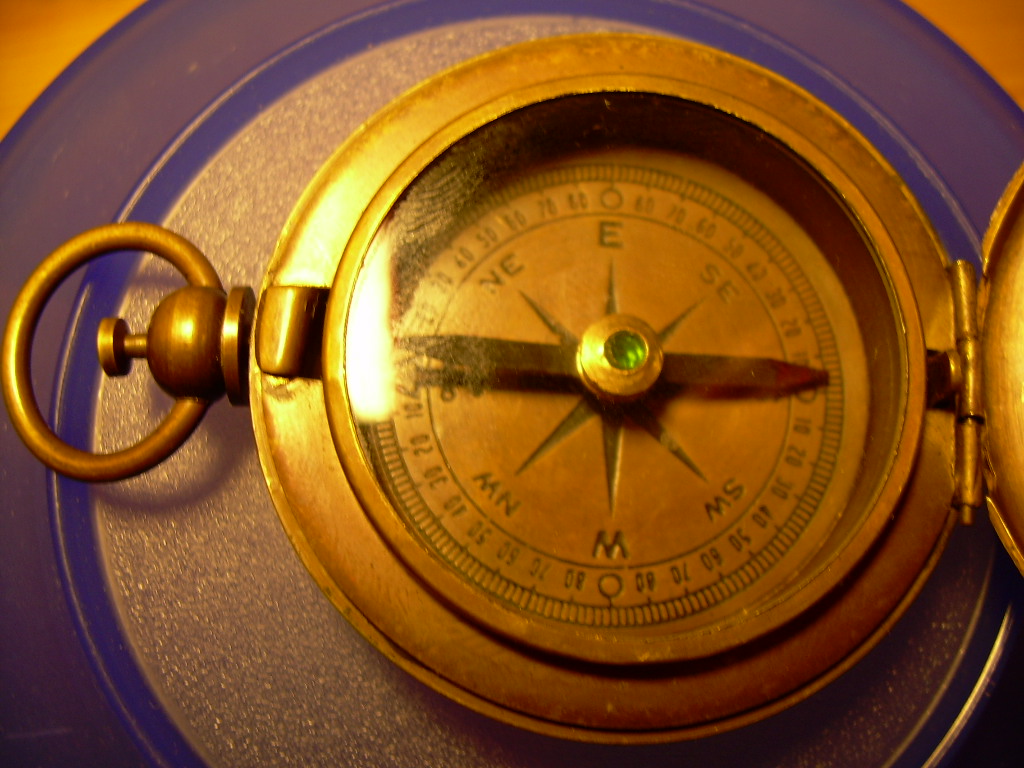 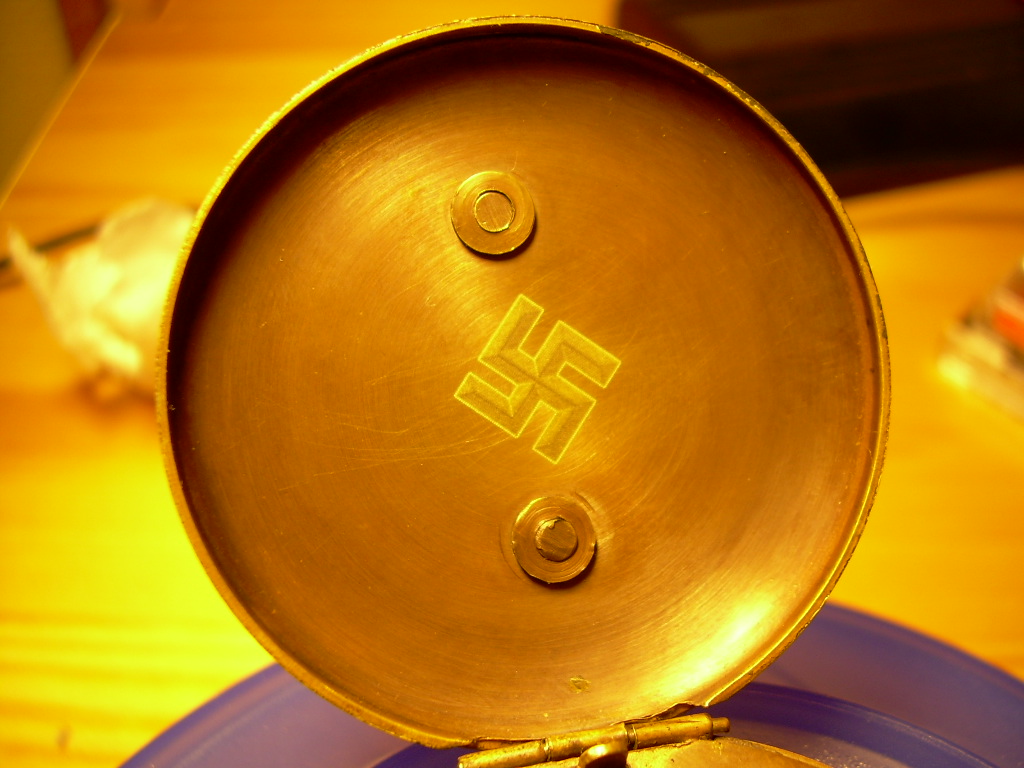 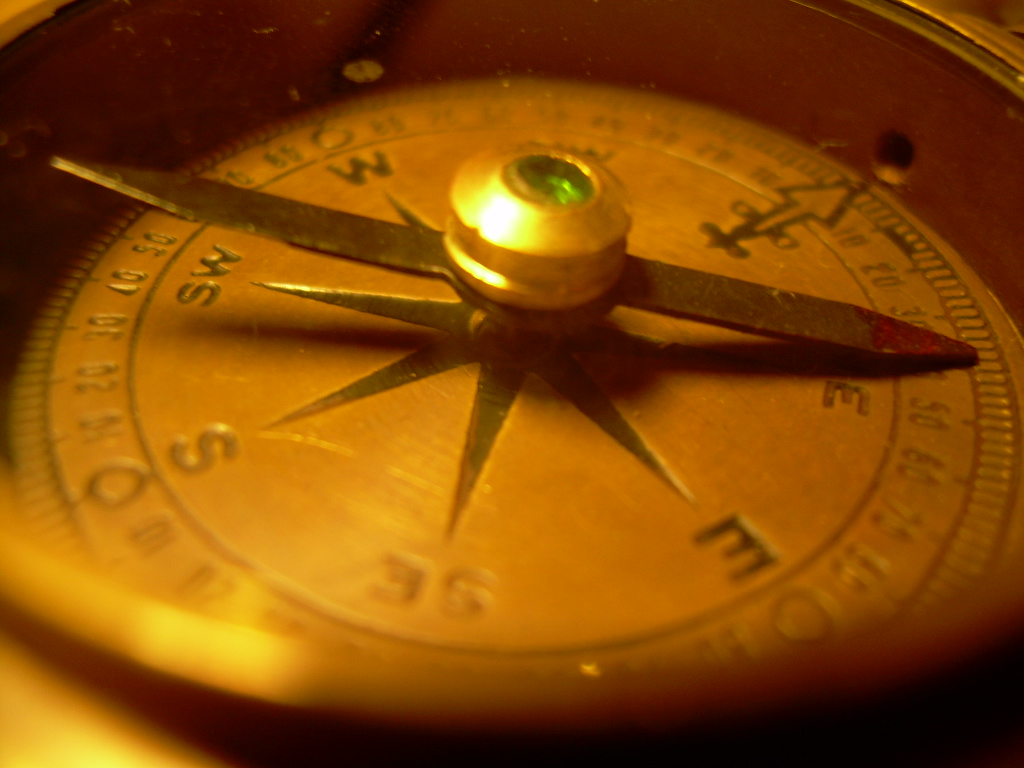 Sorry but your Sun Dial Compass is pure fantasy.....the engraving is terrible (note the swastika is reversed in the eagle on case), wrong style, very much "over-kill" as well as the compass itself has an "E" for east, it should have an "O" for Ost. Sorry if you got stuck but this is pure bunk.....made for the tourists.....interesting compass if it didn't have those hokey Nazi markings......
John G.
Mainemilitaria USA
Top

Well, I thought the price was very low, so thank you for letting me know at least

Well, then do you happen to know if it's a completely new compass or if it's an old one that's recieved a "nazi-makeover"?
Top

That I don't know, but it looks like it might be......are there any "original" markings on it?
John G.
Top

I have another one:

No, nobody laughs, its such an interesting piece... and if it was cheap, well bought, a nice example of whatever it tells the interested!!

Not any that I can find unfortunately.

Do you think that there might be any inside the shell? I tried to open it up, but I didn't got anything removed except the round thing on top that you open the shell with.

I still think that the lever near the "S" could be used for that, but I can't get it open that way.
Top

The "lever" by the "S" works to "push" the cover open when you press the "plunger/button" at the top (I believe) if it works like "US Compasses", nothing to do with disassembly. I think I'd leave it alone for sake of not screwing it up. Probably the whole thing is "new", but I haven't seen any others with the Sun Dial Case.
John G.
Mainemilitaria
Top

Well, you actually open it with the lever next to the "N" which is, as you say, connected to the button. The S-lever is still a mystery to me, but I think that leaving it as it is might be a good idea. Wouldn't want to mess anything up.

I just want to say thank you for all your help John!

Well Hubert, as you've also experienced, it's easy to miss details, especially when you feel like you're making a great bargain

I was told of a similar compass in an antique shop. I was encouraged to go and see it as the vendor wanted to know how much it was worth. Sure enough I was presented with a similar brass housed compass, bearing the same legend on the lid (along with the reversed swastika). On the inside of the lid was a second reversed swastika and 1939. On the bottom of the case was a very large swastika.

I asked the store assistant what he thought it was, he expressed some ignorance on the subject. I asked him to examine the overall quality of the item and the compass face itself.
Surely, I said, knowing the usual quality of German optical and scientific instruments this item did not measure up. Secondly, to whom was the compass aimed at? This is certainly 1939 vintage and yet the compass face is not German it is in English; shouldn't it say "ö" for East instead of "E"??

Even given that the DRP marking might imply it was for export I think this item is trying so very hard to be genuine that it is failing... It's a fantasy piece, value (whatever a mug is prepared to pay for it).
Top

John G is right, but i think this looks '''''COOL"""
too bad it has misspellings and reversed swaz.