Does anyone know the difference between an M1890 cadet dagger and an M1901 officer's dagger (long dirk variant)?

Discussions on other First and Second World War militaria and collecting in general. Hosted by John G & William Kramer.
3 posts • Page 1 of 1

Does anyone know the difference between an M1890 cadet dagger and an M1901 officer's dagger (long dirk variant)?

I've been doing more research regarding naval daggers, especially those used during the time of the Kaiser. From the models, the difference between two of the variants befuddles me. Those two variants are the M1890 cadet dirk and the M1901 officer dirk (long blade variant). Both pieces seem to have a 13.5" blade with a central ridge and twin edges, along with a carved ivory grip. Additionally, the two variants also seem to share the same crossguard and scabbard fittings, utilizing the entwined rope scabbard bands. The only noticeable difference I've seen between the two variants comes from the pommel. The M1890 is more commonly seen with the closed finial (State Crown) pommel, whereas the M1901 long variant seems to more commonly use the open finial (Imperial Crown) pommel. I would really appreciate any help on better understanding both variants of Imperial naval dagger. Thank you all in advance. 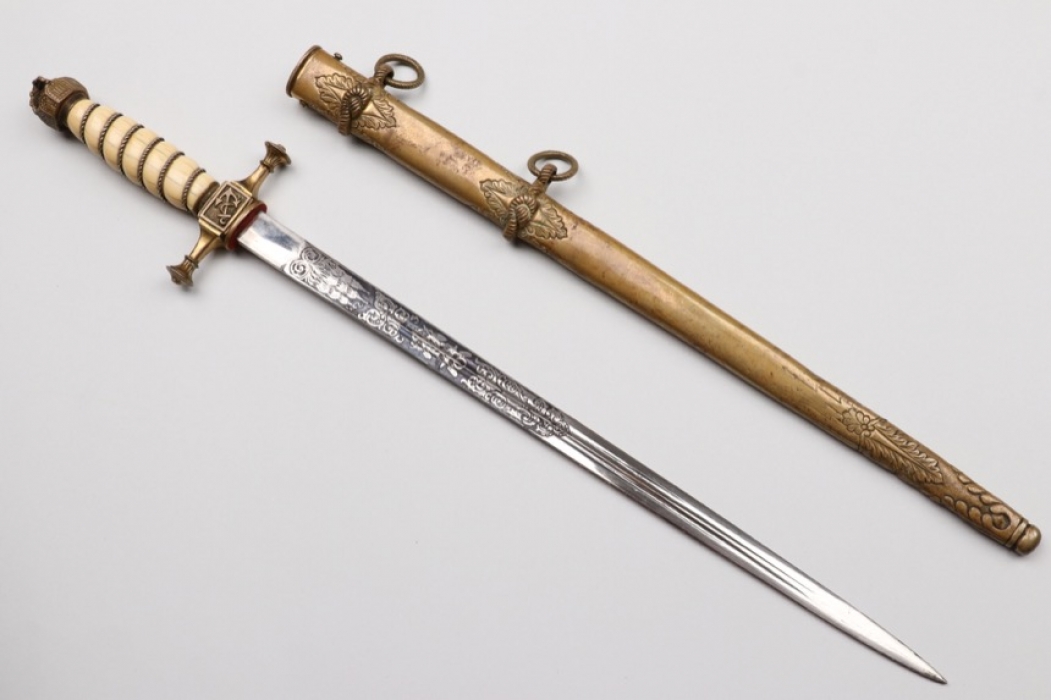 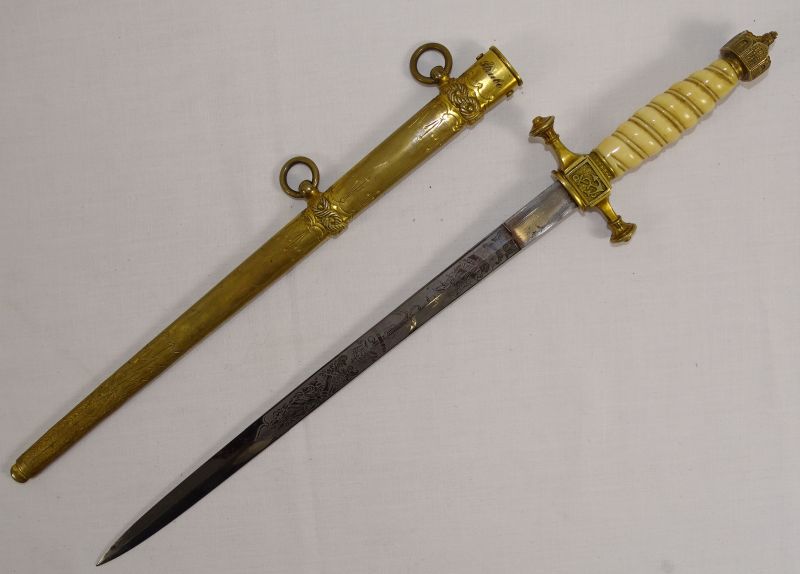 Re: Does anyone know the difference between an M1890 cadet dagger and an M1901 officer's dagger (long dirk variant)?

Re: Does anyone know the difference between an M1890 cadet dagger and an M1901 officer's dagger (long dirk variant)?

As seen above, there are examples of M1901 long dirk variants, along with M1890 daggers without wires. How would one tell between examples of both models that lacked wiring? Sorry to be a bother.
Top
3 posts • Page 1 of 1