Discussions on all (non-biographical) aspects of the submarine forces of the Kriegsmarine.
6 posts • Page 1 of 1

Greetings to all!
Foto shows on left, Fregattenkapitan Hans Cohauz with Kptlt. Karl-Heinrich Harlfinger of U 269 sometime in 1943 at Bergen.
I have never seen a clear foto of Harlfinger so if anyone can confirm my thought, please comment.
Karl-Heinrich Harlfinger committed suicide on 21 March 1944 (Busch & Röll, 1999). He was a member of Crew 1935 but his commissioning as a Leutnant zur See was delayed, resulting in his promotions through the officer ranks being with Crew 1936.

Harlfinger shot himself in Hotel Majestic in La Baule, France. He was actually a life-affirming man who contracted a sexually transmitted disease. Commander of the 6th Flotilla - Carl Emmermann - decided to pass on punishment for the matter. Harlfinger feared military punishment and service dismissal and stigma and decided to end his life.

Hello
Its not Harflinger. Its Reinhart Reche of U 255 in Bergen.
regards
stril
Top

Hi.
Thanks! Will keep looking. I think this is Reche also 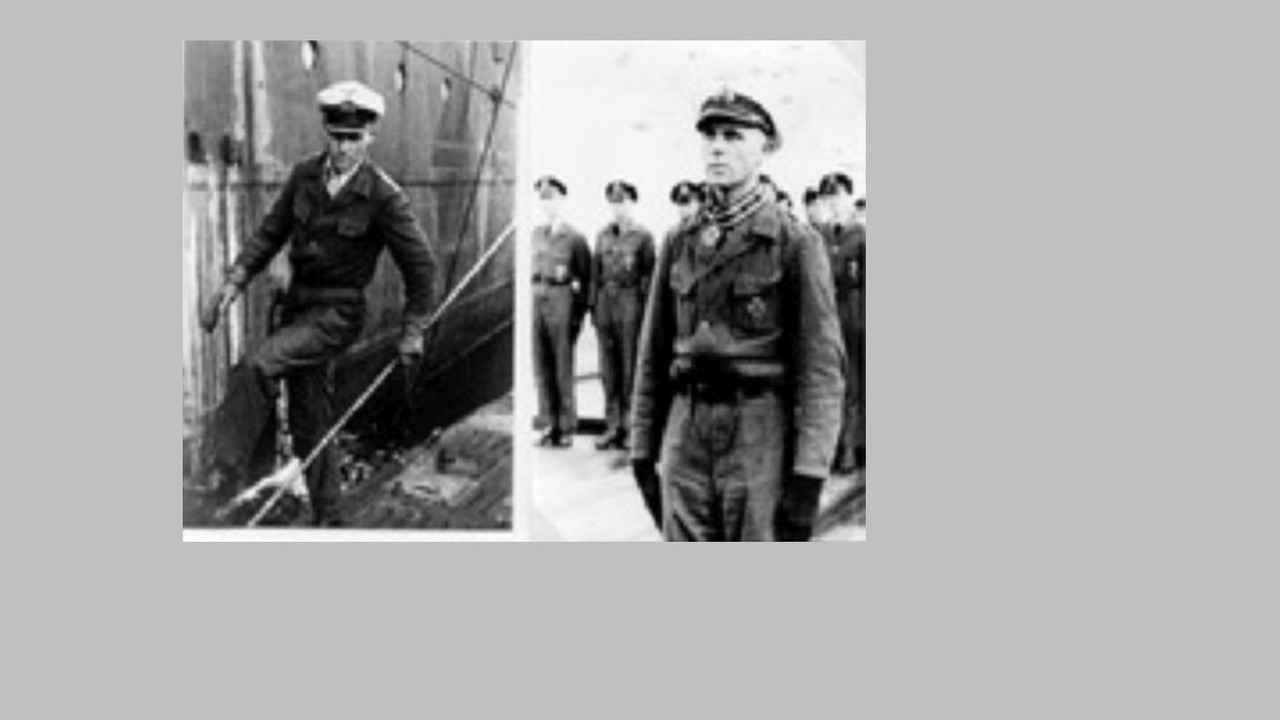 With reference to Reche and U 255, I happen to be the owner of an original Kriegsmarine sextant used by a U-boat man named Hermann Schulz who served as Obersteuermann (Quartermaster/Navigator) aboard Reche's U 255 from November 1941 until July 1943. In 1944 he was made a Kriegsoffiizier (officer promoted from the ranks), Leutnant zur See, after training for commander promoted to Oblt.z.S. and appointed captain of U 2369, then of U 2327. After the end of the war he made his living as a deck officer in the West German merchant marine in which capacity he used the sextant he had rescued from U 2327 before she was scuttled on May 6, 1945. He died in 1998 at age 85.
Gert
You do not have the required permissions to view the files attached to this post.
Top

Here are some scans of the sextant. The white area on the instrument is where Schulz had post-war "de-nazified" it by filing off the forbidden eagle and swastika logo that was stamped on all Wehrmacht-issued hardware and equipment. The maker is Plath of Hamburg, a firm known for the high quality of its products. Despite its age and obvious use, the sextant is still in good working order.
Gert
You do not have the required permissions to view the files attached to this post.
Top