Discussions on all (non-biographical) aspects of the submarine forces of the Kriegsmarine.
12 posts • Page 1 of 1

depends on the distance arcs being chosen for each torpedo. 3 torpedoes could be for one large target with little spacing between or three different ships as in a congested convoy where bearing could change quite a bit per torpedo.
Top

Spread of the salvo is dependent on factors like the length of the ship and distance, which is entered by whomever is at the Torpedo Data Computer in the conning tower.

In practice using a Salvo is recommended for ONE target to increase chances of hit success/decrease chances of a miss and failure. This is mentioned in The Submarine Commander's Handbook ("U.Kdt.Hdb.") 1943 (https://maritime.org/doc/uboat/index.htm) - when the "fan" pattern is mentioned this is reffering to the Salvo function of the TDC - which fires 2 to 4 torpedoes one right after another in quick succession. While I don't know the exact rate of fire of a Salvo, I think it's like 1 shot a second or less even... but not all at once.

Here is an excerpt:

"171.) As far as the supply of torpedoes allows, several shots, in the form of multiple discharges (double or three-fold discharges) should be directed against worthwhile targets, even at short range, and when the data (calculations) are not in doubt. In this case, all the torpedoes should hit the mark, in order to ensure the annihilation of the enemy. This means that the torpedoes should be fired at different parts of the target.

172.) If the range is over 1,000 m, or if there is uncertainty as regards the aiming data (high speed of the enemy, several torpedoes (2, 3, or 4) should be released on the "fan" pattern. The idea is to make sure of one hit. It is better to score only one hit than to miss the target with each of several consecutive shots.

The target should therefore be covered by aiming at the boundaries a the area of dispersion on the target; i.e., the shots should be spread by the width of the dispersion area in relation to one shot aimed on the basis of the estimated data (if 2 or 4 shots are fired, in relation to an imaginary middle shot)."
Top

The time interval between torpedoes during a Fächerschuss (fan shot) is 2.3 seconds. 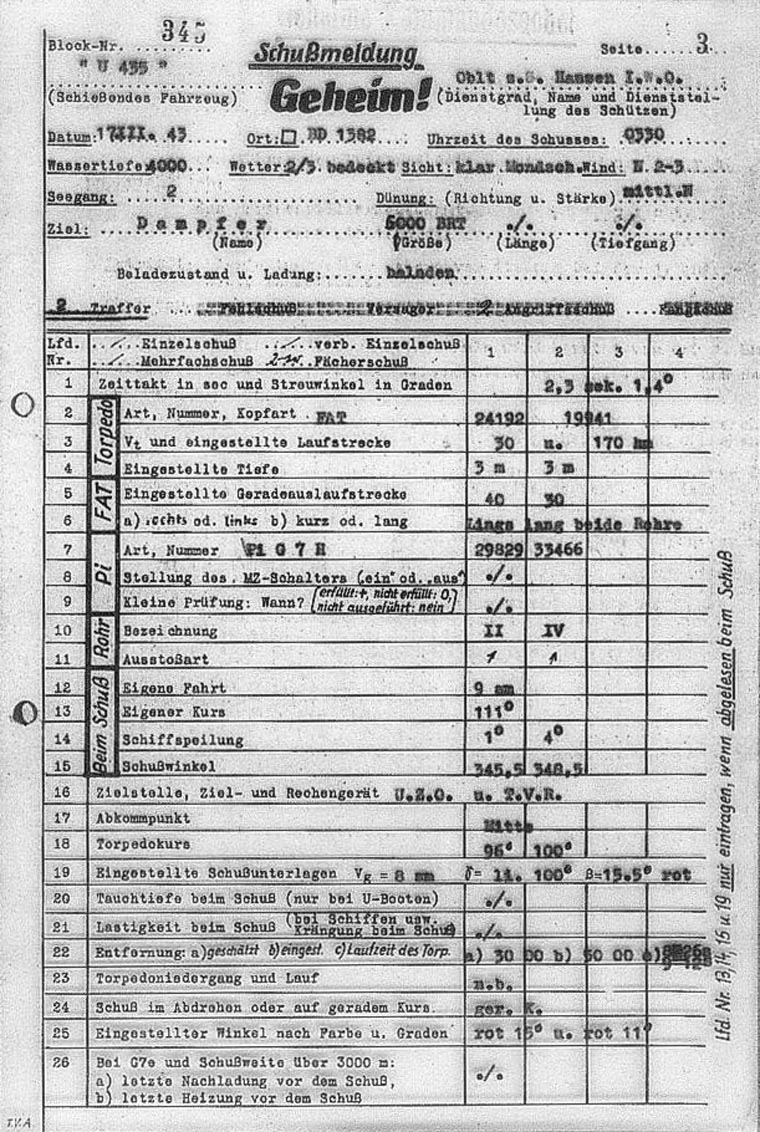 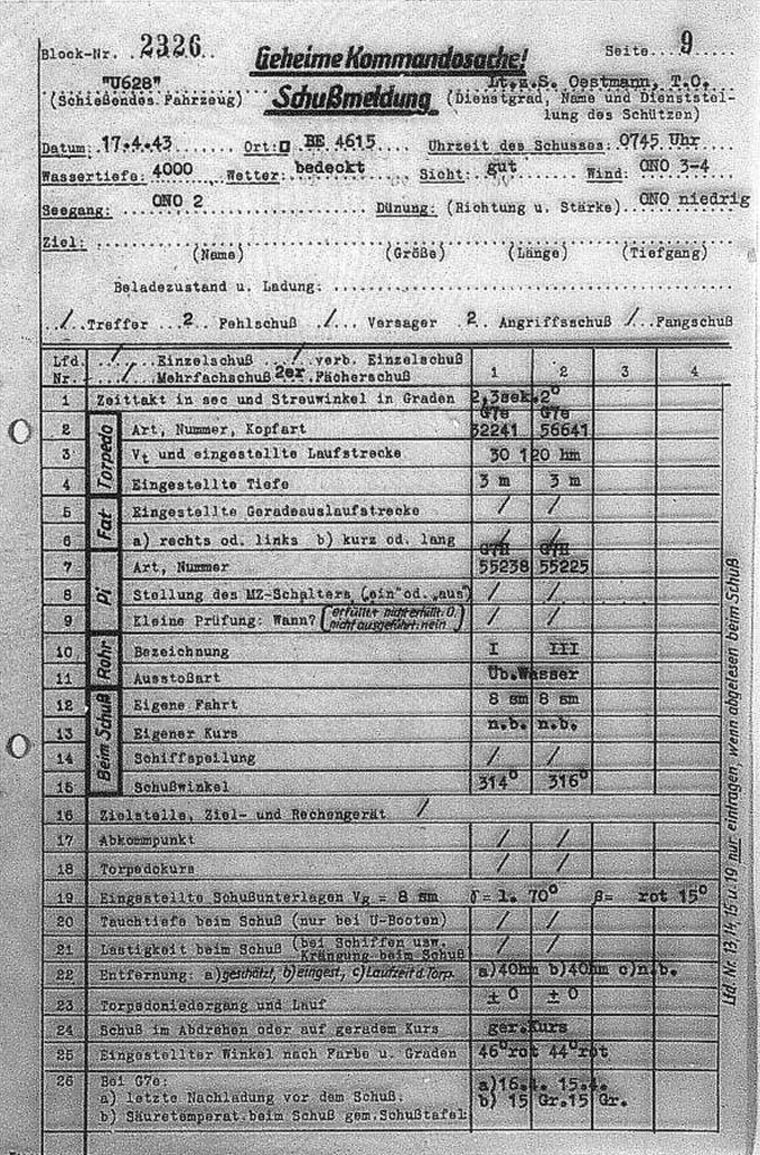 Wow, thanks alot, (just realized that the submariners handbook is something i need.)

Well, in this case its a specific target, a steamer in the baltic in 1944.
Ship: 50 meters long doing about 10 knots
8-9 kabels to the target.
So I suppose that (in this case a russian submariner) tried to make a fan pattern to ensure hit.
One torpedoe hit and sunk the ship.

Is there any possible way to get a hold of a submariners handbook from the soviet during ww2?
Top

You are probaby right, Igorr.
I will check with Morozov,

There were three ways of spreading the salvo.
1: Angular spreading (varying the course for each torpedo)
2: Interval spread (launching the torpedoes with a time-interval)
3: Intervalled angular spread (combing the beforementioned methods)

Different aiming-points for each torpedo (spread over the targets full length).

The variables (course/time interval) would of course be detrmined by the context, but typically 1-4 degrees / 3 seconds or more.
You do not have the required permissions to view the files attached to this post.
Top

A more complex situation involves using the option of preseting the torpedocourse.
You do not have the required permissions to view the files attached to this post.
Top

After modifying the G7a(TI) torpedoes in the 1960's with wiregiudance (Norway and Denmark), the time intervall tactic were implemented as the standard tactic for 2 or 4-salvos attacks.
The salvo would be guided on a almost parallell opposite course of the target, and then turned about 90 degress at the targets course, making the torpedoes crossing the targets course simultaneously with a distance apart approximately covering the full target lenght.
Top
12 posts • Page 1 of 1