Discussions on all aspects of France during the Inter-War era and Second World War.
2 posts • Page 1 of 1

1. Was this camp once used as Stalag 221 for Allied POWs?
2. When did Camp Annamites begin operation as a POW camp for Germans?
3. Are there any photos or other sources of information for Camp Annamites?

Anything else related to this facility I am interested in.
Top

The 221 was not a stalag, mainly in Germany, but a Fronstalag as all the others in occupied France intially for the first POW's of 1940 then reserved for colonial indigenous from North Africa, Africans, Indochinese and some non-whites French citizens while their europeans comrades were sent precisely to the stalags
the camp of Annamites, mainly for North Africans POWs, was one of the camps belonging to the Fronstalag 221, the area was liberated the 26th august 1944 but it doesn't mean that it was converted into Depôt of Prisoners n°183 ipso facto, this one not seeming to be raised before early 1945

you have two pictures of the wooden barracks in this book in 1945
https://books.google.fr/books?id=reg7Aw ... tput=embed

the name of the camp came from the Great War, built for Indochinese workers of the gun-powder factory even if the exact Asian origin was not clear for all as seen below

picture coming from a Bordelais member of our forum I think, showing the portal
http://bordeaux3945.forumactif.com/t309 ... int-medard 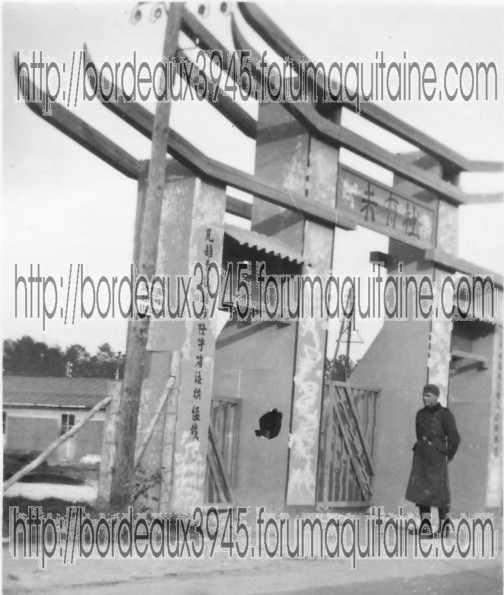