Discussions on all aspects of France during the Inter-War era and Second World War.
12 posts • Page 1 of 1

I am interested in these French police forces ( gardes mobiles casqués ), where can I find information about its history.
( It doesn't matter in French language )

Thank you.
You do not have the required permissions to view the files attached to this post.
" The right to believe is the right of those who don't know "
Top

I guess you are talking about Gendarmerie mobile.
The Gardes mobiles were military units during 1870-1's war. They were dissolved just after.

The Gendarmes mobiles were created after WWI and were substituted by the famous CRS created by Vichy during WWII.
Their main purpose was to break the demonstrations (communist mainly) and hit the protesters.
Top

They are not policemen (civilian force) but Gendarmes (military) of the Garde Républicaine Mobile (GRM) created in 1921
as Gendarmerie Mobile renamed Garde Républicaine Mobile in 1926-1940, Garde 1940-1944, again Republican Guard until 1954 and still exists today as Gendarmerie Mobile its initial denomination,
This branch of the Gendarmerie was organised in Légions to Pelotons Mobiles (PM) across the territory and in garrison in the barracks of the majors towns urban centers for Public Order anti-riot tasks while the main branch of the Departemental Gendarmerie is scattered in small brigades/posts mainly in rural areas

in september 1939 the GRM gathered 21 000 gendarmes in 14 Légions divided in - 54 Groups - 167 companies - 492 Pelotons (Troops)
of which 285 foot troops, 156 horse troops and 51 motorcyclists troops
it existed also an autonomous Special Group with 2 tank companies and one machine-gun company

Thanks to both of you

I found a good page of the subjet ; http://polices.mobiles.free.fr/gmr/bour ... nnais.html


Are these Gendarmerie uniforms ?
You do not have the required permissions to view the files attached to this post.
" The right to believe is the right of those who don't know "
Top

yes, of the Guard, former Mobile Republican Guard until 1941, the grenade, military symbol betrays the military status and branch/arm of the Gendarmes, both Departemental and Mobile
in 1940 la GRM was reduced to 6 000, separated from the Gendarmerie, in order to be kept and counted among the allowed 100 000 military personnel of the French metropolitan Army of Armistice, excluding Gendarmerie and further AAA forces 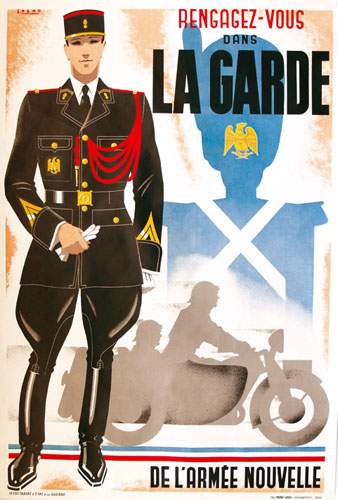 the link is off topic as it concerns les GMR and not la GRM of this thread, archi-frequent confusion until most serious historians
Top

From the left to the right :

Captureecran.PNG
You do not have the required permissions to view the files attached to this post.
Last edited by Loïc on 11 Oct 2022 21:29, edited 1 time in total.
Top

How could they wear police calot since Gendarmes were not the police ?
Top

David un bonnet "de police" despite its name has nothing to do with the police-security force but is something belonging fully to the military terminology and the military uniform of the Army since the 18th century, the name came from the punished soldiers wearing it in the "salle de police" within the barracks, but actually they could wear it also outside in many others cases situations in their military daily life other than wearing the great uniform or the field combat uniform and at some periods even in such occasions, the calot or bonnet de police is operating a great come back among the units in today French Army, for my taste the beret is better 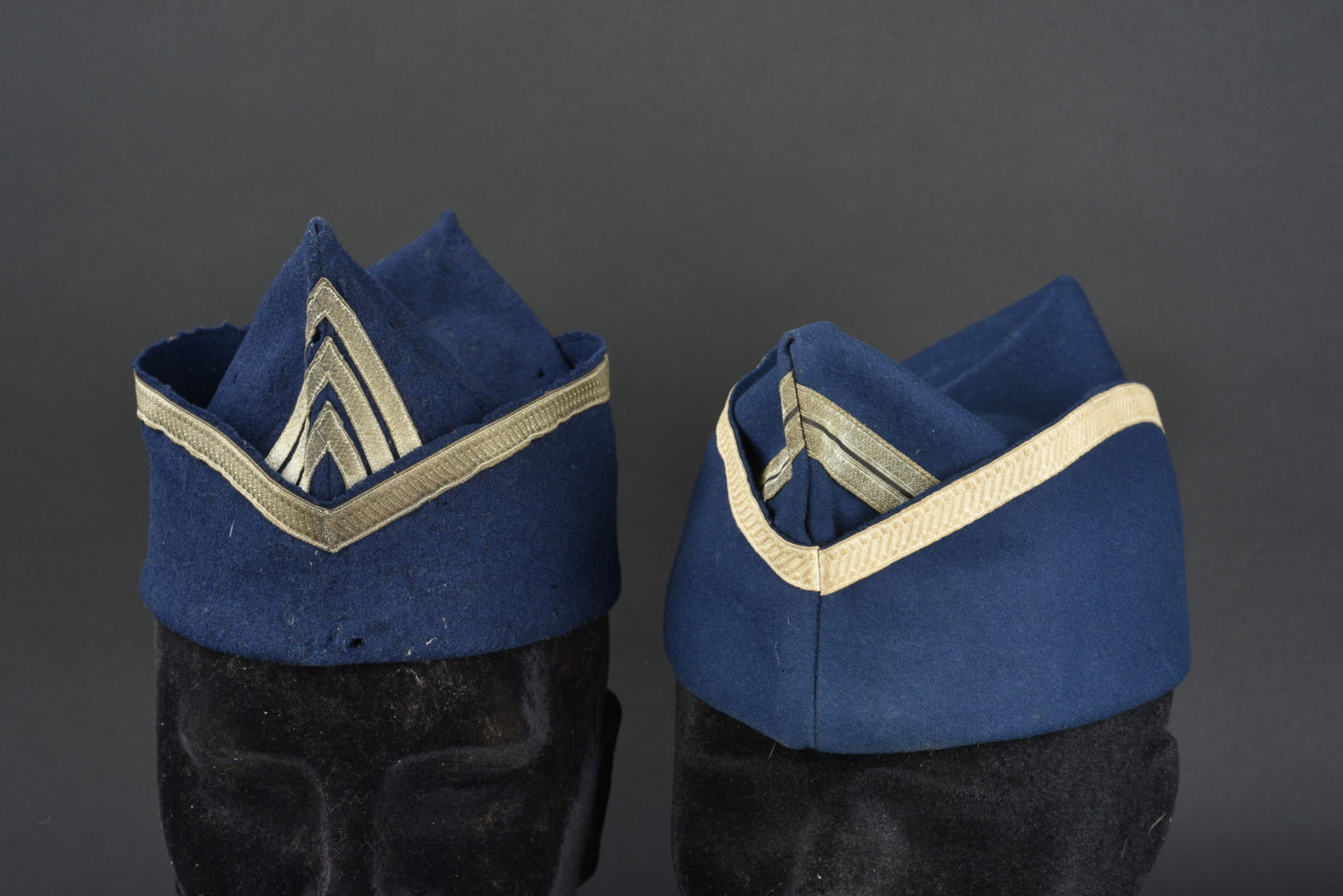 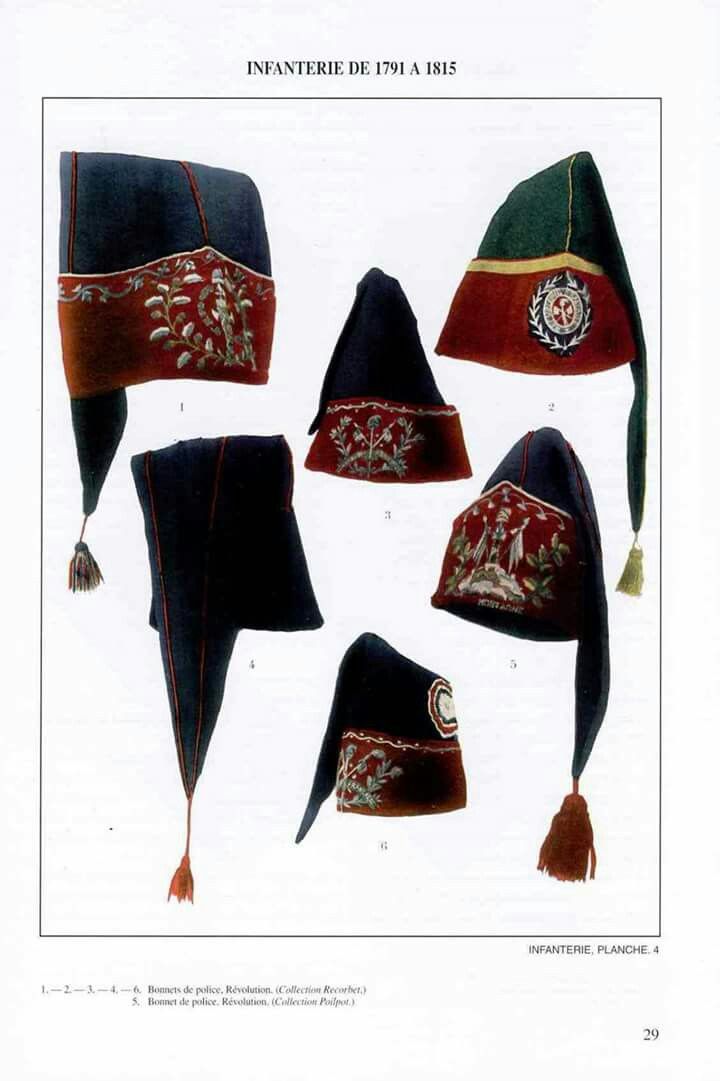 at the time of Indochina & Algerian Wars 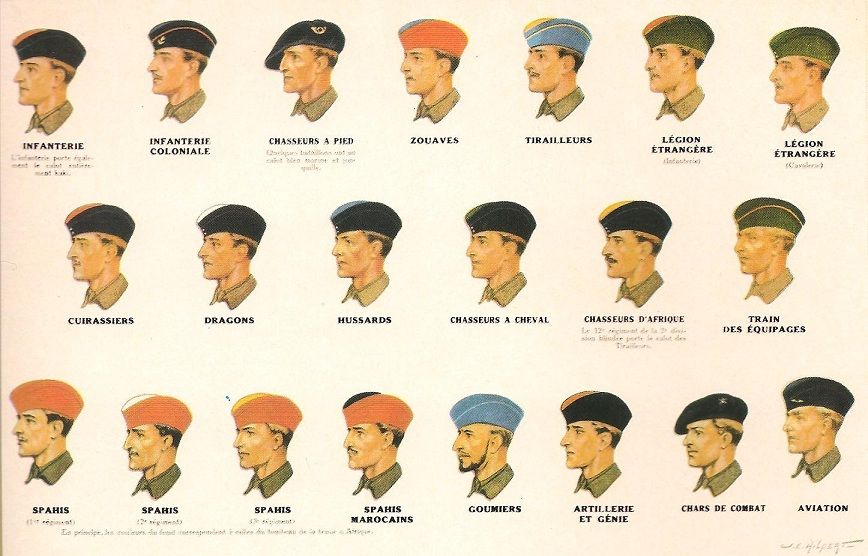 Alright for their headgear, but what about the color of their uniform ? they are quite darker... not looking like a typical gendarmes uniform (more likely beige).
Top

Beige?...living in rural France - 'gendarmic' zone par excellence - so the traditionnal colour of the Gendarmes is the usual dark blue and black with the black stripes on their blue pantalons, the way to distinguish departemental and mobile is the white-silver/yellow-gold distinctive of the buttons and others elements

I remember when I was child they can wear also a summer uniform in a beige shade popularized by Louis de Funés's brigade of Saint Tropez comic movie but it was only shortly in summer and it has ceased to be wear a long time ago I think, except maybe Overseas
thinking about that I wonder if they didn't cease to be wear in order to not be not associated with such very popular serie of comic movies for matters of images of the Gendarmerie, respect and credibility of these military personnel of law enforcement...

however the traditionnal colour has always been the black and dark blue, they are not often seen with their calots/bonnets de police in past pictures
https://www.rgse.fr/2e-guerre-mondiale/ 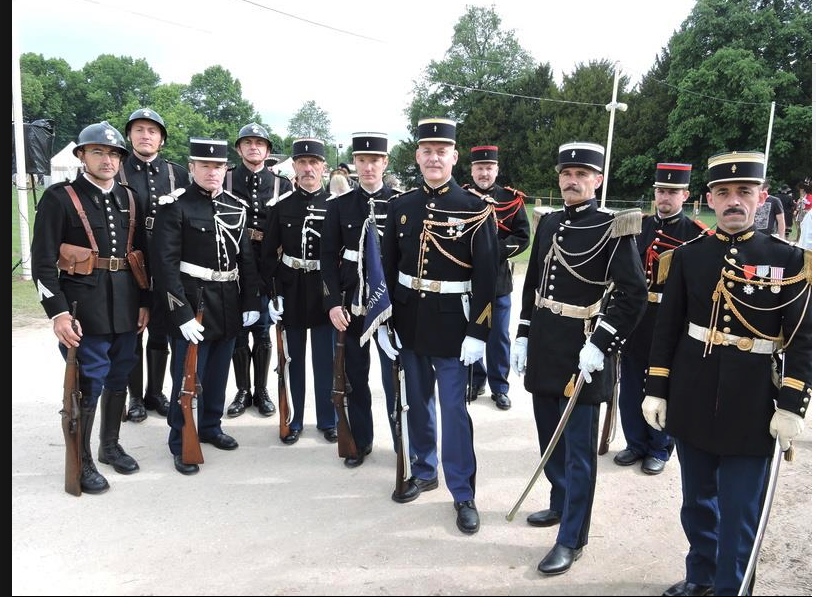 You are right. The gendarme de St Tropez and Luis de Funes just misled me