Discussions on all aspects of the The United Kingdom & its Empire and Commonwealth during the Inter-War era and Second World War. Hosted by Andy H
4 posts • Page 1 of 1

how many Auxiliary Military Pioneer Corps Foreign Labour companies, numbered in the serie 700, were formed in 1940 for the BEF in France from the German and Austrians prestataires?

around 5300 Germans and Austrians living in France had to be mobilised in june 1940 in the Prestataires Foreign Workers/Labour units, they formed new Compagnies de Travailleurs Etrangers of the French Army but the British Army had also its own companies :

Alfred Wald (Austrian) Sergeant in the «705th Company» (Major G.A. Musitano)
mobilised by the Dépôt d'Artillerie n°4 (Le Mans, French Army) the 18th may, sent to the 705th Foreign Labour Company of the BEF near Rennes in Britanny 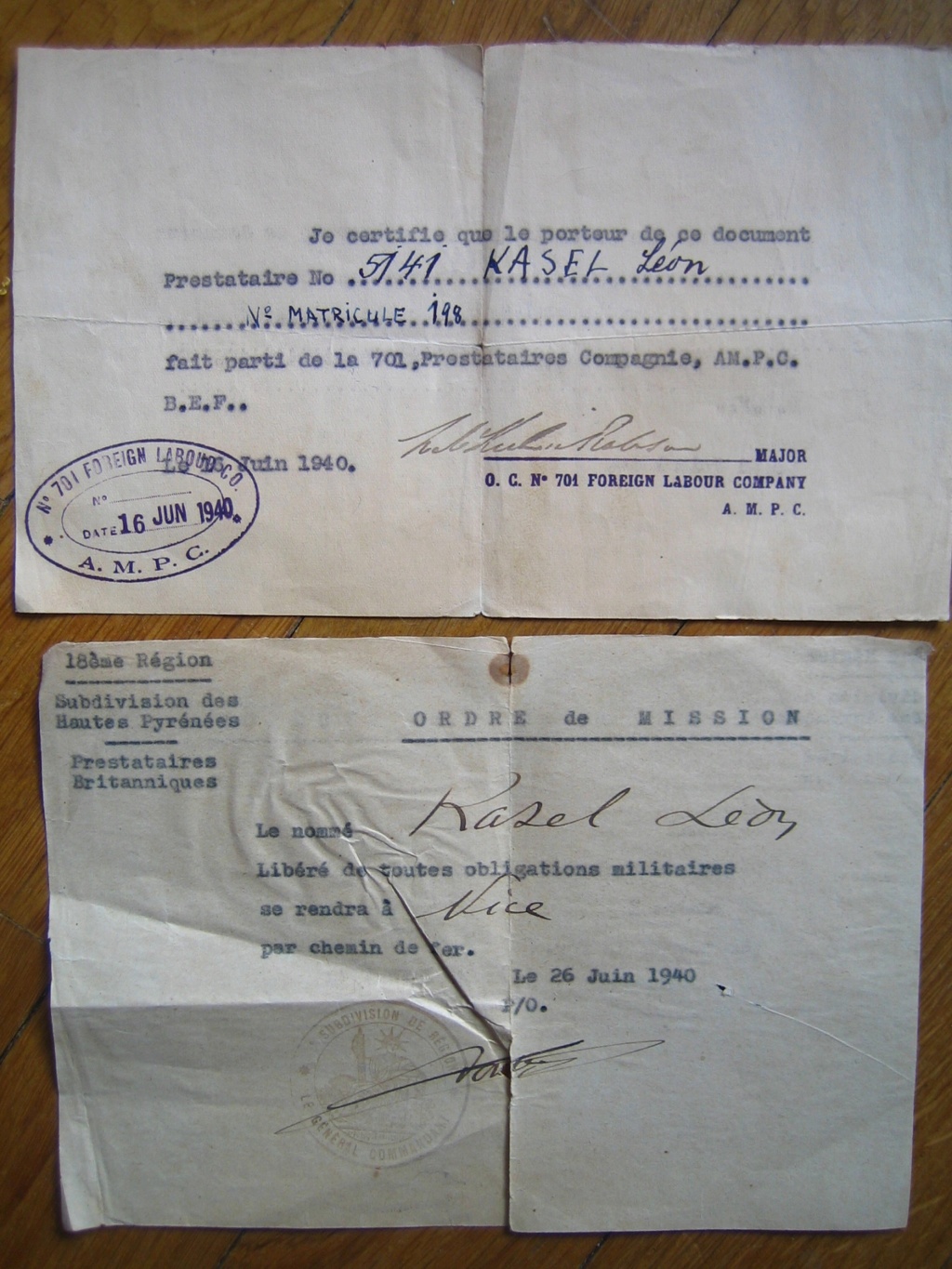 paper shared from a compatriot in this thread
http://www.passionmilitaria.com/t177371 ... -de-scouts
Top

This may prove useful

They ranged further than France.

My girlfriend's Austrian grandfather passed from the pioneers to the engineers and was killed in Burma in March 1944. Records of his fate are only available to his next of kin and his daughter, my girlfriend's mother, who cannot remember him, is reluctant to ask for fear of what she might find out about his death.