Discussions on all aspects of the The United Kingdom & its Empire and Commonwealth during the Inter-War era and Second World War. Hosted by Andy H
7 posts • Page 1 of 1

There were many others from which it is possible to contrive twenty-nine. Off the top of my head before I go to sleep:

There were Jewish and Greek Brigades. The Royal Yugoslav forces in exile were there (and possibly some royalist Albanians?). The Caribbean Regiment was there briefly and was drawn from eight different West Indian colonies. Several Indian States battalions served in Indian Army divisions. The Gurkhas were Nepali. There was a Newfoundland artillery regiment (Newfoundland was not then part of Canada). I think there may also have been a Puerto Rican regiment. What do the Black American Division and Japanese-American regiment count as?

Weren't there some Rhodesian Air Force units? Maybe still some Australian Air Force hanging around? The British did have some African troops in their lines of communications services, and I see mention of a Mauritius Pioneer Company in one OOB.

Would they have counted Irish, Scottish, and Welsh Regiments as separate nationalities? If they did and also counted Moroccan, Algerian, Tunisian French forces as separate (I assume they would and should), then I count at least 25 nationalites mentioned already in this these posts. A few others we missed or some more obscure rear-area troops or units that served for short periods, and 29 nationalities is very realistic.
Top

The British recruited labour forces from several independent states - protectorates in Southern Africa. Bechuana, Basuto and Swazi people were recruited for the African Pioneer Corps. Unlike black men from the Union of South Africa, these men were armed and served as pioneers and in smoke generation and heavy AA Units. There were some 35,000 of them.Those that served in Italy took part from Sicily and Salerno onwards. As a footnote some were retained in Palestine after the end of the war and trained as infantry for peacekeeping between the jews and arabs. Lots mere here http://www.thuto.org/ubh/bw/ww/wwp0.htm
Top

As Sheldrake has eluded to, 100,000 Pioneers serving in the Pioneer units of the Med, would add several nationalities to the list. Plus all those serving
in the other services arms-RASC, RAMC, RE, RA and Signals. Along with the African territories personnel, you could add those from Ceylon serving in the RASC, Mauritius (Pioneers) Seychelles (Pioneers)

Outside of the Pioneers would be the Cypriot Regiment (Greek & Turkish Cypriots), Caribbean Regiment, Palestine Regiment,

I am sure that a closer look will turn up even more allied formations, such as the 4th Troop (Belgian) of the 10th Inter-Allied Command, or depending on how you count there may have been Danes serving with the 1st or 5th Battalions of The Buffs in Italy.
Kind Regards
Steen Ammentorp
The Generals of World War Two
Top

I am sure that a closer look will turn up even more allied formations, such as the 4th Troop (Belgian) of the 10th Inter-Allied Command, or depending on how you count there may have been Danes serving with the 1st or 5th Battalions of The Buffs in Italy. 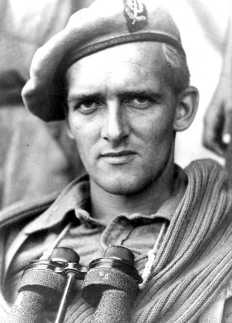