Discussions on the equipment used by the Axis forces, apart from the things covered in the other sections. Hosted by Juha Tompuri
1 post • Page 1 of 1

Good afternoon all, how are you doing?

It is a known fact there is little information about scopes that were used on Carcani.

Since I noticed there are just a few websites that have information about these scopes, I thought it'd be a good idea to have a thread to leave everything people keen on them know.

To my knowledge, for example, I know of the existence of a prismatic scope developed by Salmoiraghi (I heard it was very related to La Filotecnica, but information out there is very confusing, since one can easily get there were the same company), which had internal elevation/windage adjustments by turrets. Since it was prismatic, we can almost take for granted it had above-avergage magnification, but nothing is known about the reticle (given scopes during WW1 by Italy had crosshairs or pointed post types, maybe the formula was repeated, but it'd also possible that they sported a German post type). Only experimental, seems only a handful of them were fielded for testing.

Some images I found of it, below: 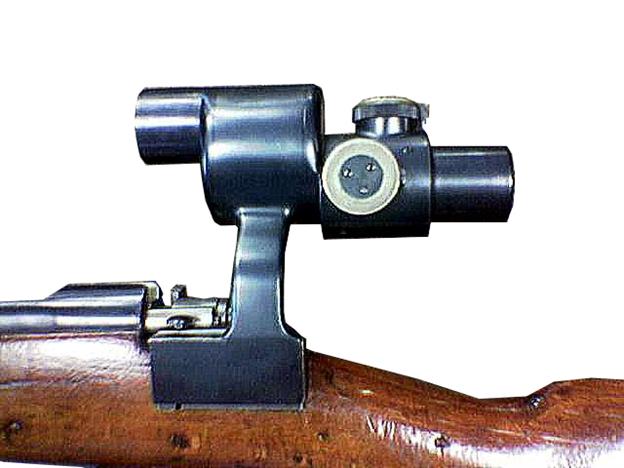 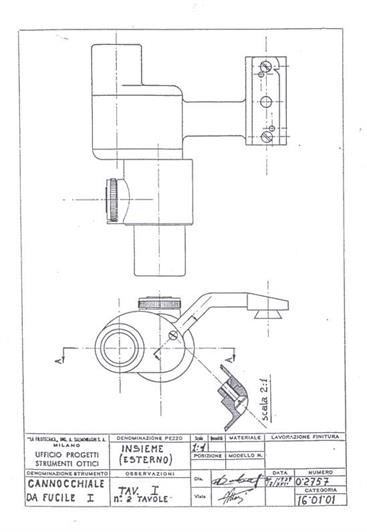 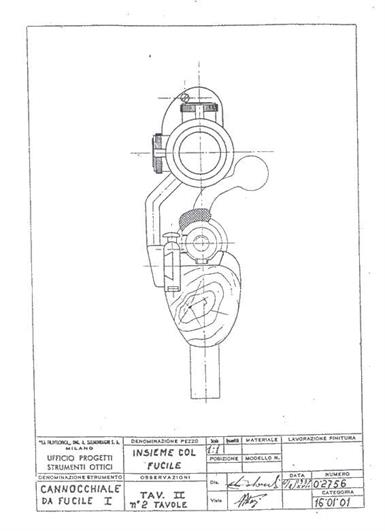 (drawing made for 1996 calendar of the Museo Delle Armi, in Terni)

Another example I know of, and of which it's been heard a lot, is the side mounted scope made by Beretta, and which was found mounted on a M38 that apparently saw action in Africa, with SS marks.

The image gallery, below:

To me, it looks legitimate, despite how weird is that Beretta produced them (which doesn't mean it was developed by that company).

One detail I noticed is that the scope has a missing turret on its right side, which could be for windage (it has the elevation one on its place). It could make sense, since the scope's mount doesn't seem to allow any adjustment. The scope also is painted with a sort of khaki silica paint (the site says it might've been so for camouflage, but it could be possible it was done to make it more resistant to the strong African sunlight. If other examples, which were used in Europe, were painted like that, I don't know, but seems possible (just to offer a layer of protection, in a similar fashion R.E.L. from Canada did it with the N°67 scope and others). I don't know anything about the reticle, but it could be easy to think it was German post type.

Another example I heard of, but to a lesser extent, was another model, developed by La Filotecnica, which was 4-power (and of which several clones were made apparently, but seems confusing).

It seems an experimenal mount was developed for use with German optics as well (cannot recall source at the moment).

WW1-dated scopes made by La Filotecnica, Amigues-Huet, and Scheibler seem to have been used during WW2 as well (since some of them were overbore mounted, a sort of loading mechanism to be fed from below the rifle, was tested). An image of it: 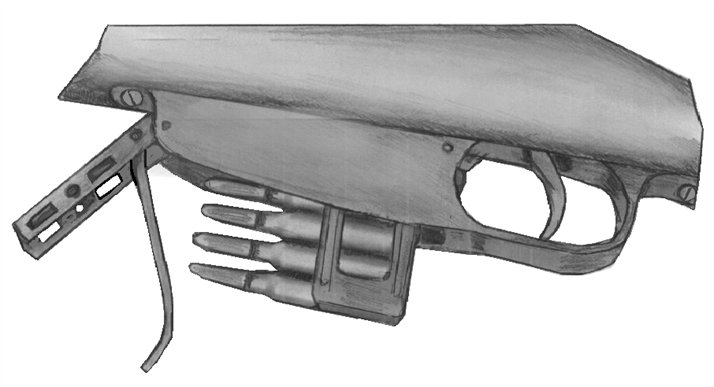 The RSI received sniper training and material from Germany, including camo gear, rifles, and scopes (most likely already mounted on rifles), and a new designation was coined for snipers: "franchi tiratori".

Below, a very interesting manual for Italian snipers, including the scopes provided on Kar98k rifles given to the franchi tiratori, and what it seems to be a very rare domestic scope:

https://www.il91.it/Manualesniperita.pdf (Sorry, but it's in Italian. Perhaps can be solved with a translator app with scanning option though)