Discussions on all aspects of the First World War not covered in the other sections. Hosted by Terry Duncan.
161 posts

The idea of this sticky is to collect recommendations on good books dealing with the First World War.

Please post the title, author and a short (or long) explanation as to why you feel that particular title deserves to be included.

If you buy through the below links you not only get the books you want but you also support the forum while shopping!
* AHF Bookstore
* Amazon.com (UK, Germany)
Last edited by Marcus on 03 Nov 2007 19:34, edited 1 time in total.
Top

The best book ever. The begining is somewhat boring, but gets extremely exciting.
Top

The Pity of War,by Niall Ferguson.

1. Was war inevitable?
2. Why did Germany’s leaders gamble on war in 1914?
3. Why did Britain get involved in a Continental war?
4. Was the war really greeted with popular enthusiasm?
5. Did propaganda and the press keep the war going?
6. Why did the huge economic superiority of the British Empire not inflict defeat on the Central Powers more quickly, and without US assistance?
7. Why did the military superiority of the German army fail to deliver victory over the French and the British on the Western Front?
8. Why did men keep fighting in the appalling conditions?
9. Why did men stop fighting?
10. Who won the peace? 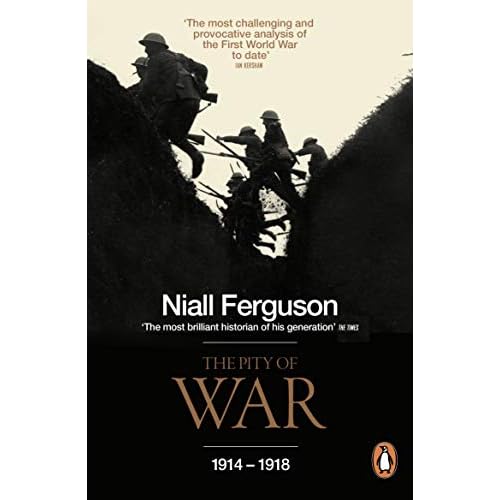 For an overview (for those who speak German):

"... the most up-to-date interpretation of the war's outbreak" 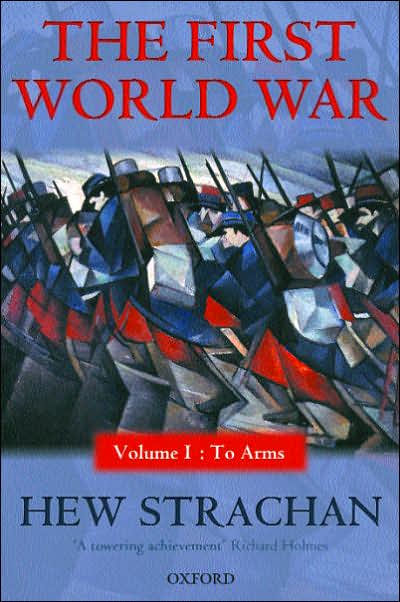 The First World War: Germany and Austria-Hungary, 1914-18 by Holger Herwig.

The definite history of the Central Powers in the war.
Top 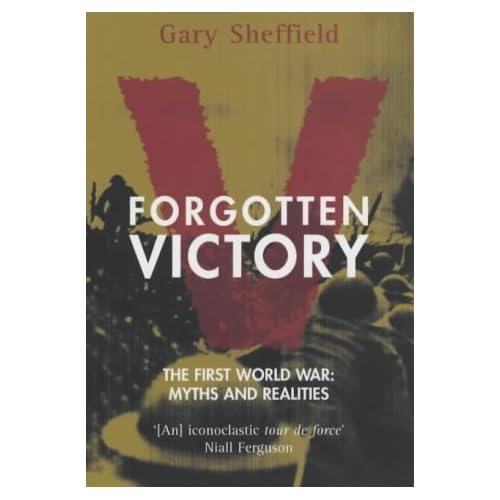 Griffith's play on BEF tactics in the last years of the war--in his view infantry tactics equivalent in success to that of the much vaunted German stosstrupp.
Top

'The Price of Glory: Verdun 1916' by Alistair Horne

Although this is an old book, it dramatically shows how France won its Phyrrhic victory. 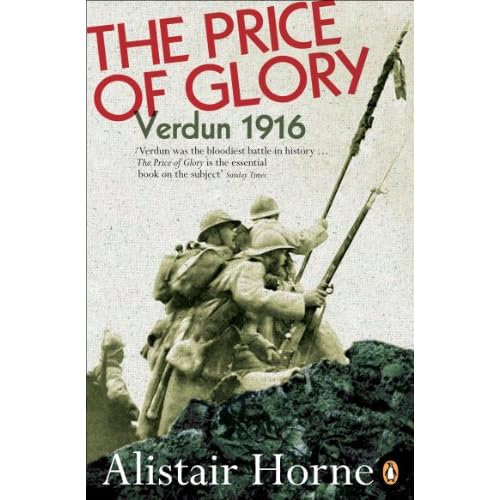 Without the nice picture links, I would recommend 'To Arms' by Huw Strachen as the best modern voulme on the subject, and 'To win a war' by John Terraine to cover the entire 1918 situation and battles.

Why the British/French/Russians/Italians fought First War

The story of how the documents were acquired and telegraphed
is in: The First Casualty (1975), by Phillip Knightley. page 149

"This was confirmed by the Russian release of all the secret
treaties negotiated between the Czarist regime and the Allies.
Phillip Price scooped the world here by calling on Trotsky
and asking if he could print the treaties in the Guardian.
Trotsky could not see Phillips Price, but sent his secretary
out with a bundle of documents and a message that he could
borrow them overnight. A quick look convinced Phillips
Price that he had the original treaties and that they were
political dynamite. There was an agreement giving France
a free hand in western Europe on condition that Russia had
a similar free hand in Poland; there was a cynical bribe for
Rumania, if she would enter the war, by the offer of the
Banat with its Yugoslavs, the Bukovina with its Ukrainian
population, and Transylania with its Magyars; there was an
agreement splitting Persia between Britian and Russia; and,
finally, there was the infamous Sykes-Picot agreement,
dividing much of the Arab world among the Allies. Philips
Price translated the documents, working through the night,
and then telegraphed them in four or five dispatches to the
Manchester Guardian, in which they were published in some
detail at the end of November"

The First Casualt is worth reading. Just as worthy is the much
newer book, Desperate Deception by Thomas Mahl
Top

I have just finished " Jackboot" the story of the german sooldier by John Laffin.
It gives a good insight into the militarism inherent in the German psyche since the time if Frederek the Great and profiles wonderful people such as Scharnhorst and Gneisenau.
An English visitor to Germany could not understand the martial qualities of the German nation and had this explained to him;
" think of Germany as an inverted triangle, the whole of German society rests on the spike of the german soldiers helmet".
Top

I'm surprised no one has mentioned this one.

The First World War- John Keegan
Great introductory book if you're new to WWI. Goes over most areas of the war very well. It's also fairly easy to read.
I started reading it a year ago but never got to finish it, hope to pick it up again sometime soon.

And I'll have to reinforce Paddy Griffith's Battle Tactics of the Western Front, good book for clearing up the myth that all WWI was, was people charging over trenches to their deaths.
Top

From the American perspective.

The American Army in France 1917-1919 by Major General James G. Harbord USA 1936. Written by Gen. Pershing’s chief of staff and later 2nd Division commander.
“No one is more qualified to write it than you are.” – Petain, Marechal de France.

The Meuse Argonne: Our Greatest Battle by Major Frederick Palmer USA 1919. The first book about the battle written by a soldier who served under Gen. Pershing in public relations.

America’s Deadliest Battle: The Meuse Argonne by Robert H. Ferrell PhD 2007. The second book about the battle from a perspective almost 90 years later.

The Doughboys by Captain Laurence Stallings USMC 1963. History of the AEF by a veteran. Also author of “What Price Glory”.

Stallings is very readable and is my favorite.
Top

Re: Recommended reading on the First World War

I would like to mention a few books I think are very good on the subject of the First World War, and it's aftermath.

The First World War--A Complete History, Gilbert Martin. This book is not a difficult read but is fairly comprehensive in my view and doesn't pull punches (an example is the account of black Senegal soldiers deserting and retreating to the rear areas to commit rape of French nurses and looting supplies after running away in fear from a German gas attack; after they shot their own officers).

The Zimmerman Telegram by Barbara Tuchman (I'm surprised no one has mentioned her great work The Guns of August). This is the definative work on the key event which led to America entering the war.

When Hell Froze Over--The Secret War Between The U.S. and Russia At The Top Of The World!, by E.M. Halliday. This is a great work on a long forgotten aftermath to World War I, that all of us need to know about and remember; the U.S. intervention against the Bolsheviks in the wake of the Russian Revolution.

The End of Order--Versailles 1919 by Charles L. Mee. This is an excellent book on the personalities and politics of the treaty that set World War II in motion.
Top
161 posts