Discussions on WW2 in the Pacific and the Sino-Japanese War.
1 post • Page 1 of 1

Didn't know where to put this but Pacific saw the most big warship miles traveled.

I'm attempting to model various ships' curves for speed vs. HP, RPM, tonnage, wetted area, hull form factors, etc. I'm going from the basics; it's fun to brush up on the physics...

The biggest obstacle so far is finding good data. For the component of ship drag attributable to wave drag in particular, the basic physics only gets you so far and you eventually need observed data such as towing tank tests.

One seemingly doable goal is to create a spreadsheet(s) that:
I have some other ideas but posting this before I write a tome in case anyone else has already done the work.

Here's some modeling/data so far (open in new tab to read): 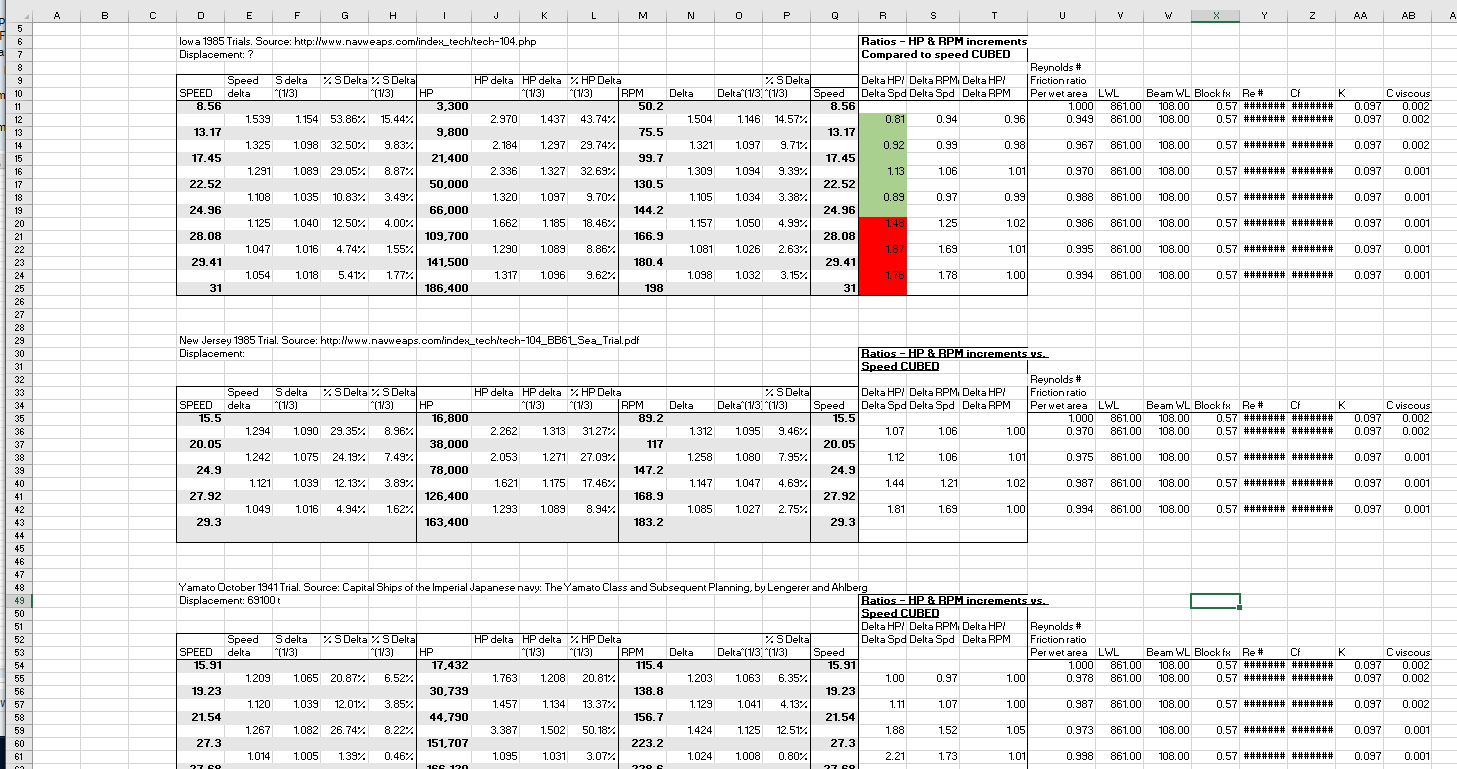 This is BB's Iowa and New Jersey on their trials.

The model scales the speed:HP and speed:RPM ratios in columns R/S to the cube of speed and RPM (and/or cube-root of HP). Column U adds a "Reynolds number friction effect" to account for the declining friction coefficient with speed (this becomes very minor farther up the curve but is significant when comparing low speeds).

As you can see, the Iowa's were really paying dearly for those last few knots. Most folks probably know this ("10,000 tons for five knots?"). Cell R24 calculates that between 29.41kn and 31kn, the extra speed costs 78% more in HP terms than the cubic model would project. (This is on the cubic scale of the model; linear costs are worse)

For comparison, data from Garzke and Dulin show Richelieu paying 16% HP premium-above-cubic between 26.35 and 30.31kn.