Recommended reading on the SS & Polizei

Discussions on all aspects of the SS and Polizei. Hosted by Andrey.
137 posts

volume III of Totenkopfverbände (like 2 others) is extremely well documented and illustrated upon the death head units during the year 1939. Out of organisation, leadership and regulations, it cover employment as well Bohemia Moravia than Poland.
This serie is the reference on the subject for historian and readers.
it would be most interesting that this serie could be completed by Totenkopfverbände at war up to the incorporation into Waffen-SS.
Best regards

Most interesting book upon frontier guards of the Custom Office. Covering the activities of a senior leader (Regierungsrat Alexander Kirmsse ) of this corps in France through Kriegstagebuch. Dealing with various Befehlsstelle activities. First in Dax alongside Ligne de Démarcation near atlantic coast up to Spain 1941 - 1943. Then after South of France was invaded he led the South France area (Mittelmeerbereich) on 1943 and finally Südost Frankriech in Gap (Alps area) 1943 till the end august 1944. Ended the war as US P.O.W. The book is fully illustrated with pics covering activities, staff, showing uniform datas. First time I read a so complete book on "police forces" of the Custom Offices.
Best regards

This is a great resource (pointed out to me by Hucks216).

You can download the 2x volumes of the reference books 'The United States Holocaust Memorial Museum Encyclopedia of Camps and Ghettos, 1933-1945 ' for free in .pdf format here :

You need to enter your name and address to get to the next page which has the download links.

These are otherwise expensive to purchase :

These are useful in researching Polizei/SS/SD/Einsatzgruppe in relation to Jewish Ghettos & towns. The books are split into 2 parts per Volume 1 & 2 parts for Volume 2.

V1.JPG
V2.JPG
Regards,
Gerard
You do not have the required permissions to view the files attached to this post.
Top

I'm gratefull to you for sharing this info.
Best regards

Someone highly interesting someone desappointing

For 22 euros each. It's quite expensive but....some pics are really interesting

I think I will buy following in spite of the warning.

I have been looking at these for years and recently bit the bullet and got all 6 volumes.

I'd agree with much of the assessment above.

They are a bit uneven, some volumes very interesting with some good photographs, others not so much and full of repetition.

They should have been done in one bigger volume rather than broken into 6x smaller books where you lose 8 pages at the front and 4 at the back for each volume.

They also seem a bit random and sporadic, there are entries where one or two are from Poland and the rest from Germany, others where several pages are on one topic and other entries with a single not great image.

It's hard to know how definitive this is intended to be or if it's just a catalogue of someones collection of photographs and postcards which relate to SS & Polizei barracks and schools.
Top

How do you rate volume 5 and 6 ?
Best regards

It's essentially the same as the other volumes. The overall balance of 90>% SS vs <10% Polizei continues.

Re Vol 6 one Polizei barracks is identified by a single photo a Guard standing beside a sentry box with not much of the building visible at all, literally a sentry box against a grey wall with a bit of fence (Mähren).

This is followed by 8 pages on SS Kaserne Klagenfurt-Lendorf, so again the books continue to be very uneven in terms of what gets covered and to what level. I'd have to say these are very overpriced for what they are. This is someones personal collection of photographs and postcards presented in a reference book kind of format. My opinion is that this should have been one medium sized book instead of 6 slim overpriced booklets.
Top

thank you for comments.
Best regards

How to buy origonal SS magazines

I can recommend the following books, some of which have been mentioned before:

- Timo R. Worst: "Career, crimes and trial of SS-Sturmbannführer Gustav Knittel, commander of the Aufklärungsabteilung "LSSAH"", Timo Worst (publ.), 2016. The data that Timo present are very reliable, because he carefully checks his sources (as he has also shown in the AHF posts). Especially the part of the Ardennes Offensive I found a real gem!
- Danny S Parker: "Fatal crossroads; the untold story of the Malmedy Massacre at the Battle of the Bulge", 2012. Very detailed, accurate and definitive story on the killing of U.S. soldiers at Baugnez, Belgium. Despite the grim story, pleasant to read. Highly recommended!
- Timm Haasler, Stefan de Meyer, Roddy MacDougall, Simon Vosters and Hans Weber (in various combinations): "Duel in the Mist", AFV modellers (vol. 1, 2007) & Panzerwrecks (vol. 2, 2012 & vol. 3, 2014). Almost minute to minute account of the fighting in the Amblève valley. Well balanced account from both the German and the American side. Excellent use of sources. Unfortunately, volume 1 may only be obtained for astronomical sums of money. Pity that it has been decided that vol. 4 (which was already in the pipeline) shall not be published after all

- Bohumir Kudlička & Radosław Szewczyk: "Prinz Eugen, the story of 7. SS-Freiwilligen-Gebirgs-Division 1942-1945", Mushroom Model Publications, Petersfield, 2014. Lots of fine quality pictures from Kriegsberichter, good maps and some (slightly inaccurate) diagrams. Very nice colour profiles of tanks, vehicles and even some planes. Worth its money as a good addition to Otto Kumm's divisional history "Vorwärts Prinz Eugen".
- George Lepre: " Himmler's Bosnian division. The Waffen-SS Handschar Division 1943-1945", Schiffer Military History, 1997. Based on George's thesis and the absolute standard work on this highly interesting unit. Unit composition, COs, photos. Great!
- Franziska A. Zaugg: " Albanische Muslime in der Waffen-SS. Von "Großalbanien" zur Division "Skanderbeg". Thesis. Thorough research on the history of Albania and Kosovo, and especially on the recruitment of soldiers for the 21. W. Geb. Div. d. SS "Skanderbeg" (alban. Nr. 1). The only flaw of this great and detailed book is a rather inaccurate table with the commanding officers of this division. But from my own experience I know how extremely difficult that topic is.

Best regards, Merry Christmas and enjoy your reading in good health in 2019! 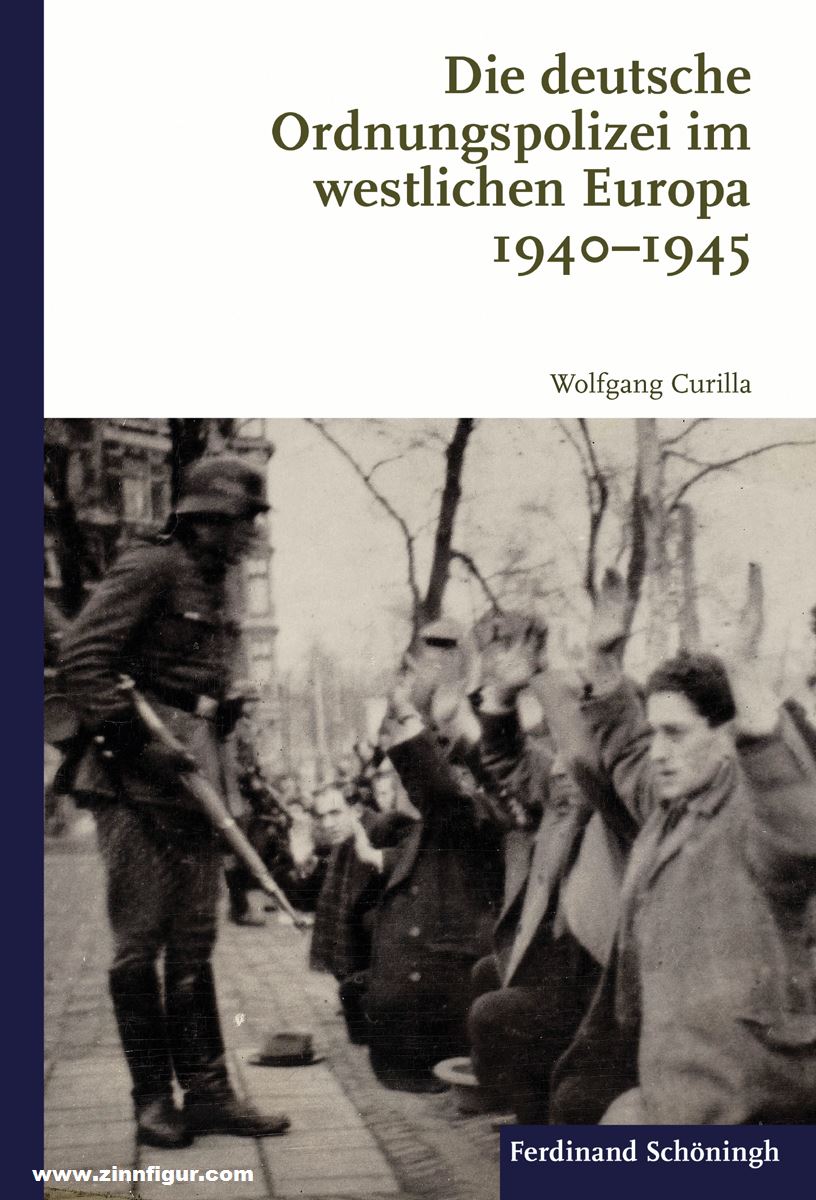 Curilla-001.jpg
Curilla-002.jpg
You do not have the required permissions to view the files attached to this post.
Top

excellent news. I waited for it.
I noticed references to Orpo in annexed lorraine.
Best regards

If you want to advertice your books here, I suggest that you Contact me.

I removed your post as it's against the rules of AHF

I think this could be a useful resource for some people researching Ordnungspolizei in North Italy.

I have no connection to the seller whatsoever btw. This seller sometimes has other editions (Karstjager, or SD Medal documents or Gendarmerie as an examples).

I think these are in part sourced from NARA T-175 but some may be from Slovenian and North Italian archives or document collections.

Index.JPG
Einsatzkommando-Burger.JPG
You do not have the required permissions to view the files attached to this post.
Top
137 posts