Discussions on all aspects of the SS and Polizei. Hosted by Andrey.
10 posts • Page 1 of 1

Hello all
do you know anything about Obergruppenführer Dr. Scheid?
I can't find any information about this man.
Hi was co-worker of Himmler's economic staff.

In regards to a Dr. Scheid, I did not locate any senior SS leader with that last name.

I know
but I found his name in Hugh Thomas's book "SS-1. The unlikely death of Heinrich Himmler".

He is fiction, along with much of Thomas' book.
Max.
Top

Max what dou think about meeting in Hotel de la Maison Rouge in 1944?
Thomas wrote that Dr. Scheid lived in this hotel in room number 6 and 7?
He changed names or created fiction?
Did you read "Red House" report?

many question... thanks for request.
robert
Top

Hi Phil
fiction? everything?
Was a meeting in Hotel de la Maison Rouge with Himmler's agent and representative of German war industry or not?
Thomas gave a lot of notes and archival informations. It's fiction too?
I find it hard to belive that his book is fiction in 100%...

I have more information about this alleged Obergruppenführer Dr. Scheid.

"Dr. Scheid" is the main protagonist in the so-called Red House Report, a wartime French intelligence report of very dubious value, unconfirmed and based on the say-so of a single French agent.

In that report Scheid is said to be an SS-Obergruppenführer acting on behalf of Martin Bormann, which already makes no sense since Bormann had no authority over the SS. Three of the firms supposedly represented at this legendary meeting were not even German but Swiss. That's another mistake that the liar made.

"Dr. Scheid" is based on a real person, Johann Friedrich Scheid, director of HESCHO A.G., a company that made ceramic insulators and is now known as KWH. Scheid was an innovator in the field of industrial productivity and received an honorary doctorate of engineering. 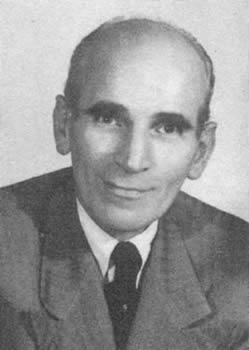 Although English Wikipedia has Johann Friedrich Scheid in a list of SS-Obergruppenführer, evidently basing this on the Red House Report, German Wikipedia excludes him. I find German Wikipedia generally more trustworthy, especially in this kind of matter.

Some sources say that Scheid had the honorary rank of Obergruppenführer in the SS. A biography of him from Hermsdorf (the location of his factory) makes no mention of this. http://www.hermsdorf-regional.de/person ... start.html

Scheid had an honorary degree, but no honorary rank of which I can find trustworthy evidence.

So far as I can tell, the claim that Scheid was an SS-Obergruppenführer is entirely based on the (I believe) untrustworthy Red House Report.


The Red House Report indicates a plan to transfer capital and persons key to German industry outside of Germany and to have the NSDAP go underground for an eventual resurgence. I see no indication that any overall plan like this was implemented (although a few individuals, of course, fled or concealed valuables of their own accord). Scheid himself was captured by the Soviets when the Red Army arrived in Hermsdorf, and was arrested but quickly released and restored as director of the factory, now under Communist rule.

English Wikipedia refers to an Ian Dixon who wrote in 1990 that Scheid was "an honorary SS officer (i.e. without military powers of command). http://www.redcap70.net/A%20History%20o ... 20Dr..html

... the alleged civilian chairman of the meeting, a Dr. Schied, was indeed a ceramic industrialist and leading official in Albert Speer's ministry, but he would have been a poor choice of an individual who could have brought the SS into the plan. Having experienced immense difficulty himself in obtaining membership in the Nazi Party, he never even became a member of the SS. https://www.h-net.org/reviews/showrev.p ... Rm47oEN9Qk

The Red House Report does not say that Scheid's rank was "honorary," only that he was an SS-Obergruppenführer, and that is definitely misleading. Whether he had an honorary rank or no connection whatsoever to the SS, he had in effect no position of authority except over the enterprise that he managed. One more indication of the falsity of the Red House Report.
Top
10 posts • Page 1 of 1