Discussions on all aspects of the SS and Polizei. Hosted by Andrey.
10176 posts

Last clues: He served in many locations where heavy fighting occurred - Barbarossa, Normandy, and later Hungary but he’d been in war since inception . During Normandy, it’s said his unit slaughtered 18 Canadians. He lived in Spain post war, dying in 1989. Many of his photos looked staged for propaganda. A handsome man, several show him with women on either arm. I think his last rank was SS Sturmbannführer.
Top

Is it SS-Ostubf. Franz Hack ?

Not Hack. Initials G. B.
Top

Then it must be SS-Stubaf. Gerhard Bremer.

You are correct Peter. Looking forward to your entry.
Top

Thanks Duncan - curious where the picture of Bremer came from.

Now, who is this?

xx.jpg
You do not have the required permissions to view the files attached to this post.
Top

Yes Duncan you are correct. I guess too easy. Back to you.

Not without clues. I thought he was dressed in antiquated clothes so I thought he was old in WWII - Fryssing looked much older than his age even when he served. Anyway it’s an interesting photo you posted. Bremer photo came from a Russian military collector on Twitter (public domain). Not hard to find. I’ll post an easy one as I will be inactive a few days. It’s a decent early photo of a well known Einsatzgruppen commander:
You do not have the required permissions to view the files attached to this post.
Top 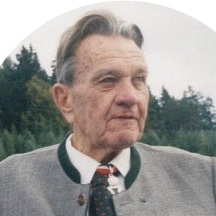 According to a couple of Pinterest posts (example), showing a more complete picture than the aforementioned Twitter post, the initial (internet) source of the image appears to be the Historical War Militaria Forum (whose link doesn't work anymore). The Google image search listed no reliable sources for this picture - only Pinterest, Twitter and a bunch of Korean websites.
Top

Correct von thoma. Carry on. Have a good weekend everyone.
Top
10176 posts