Discussions on all aspects of the SS and Polizei. Hosted by Andrey.
15 posts • Page 1 of 1

The following 3 photos were posted on Instagram yesterday. Apparently, they were published in a newspaper. I have never seen them and I think that they are intriguing. Would anyone know where in Prague were they taken and when? Also, are these his children and Frau Lina? Any chance that the others in the photos have been identified? Finally, the honor guard has Der Führer cuffs - was this customary and where there elements of Der Führer in Prague?

Thank you,
Clara
You do not have the required permissions to view the files attached to this post.
Top

It's near the spot he was assassinated (shown by the downward arrow). description of 3rd Photo from imago-images.com:

Thank you for that!

The area has changed dramatically... The villa in the background seems to be gone now...
Top

description of 3rd Photo from imago-images.com:

Thank you for that... The gentleman in the panzer uniform, is that Haydrich’s brother? There is certainly resemblance...
You do not have the required permissions to view the files attached to this post.
Top

These photos have been circulated many times over the years. Please see my book "Heydrich - Dark Shadow of the SS" if you have further interest. Lots of images contained therein.
Max.
Top

Max Williams wrote: ↑
11 Jul 2020 15:09
These photos have been circulated many times over the years. Please see my book "Heydrich - Dark Shadow of the SS" if you have further interest. Lots of images contained therein.
Max.

Hello Max - I thought that it may be the case. I will have a look for your book.

By the by, I received a reply from the person who posted the pictures on Instagram. Apparently, the original bust of Heydrich was for sale at the Andreas Thies auction. It sold for 76K
You do not have the required permissions to view the files attached to this post.
Top

The auction house stated that this example was the one taken from the assassination site and it was one of two busts made by Rotter. However, my research discovered that several bronze busts were made. One was kept at Wewelsburg, one was kept in Himmler's Berlin office, one was given to Lina Heydrich, and one was erected at the memorial site. There may even have been one or two others manufactured from the die. The one at the site was quite badly damaged when it was torn down in 1945. The auction house images did not include any photos of the underside of the bust and therefore no damage is evident from the illustrations.
Max.
Top

The above image is incorrect. The road layout has altered a couple of times since the assassination attack and the red indicator is a number of metres away from the actual original position of the car.
Max.
Top

on the Panel nearby Monument is also situation "Heydrich Kurve" at the time of assassination attack and now: 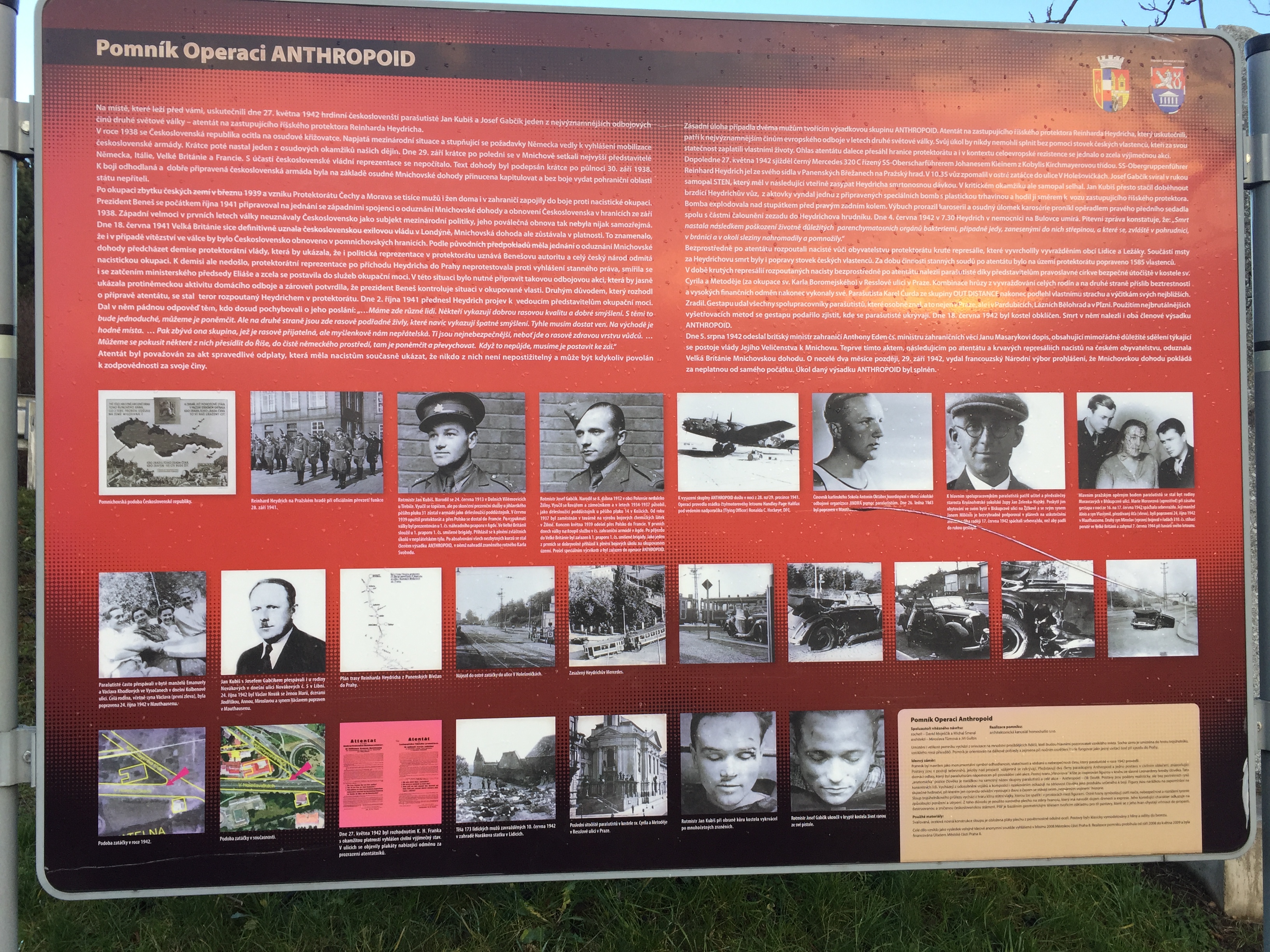 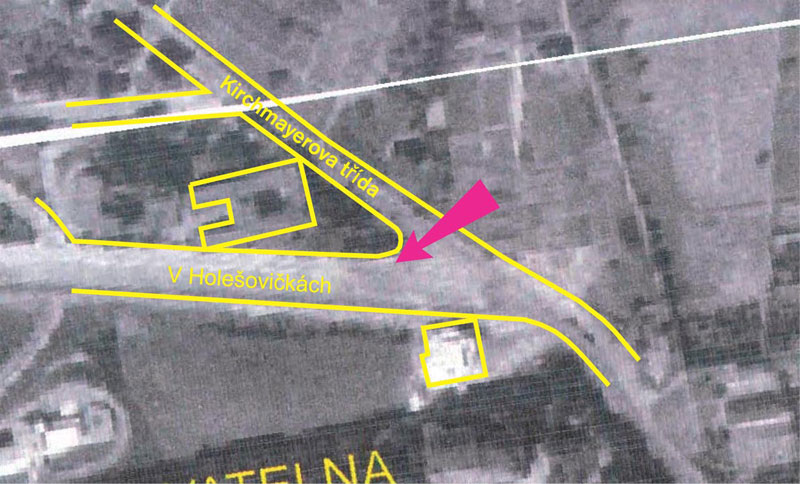 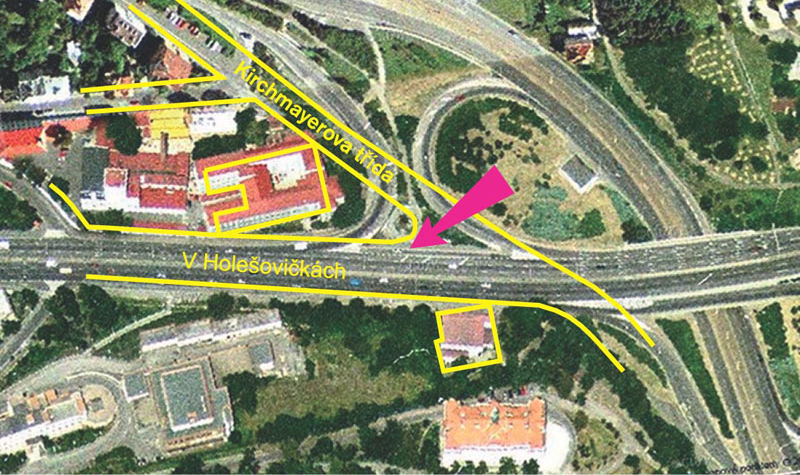 Already discussed ad nauseam in several other places on this Forum.

The place where Heydrich´s attempt was

Heydrich's funeral service (Prag)
If we become increasingly humble about how little we know, we may be more eager to search.
Top

Interstingly, at that time, behind the house above the city ended. It was mostly empty fields behind it.
Top

Although more accurate, even the pink arrow in Darko's image is slightly off. The car was actually very slightly further to the left and a little out (down in the image) from the boundary of the building grounds, placing it slightly more in the road. A more natural position for a car to be that was using the carriageway. I extensively researched this and overlaid several maps at the time whilst comparing numerous images of the scene taken in 1942, 1943, the 1970s, the 1990s, and early 21st century. I was able to pinpoint exactly the position of the car at the time of the attack and its stationary position.
As Greg correctly points out, this has already been discussed at length elsewhere on this and other forums.
Regards,
Max.
Top
15 posts • Page 1 of 1