Discussions on all aspects of the smaller Axis nations in Europe and Asia. Hosted by G. Trifkovic.
54 posts

Interesting data. Here are two pictures of the same Rumanian horse drawn artillery unit in Southern Russia 1942. The piece is (I think) a French 155mm Schneider. From ebay.

Franzl
You do not have the required permissions to view the files attached to this post.
Top

second picture
You do not have the required permissions to view the files attached to this post.
Top


it's a 105mm Putilov Schneider licensed production to Russia then bought some. http://www.landships.freeservers.com/10 ... around.htm

Only variation is the muzzle brake. Those were installed to reduce recoil by creating backpressure on the barrel.

23. Canon de 105 L mile 13 S: This gun was utilized by both sides in Spain. The Nationalists used it in the battles for the Guadarrama Mountains. See also French Ordnance Note 14.

apparently the first russian tanks were armed with tis gun =)


according to this article the muzzle brake was added to the 1930 modification - 107mm m.1910/30 so you're probably looking at a captured gun.


"107mm m.1910 107mm Gun
This gun was developed (and initially produced) for the Russian Army at teh French "Schneider" plants. It proved to be quite effective and was extensively used during World War One and the Civil War. It was able to throw a 17,2kg shell out to 12,500m and was very good for long range attacks against enemy columns and assembly areas. It's relatively light weight also allowed it to be easily transported by six horses. Among the other good designs of Russian Army it was kept at service in RKKA after the Civil War.

As a result, firing range was increased to 16,350m, but its main drawbacks (due the old-style carriage) remained: just 6 degrees of horizontal aiming angle and just 6kph towing speed.

This gun was used all throughout the war and wqas replaced with the BS-3 only in 1944.


This gun was designed in 1938 in constructorial bureau of F.F.Petrov as a replacement for 107mm m.1910/30. Its firing range was increase to 18,130m, horizontal aiming angle to 60 degrees and towing spped up to 35kph. Numerous defects and faults delayed approving it to military service until 1940. As a result, only small quantity was produced by 1941.

Due the mistakenly overestimated quality and thickness of armor of the new german tanks, the head of Main Artillery Department G.I.Kulik demanded a cease to all production of "now ineffective" 45mm and 76mm guns and the dismantling of all equipment that couldn't be used to produce this new 107mm gun (its AP shell was able to penetrate 130mm from 500m). These heavy guns were planned to be used in antitank brigades as well as in divisional artillery regiments. But when the war began, it was soon discovered that M-60 is too heavy and had too slow a rate of fire (5-6spm) for divisional and AT roles, as well the newest german tanks had armor that could be easily penetrated by 76mm guns from all distances, while lighter tanks where vulnerable to 45mm AT guns or AT rifles. But the production of these 76mm and 45mm already was ceased and equipmment dismantled. Therefore, during the first hard months of war, the consequences of this error were fixed, 45mm and 76mm gun production renewed, but due to shortages of materials and equipment production of (in other conditions very good) the 107mm M-60 guns was cancelled."

Image from historicalmedia website
Sturm78
You do not have the required permissions to view the files attached to this post.
Top

Here's a photo from Operation Barbarossa (made in Autumn 1941 by Italian photographer) that probably shows a Romanian (I identified country by the distinctive helmets of Dutch origin) horse team drawing a 100 mm Skoda howitzer M1934. 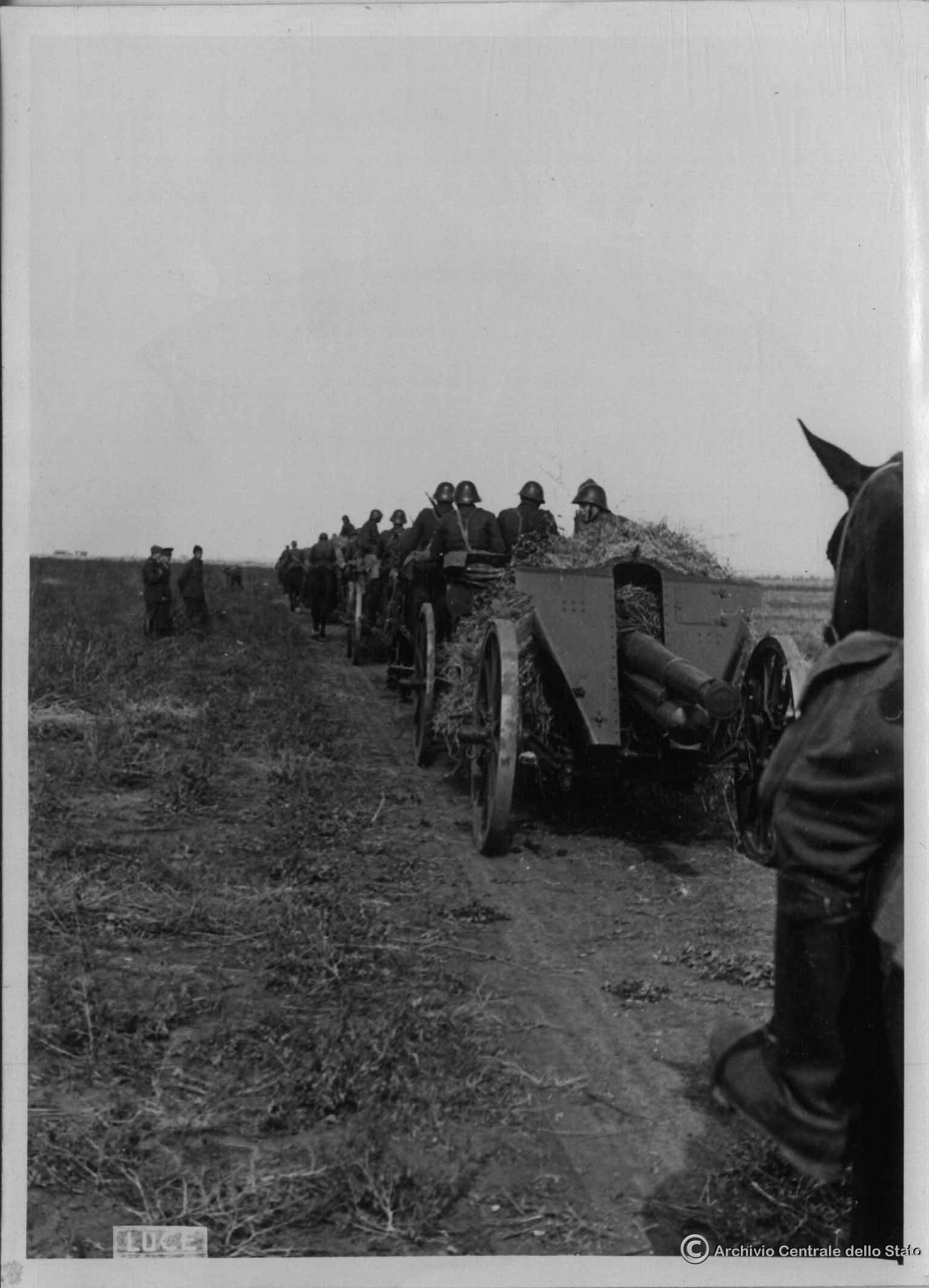 Franzl Rider wrote:Interesting data. Here are two pictures of the same Rumanian horse drawn artillery unit in Southern Russia 1942. The piece is (I think) a French 155mm Schneider. From ebay.

Thank you very much, Ilya.

An image from EBay. I am not sure if WW2 or WW1 era

Re: Quantity of Romanian Artillery

Can anyone shed some light on how many of the various guns the Romanians likely had by the beginning of the war?
Top

The book Third Axis, Fourth Ally by Axworthy answers most questions on the Romanian armed forces in WWII. Highly recommended.

Frankly, I'm on a tight budget these days. Especially for things of purely impractical interest.

Much cheaper new, as it is still in print. Third Axis, Fourth Ally answers questions about the Romanian war effort that you would need a small library to cover for any other armed forces. Highly recommended.

You can find everything about Romanian artillery in the book "Enciclopedia Artileriei Romane" available here: http://www.rft.forter.ro/_wsn/01_biblio ... /c-010.pdf.

Damm. I did not know I could read Rumainian. At least a little bit. Thnks for the PDF it will be most valuable in time. Can you point to which chapter or section has the details of the procedures of the observation post & men of it, and how their work is transmitted to the aiming and firing of the guns?