Discussions on the propaganda, architecture and culture in the Third Reich.
23 posts

I'm looking for more informations about SS painter Ernst Krause. Someone can help me? Thank 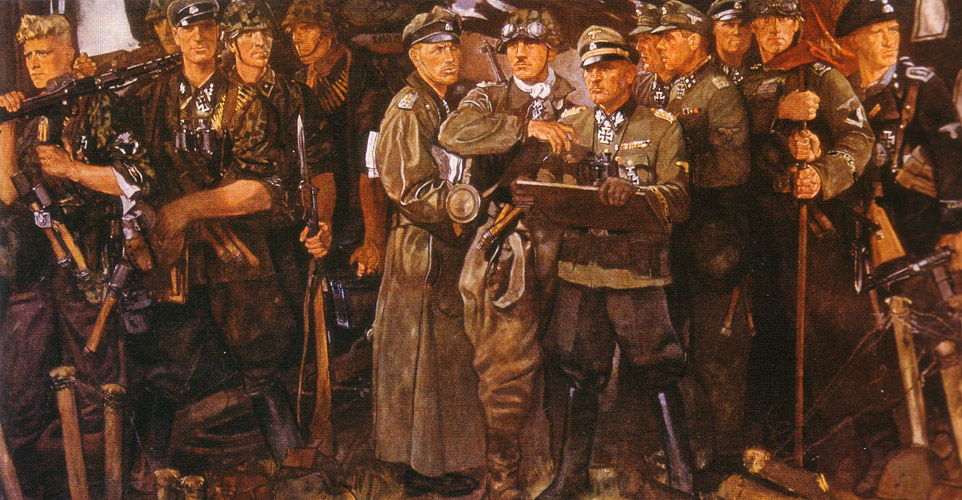 I'm checking on this painter, and will try to find material on him.

He was a fantastic painter of the time.
Top

I might be able to help with this. In the book Verleihung Genehmight! (Their honor was loyalty) by Jost W.Schneider. Published by R.James Bender Publishing 1977 first edition. On page 10.

The painting on the cover of this publication is entitled “Knight’s Cross Holders of the Leibstandarte SS Adolf Hitler”., and it’s artist is SS-Oberscarfuhrer Ernst Krause. This young artist and designer participated in the Polish, French, and Greek campaigns, and was subsequently ordered to produce paintings for SS installations. His most noteworthy product was the aforementioned painting which was given to Hitler as a gift by the LSSAH, and later hung in the great German Exhibition in Munich, 1942. The group portrait was applauded by the Fuhrer, who bestowed on Krause the honor of designing the Eastern Front Medal (Ostmedaille). He completed this task successfully and went on to produce numerous other works during the war. The painting was lost in the chaos of the war. Krause is still alive today as a successful artist.
I do not know if he is still alive for this was written 31 years ago. I hope this helps. You can do a google search for Verleihung Genehmigt and click image for a look at the cover.

Thanks much Tannhauser109 for this information. It's rare that an artist was involved in the actual military he represented in his paintings. I guess he had upfront and personal experience.

Found the book cover on the net...I think I'll make a purchase.

Johnny R.
You do not have the required permissions to view the files attached to this post.
Top

Go to this link:

Photo Credit: Geoff W. Third Reich in Ruins
You do not have the required permissions to view the files attached to this post.
Top

Here is a very nice site that might have some information on the artist here in question?
I have not read the information—but have decided just to post it here for everyones edification.

He is very hard to research. I did find a photograph of him...see attached.

Johnny R.
You do not have the required permissions to view the files attached to this post.
Top

Does he served in Standarte Kurt Eggers?
Top

I'm not sure ,I'll have to check. Anyone out there know the answer to this question? 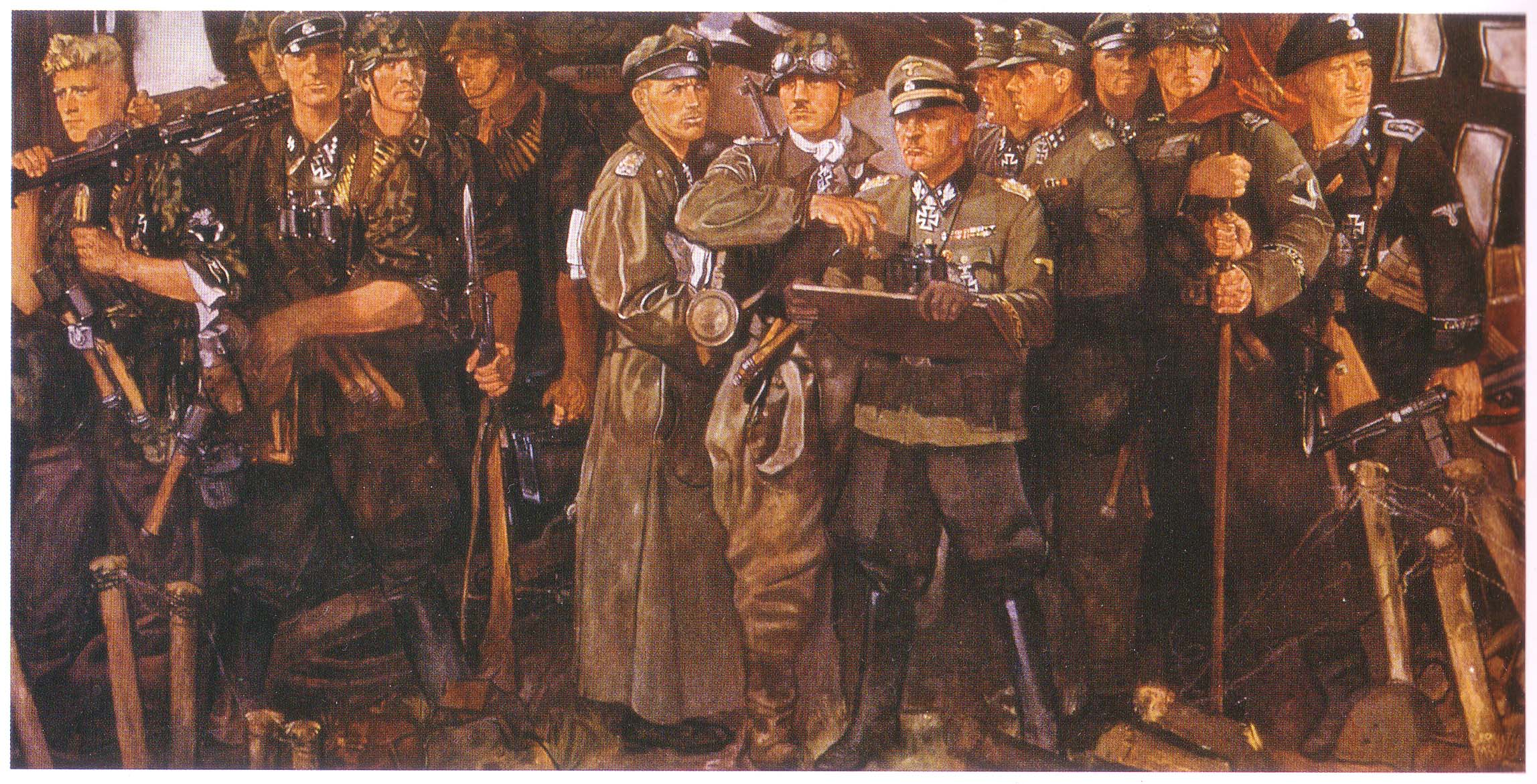 Anyone can help me in find other informations about him?
Top

Harm do you have a high-res image of this painting?
Top

Yes, I have. Do you need a copy? Have you more informations about Krause?
Top

I get a good reproduction of that painting. If someone want it, just ask me. Harm

PS If some german friends can look a kunst lexicon would be very good.
Top
23 posts