Discussions on the propaganda, architecture and culture in the Third Reich.
6685 posts

Geoff Walden wrote: ↑
27 Apr 2021 14:32
I agree- have always thought that was EB, even though it may not look like her in other photos. But she changed her appearance frequently.

Maybe they dressed up that day but the original Pic is not EB. No way.
Top

The Dress is the same but it is not EB.
Top

I was and still am not overly convinced it's EB, but what has suggested to me that it possibly could be is the bracelet on the right wrist. It's very similar to that seen in other photos of EB as seen on Geoff's site (re: Berghof visitors). Otherwise I think it could be Gretl or possibly Herta schneider? I don't know I'm just grasping at straws. My thinking has been that EB was likely behind the camera.
Last edited by Biber on 30 Apr 2021 18:50, edited 1 time in total.
Top

The candid photos of EB and the inner circle members at the Berghof were taken by several photographers. Most of the time when EB is in the scene, the photo was likely taken by Gretl, but sometimes both sisters appear in the scene. So maybe these photos were taken by Herta Schneider (she claimed some of the albums in the EB album collection, and some belonged to Gretl), and even Rochus Misch claimed to have taken some of those (maybe he borrowed a camera from one of the sisters, to show both in the pic?). Doubtless, Heinrich Hoffmann took some himself.

The version of the first pic that was printed reversed has some other issues in identification, so I don't think we can put much weight on the ID of Frau von Below. For one thing, there are five people in this photo, but the caption only names four. The two ladies on the left (as printed) were Anni Brandt and Sofie Stork, neither Frau Esser (although Frau Esser and Sofie Stork did look somewhat similar).
"Ordnung ist das halbe Leben" - I live in the other half.
http://www.thirdreichruins.com
Top

It’s Eva Braun. No disrespect to anyone but that’s one of the most obvious photos of Eva ever printed, I’m absolutely gobsmacked there's even an iota of doubt. And as far as Frau Von Below’s assertion that it’s Frau Esser, the pic below should confirm. Frau Esser in front at her wedding with Eva behind. (Photo EB albums)
You do not have the required permissions to view the files attached to this post.
Top

One has only to browse Gebhardts photos to see that it its Eva Braun.
There are quite a few photos that show Eva.

https://www.flickr.com/photos/vongebhar ... ateposted/
You do not have the required permissions to view the files attached to this post.
Top

Geoff ... yeah, I was talking about that photo. Note that the Great Window is still in a clean hand, that is, it must be late 1935 or early 1936 during the remodeling. She looks like Sofie Stork (attached a photo of her). Anna Plaim (nee Mittelstrasser) started the service in 1941, so it can't be her. On the other hand, the option would be her cousin Margarethe Mittlestrasser who did start early as plant personnel. I attach a photo of her from this forum. I think I lean more towards Sofie.
You do not have the required permissions to view the files attached to this post.
Top

Here is Gretel Mittelstrasser.
You do not have the required permissions to view the files attached to this post.
Top

I don't believe it is Sofie Stork. Incidentally, it is her birthday today – May 5.

This is an interesting person, I have only been able to hear her name in a correspondence between Wiedemann and Martin Bormann from July 1936 as staff of the Bechstein House. I could not find anything about her, could you tell us something more about this person please?

Hi Helly,
I have compared those photos before. I have enlarged the one of the woman in the window from the National Archives collection of EB's albums, and it's just not clear, but to me, the shape of her face doesn't look like Sofie Stork, even though she seems to be dressed the same. I have to say - I don't know WHO that is in the window photo.
Geoff
"Ordnung ist das halbe Leben" - I live in the other half.
http://www.thirdreichruins.com
Top

Helly Angel has provided a great photo of Hitler and (?) in the open window of the Great Hall of the Berghof, as taken from the terrace (#6249 above). It's so interesting the see that room before it was decorated; the projection booth windows are clearly visible on the wall behind them! 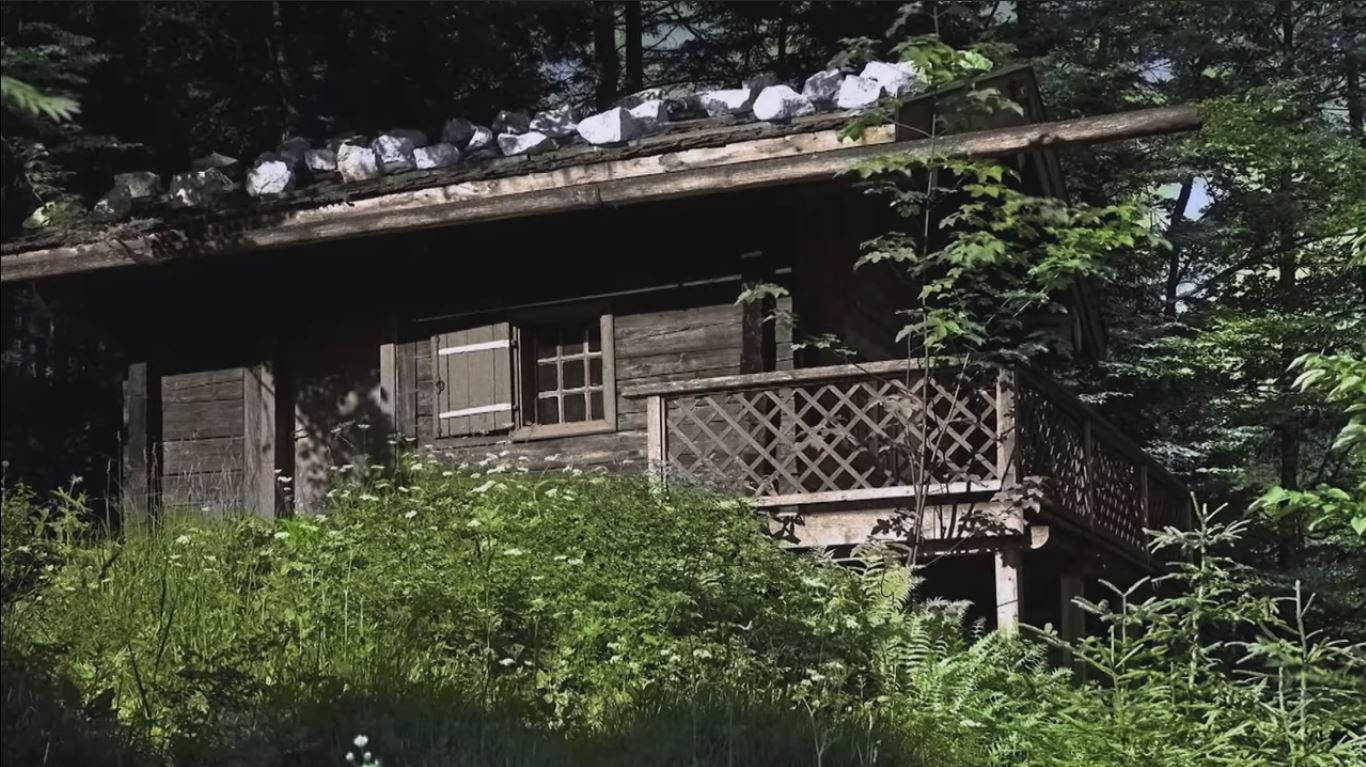 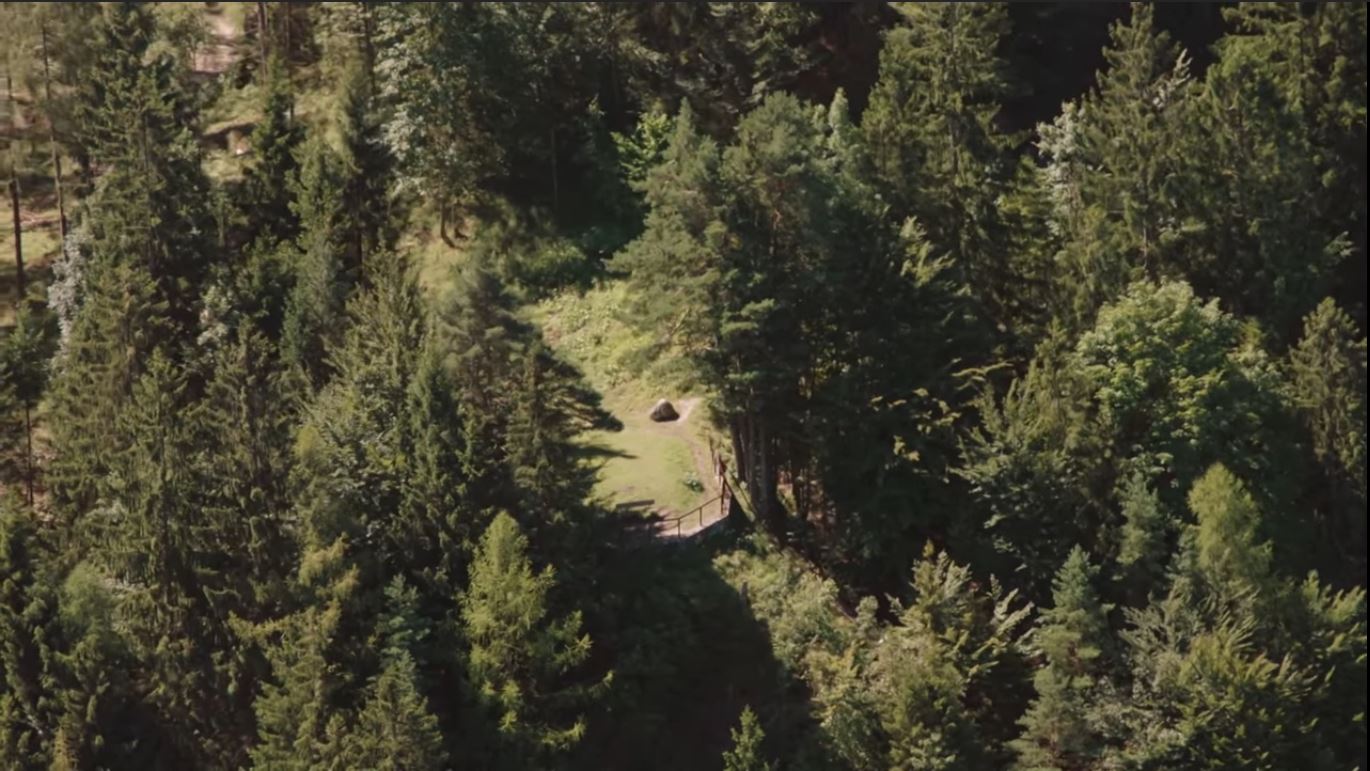