Discussions on all aspects of the NSDAP, the other party organizations and the government. Hosted by Michael Miller & Igor Karpov.
144 posts

There is an answer to Question(3) : [private information (contemporary witness)]

' They forced him to shoot himself, and his wife to keep silent ....
... he was the leading head/brain ('der führende Kopf') in the RAD, but his conception of the RAD had been quite different from what had evolved ... '
--- and
' ... We can't cross the border with crying children - what do you think would happen,if we were caught... ' [from a conversation Feb./March 1943]

Attached Hierls speech at the funeral (25.1.1945) [private document] and official announcement [Bundesarchiv] ( + result of the misuse of my rusty English)

'Verordnungsblatt':
The passing away of this ingenious leader with firm character, and exemplary Nationalsocialist, who justified highest expectations, means an irreplaceable loss for the RAD and for me personally.

funeral:
' A cruel fate has torn one of our best from our midst.
Gifted with extraordinary mind and heart, a true Nationalsozialist, an outstanding leader, who radiated brightness and strength, one of the first fighters for the Labour-Service-Idea in Austria, so remains Robert Leitner in our memory - he was (embodied ?) one of the strongest hopes for the future of the RAD.
For that reason he was specially close to me , almost like a son, and with these feelings I part from him.
Robert Leitner, he who knew you (well), who understood your way (nature?), will remain truely connected to you beyond your death, like me. '

regards SANDB
You do not have the required permissions to view the files attached to this post.
Top

Hi all,
Here is a nice photo of Generalleutnant Heinz Scheurlen while serving in the Reichsarbeitsdienst.
You do not have the required permissions to view the files attached to this post.
Top

Here is a nice photo of Generalleutnant Heinz Scheurlen

It is very doubtful. Maybe this Oberfeldmeister is actually the surname Scheurlen, but it is not Generalleutnant Heinz Scheurlen.

wo is he, please:

Hello Andrey,
that was fast - thank you!
regards SANDB
Top 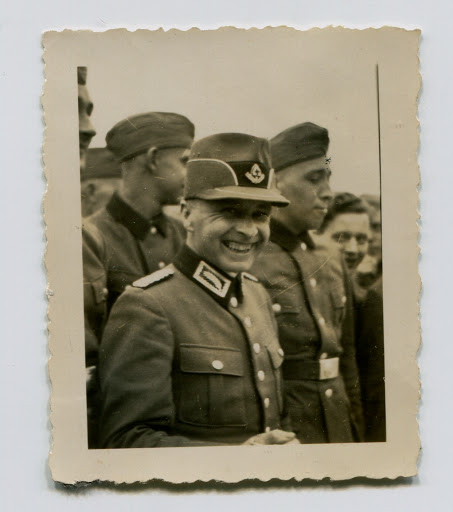 Regards,
Igor
You do not have the required permissions to view the files attached to this post.
Top

What is with Victor Band. He was a Obergeneralarbeitsführer and blood order holder. Why no one mention him?
Top

Ups never mind. I did not read the name. But I have another question. How many Oberstarbeitsführer exsisted? A rough estimate is fine.
Top

Who is this RAD Leiter?
Michal
You do not have the required permissions to view the files attached to this post.
Top

Generalarbeitsführer Wilhelm Decker.
Michal
You do not have the required permissions to view the files attached to this post.
Top
144 posts