Discussions on every day life in the Weimar Republic, pre-anschluss Austria, Third Reich and the occupied territories. Hosted by Vikki.
19 posts

Hubert Meiforth, (1913-1995) Signed as the 23-year-old area leader of the Nordmark HJ. (Schleswig-Holstein) Meiforth worked as a painter himself, in the tradition of Nolde and Modersohn.

http://wolfgang-willrich.de/page/werkve ... hubert.php
The more you let yourself to go, the less others will let you to go.
F.Nietzsche
Top

Thank you all for sharing your great knowledge and research skills. I now have alot of great material to continue to piece together the pictures in the album. I will absolutely take contact to the danish scouting museum for further information.
Top

Br. James has brought to my attention that the HJ dagger worn on the picture is introduced in 1937 wich must exclude the event mentioned by you as the one in my album.
Top

My grandfather was in the Danish scouts around the same time, and joined the Danish resistance during the German occupation.

Unfortunately, the Danish scouting museum does not have the funding to maintain any exhibition space, so their entire collection has been put into storage. They may still be able to help you in your search, if this was an international event and not just a single person joining:
http://www.spejdermuseet.dk/

Feel free to post the other texts with which you're struggling.

Bad Harzburg is less than 10 kilometers from Brocken (Bloksbjerg), which has a great view. If there are any photographs from the top of a mountain or of a narrow-gauge railroad, they are almost certainly from there.

I do have a few photos with caption of a area with mountains wich i will scan and post as soon as possible, providing im not getting banned for spamming

Meanwhile i have 3 persons more that i would like you all to try and identify, naturally from the same album. first photo has a caption that reads something like "Leader of probaganda" and the photo is almost a caricature pose of how i remember charley chaplin portrait Hitler. the second photo of 2 persons is later in the album and the guy in the white jacket seems vaguely familiar to me, but i cant pinpoint where i have seen him before. 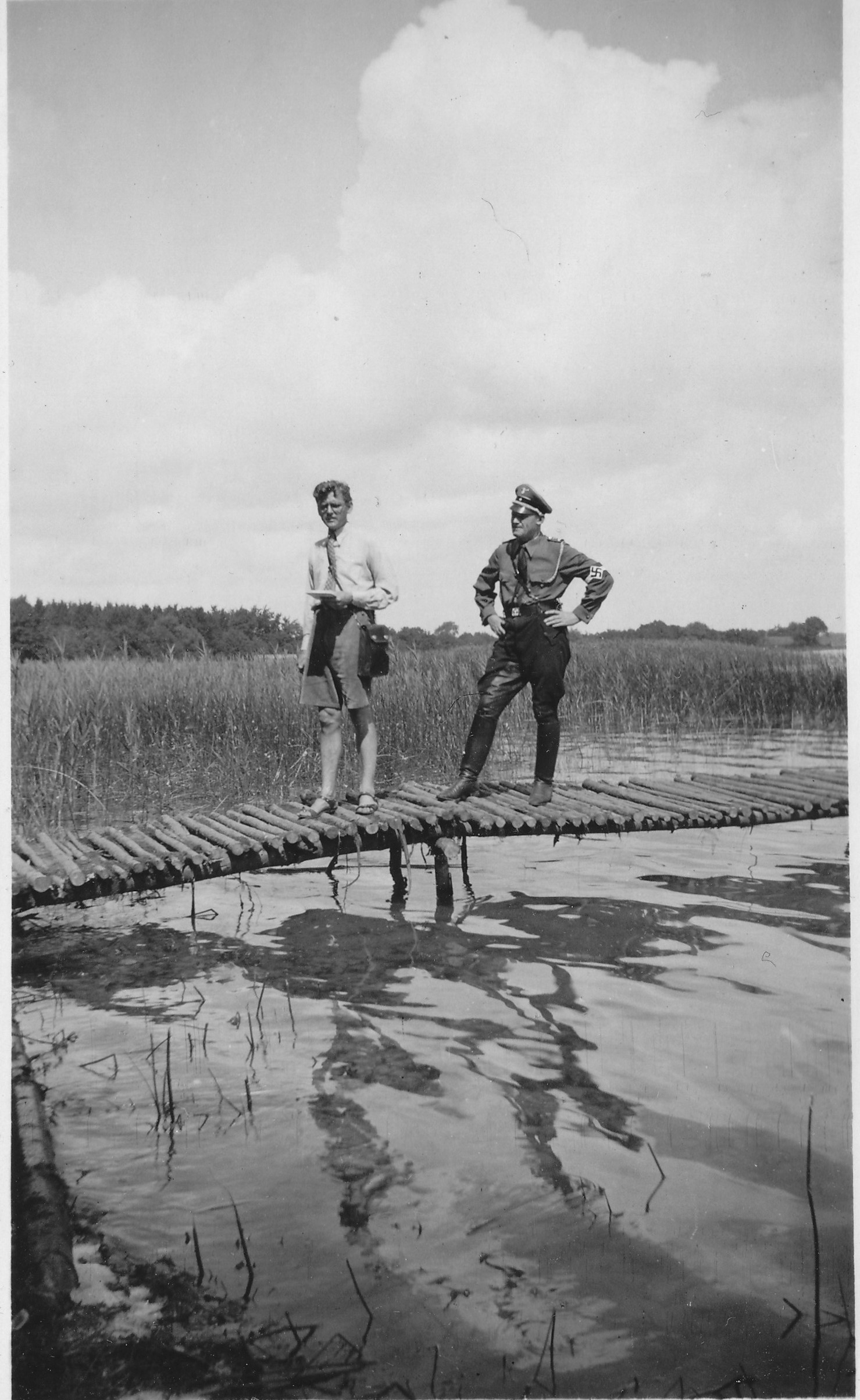 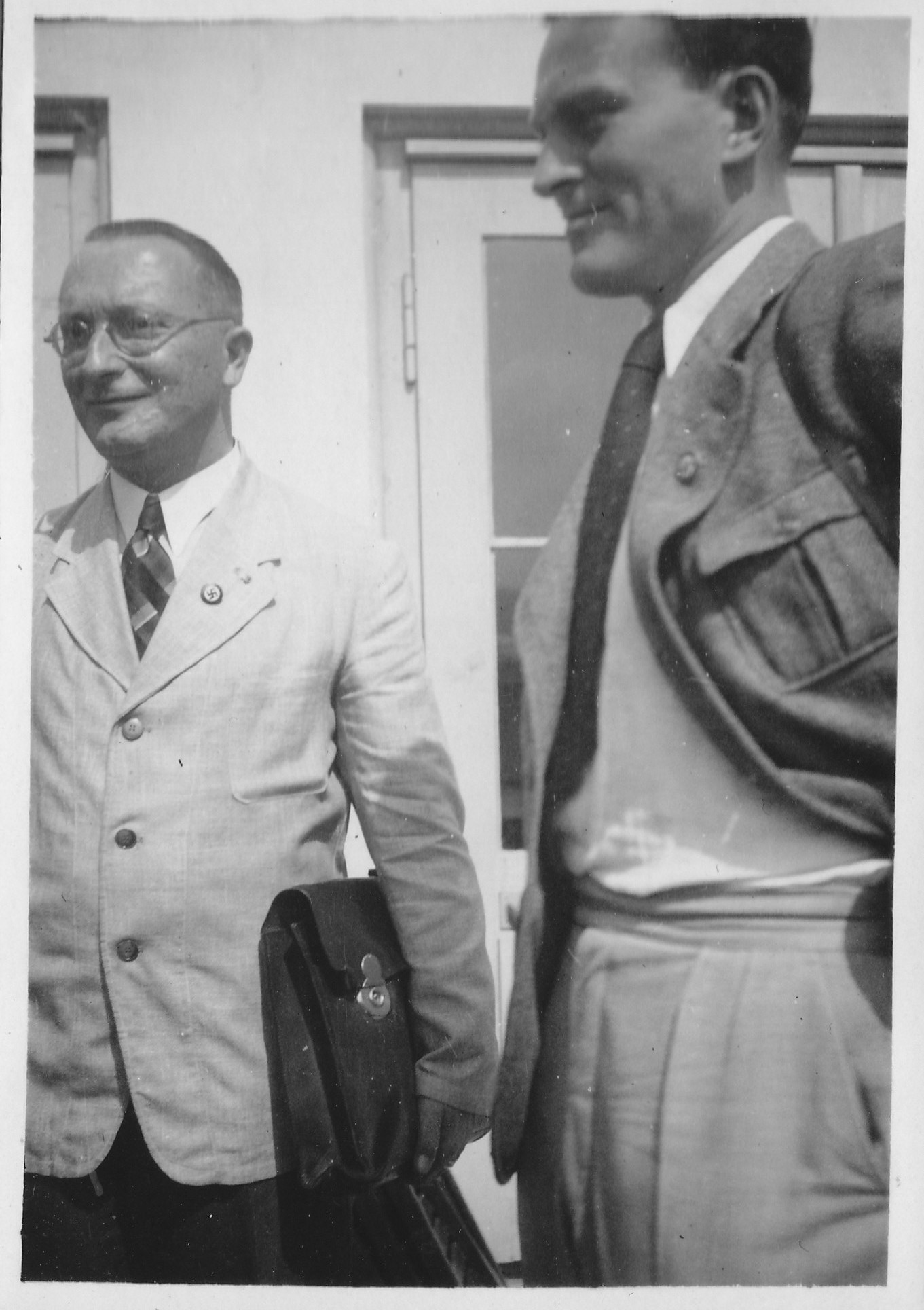