Discussions on the vehicles used by the Axis forces. Hosted by Christian Ankerstjerne
24 posts

My musing was that Porsche made the factory to spare what had already been produced after the cancel older, as I read that nothing was scrapped and the factory reported (pretty late) to Porsche after the cancellation that things were ready for production, and this was why Hilary seemed to believe Maus would've still ended up being produced (perhaps just a fraction of the ordered number) despite the cancellation.

Or maybe it was as you said, they followed the orders and started scrapping and some stuff were still left when the factory was captured, and Hilary forgot the cancellation.

Either way, we're off topic and I feel I've got the answers I needed about Maus' reliability during testing.
Top

As a Test Engineer, I would say that the vehicle was driven/tested after it was canceled, therefore it was just a proof of concept AFV in 1944. It actually had differences with the Ferdinand AFV (Elephant).

It would seem that the Maus was designed in a time when the supposed super-heavy Soviet tanks failed to show up. The reality was that the Germans needed many tanks and assault guns. Not sure how the StuGs were to use any armor plate from the Maus, but that was what was ordered.

In a time when the Germans were using Italian and French labor to assemble tanks/AG, they should not have put much more effort into the Maus. If it was ever fielded, I imagine it just being used to defend railheads on the Eastern Front. I can't see them straying too far from railheads anyway.
Top

As an engineer, is there anything technical you find intresting or fascinating about the Maus?
Top

There are many things. But Dr. Porsche, and the whole project, suffered from design creep along with a false pretense, and therefore, unneeded specifications. Porsche may have been intelligent, but he wasn't smart. They pulled the plug on him. Guderian probably thought he was a kook.

Making a turreted tank with two guns that weighed 188 tons, when Germany was being driven back by masses of tanks with two man turrets, shows how bad the German intel was, and also how badly they misunderstood their own 'Blitzkrieg'. They would never have sweeping encirclements again.

from a production standpoint, the need to grind off aramor, and that was from a single machine in the Third Reich, is just plain silly. That isn't assembly, it is rework. Not having backup copies of a design, and losing them to bombing, is comical.

As far as the basic design, they should have went the way of the US and British designs. Basically no turret. The electric drive features turning in place. Having a gun with decent traverse, combined with turning in place would suffice. They went overboard on the armor, hence the weight, and should have just went for decent armor protection with a 60 degree frontal arc. Having a super-stug, with a 12,8 cm gun, in January 1944 may have had some success I could see it being used in overwatch in an offensive role. But in many cases, being a defensive asset primarily.

The second half of 1943 taught the Germans some sobering lessons. The Allies would never field a tank over 50 tons for the rest of the war. The war turned into brutal combined arms warfare that favored numbers. Not 'Super' weapons. there are still no fleets of tanks that use hybrid technology even today. I do own a Highlander Hybrid myself, and I question if all the doodads is actually worth a few more miles per gallon. It does save on brake jobs, which I hate doing.
Top

E-100 was also worked on till the end of the war. The army had absolutely no plans to use superheavy tanks in 1945-46, so the ongoing builds were "pet" projects of the factories who were building them.
A progress report of the E100 from 15th Januar 1945. states: "It should be pointed out that only three employees of Adler plant are available for this work". Doesn't sound like a serious development prject.

Hard to say how reliable the Maus was as it wasn't tested in it's final configuration and I don't know wether spare parts/repair facilities were readily available or not. Let's say the chassis with a dummy turret could move on it's own.
Top 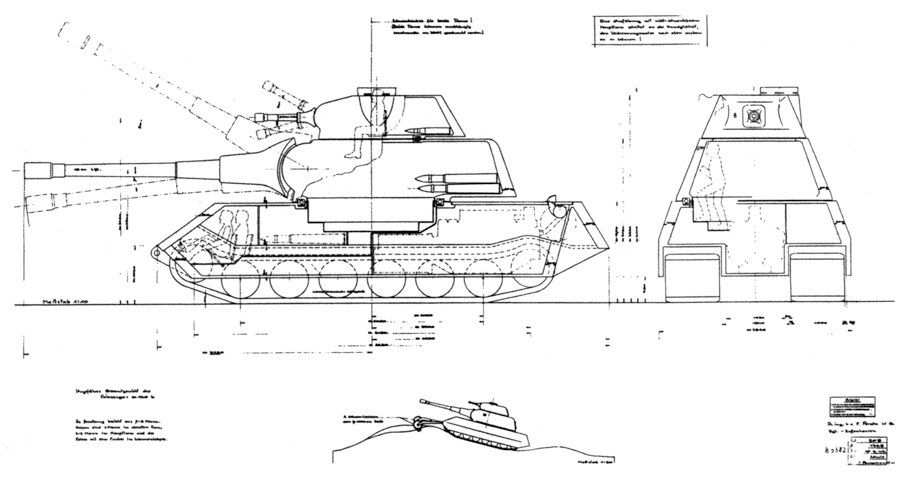 Turning the Maus into a turretless assault-gun sounds less bad indeed, essentially turning it into a more well-designed and less unreliable Jagdtiger. And if the fighting compartment could've been in the front, doing major maintenance on the drive train wouldn't require the time-consuming removal of the gun.

Not really. a casemate type Maus would be still a nightmare to fuel, transport, maintain in the field. It's an overkill to support infantry, can't keep up with armored formations, there was no fortified line to break trough.
Germans settled with the 38D, Panther, Tiger II chassis for a reason.
Imho the best possible way to design a super heavy was the IS-7.
Top

It seems to me like USSR mastered making tanks that saved as much weight possible while having heavy armor. They did make some sacrifices though, like a 5th crewman, crew comfort and survivability, ammunition storage, etc. But compare armor of the IS-7 at 68 tonnes, to the armor offered by the Maus. 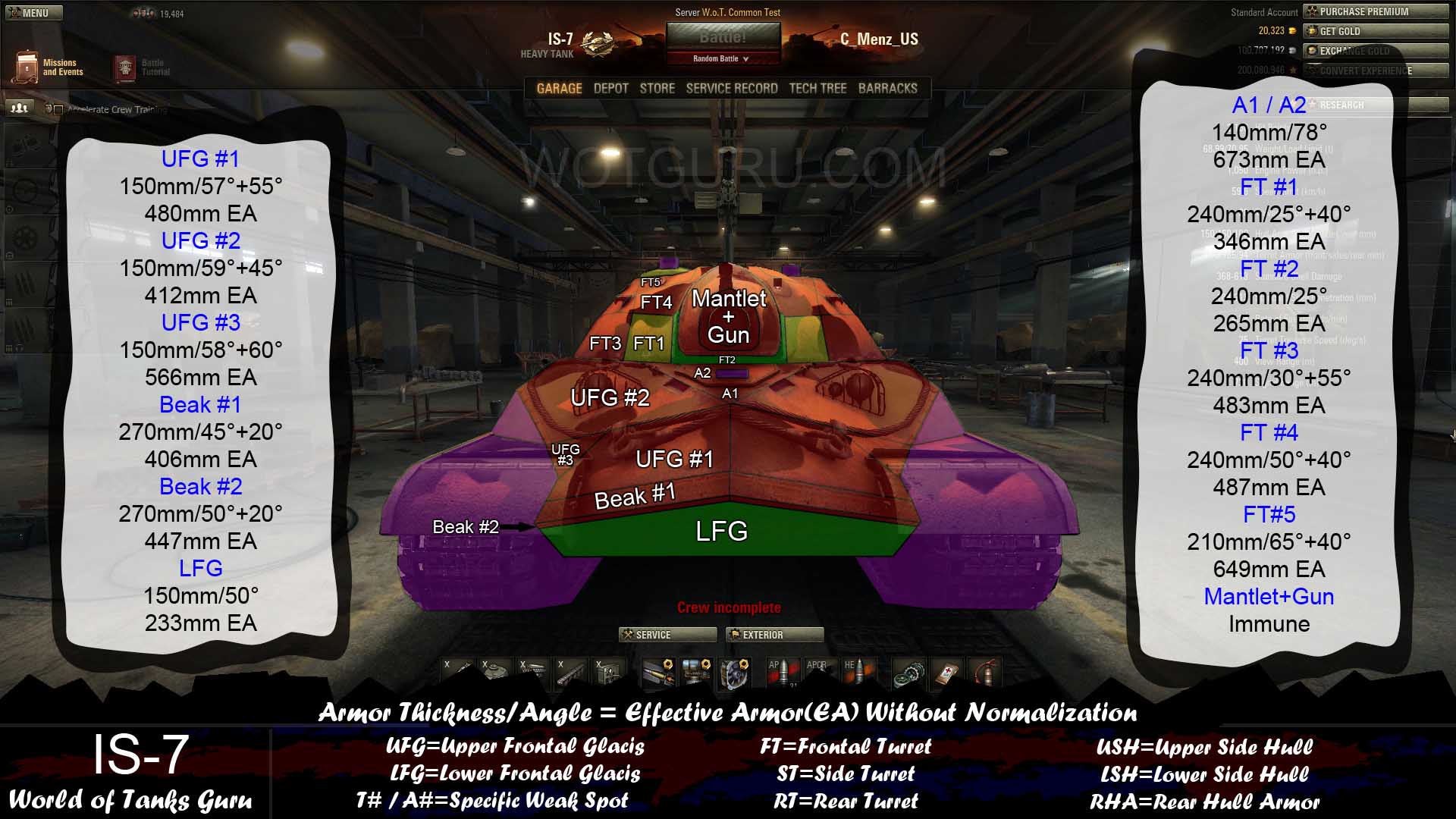 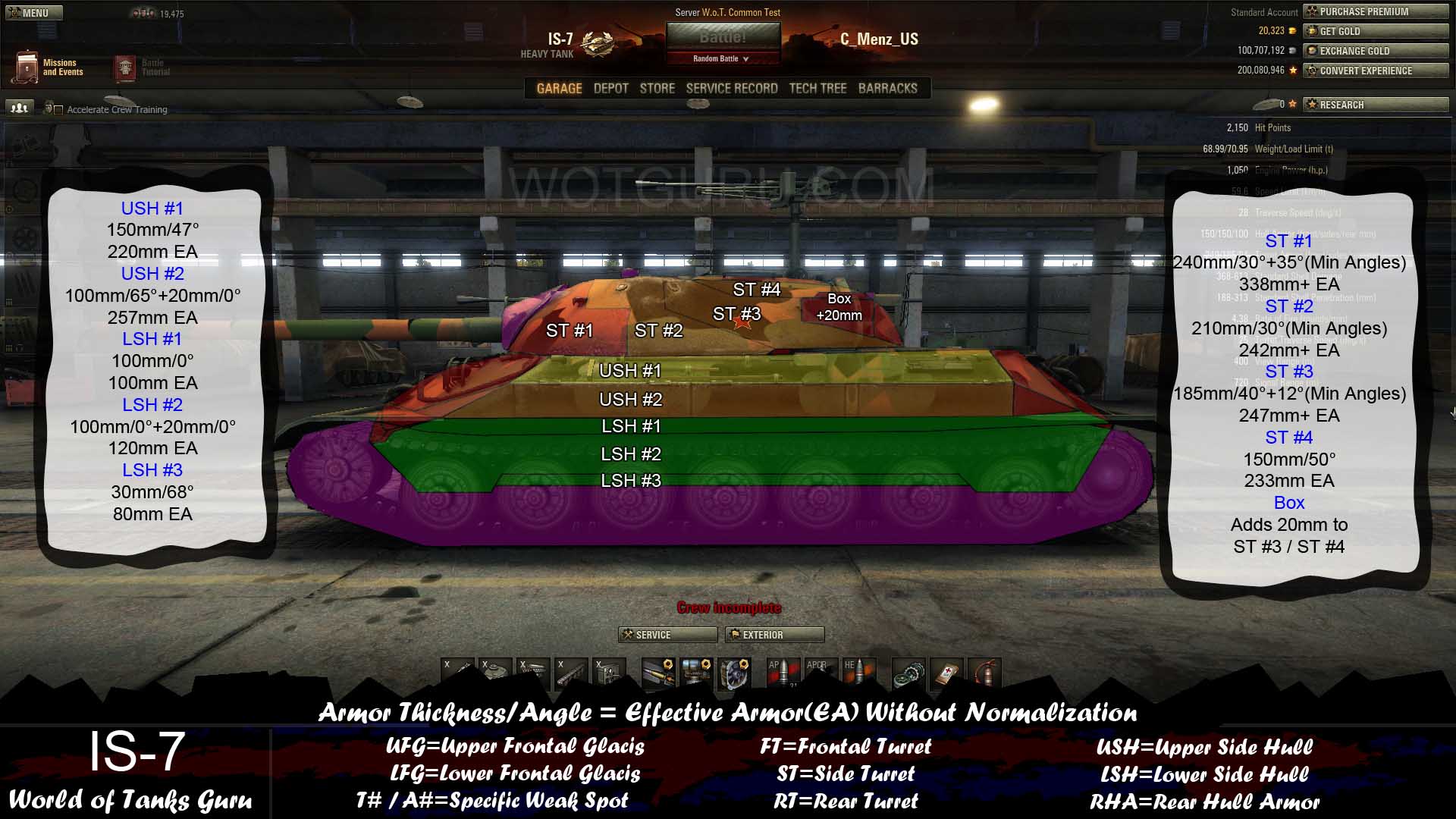 Comparing the T-44, or even the M26 Pershing, to Panthers and Tigers, I'm struck by how big the German tanks are. Yet when you look at them in an internal side view, there doesn't seem to be a lot that can be done with making them smaller either. Transmission, air filters, drive shaft... everything seems very big and requiring a lot of space.
Top


Don't know if it's accurate, but I recall reading somewhere on forums that the Maus was intended to being used in a role similar the British "infantry tank" concept, so it was not intended to be a replacement for the Tiger II.

The Löwe on the other hand I read was meant as a support tank for the Tiger II, so it had to have a similar speed to keep up with them, while having more firepower incase they needed it. The idea was for each Tiger battalion to have a small number of them mixed in.

Thanks for the data on the Maus, I appreciate it.


Both the Tiger II and Maus were being developed at the same time. So, the Maus was not a Tiger II replacement. Do you have any sources for the Lowe? i would be interested in how these super tanks were envisioned to be used. Maybe the Schwerer Gustav would be used with them?

The Maus was supposed to be built at 10 a month rate. I can't imagine them being in 45 AFV battalions. Perhaps a posting of 5 AFV Maus needing many men and vehicles supporting them. Again, holding railheads and cities and perhaps doing some counter-attacks.

The Germans had a years worth of Tiger I manufacturing and field experience by the time the Maus was canceled. Even they knew when too much was too much? Some people blame 'Tiger Fascination' on scale models. Perhaps 'Maus Envy' should be blamed on WOT?

1943 had not been a good year for the Third Reich. They canceled the heaviest AFV, and said to use any left-overs to build one of the lightest.
Top
24 posts