Discussions on the vehicles used by the Axis forces. Hosted by Christian Ankerstjerne
123 posts

Peasant wrote: ↑
22 Oct 2020 09:37
Alright I've been meaning to do this since the beginning of this week, and finally I got time to do it. I've translated this text with automatic tools first and then proof read it fixing the most egregious issues but let me know if anything is unclear:

It so happened that in the fall of 1939, two damaged German tanks were discovered and secretly removed in Poland, which were carefully examined during the following year at the NIBT testing grounds. The PzKpfw II light tank was almost intact, but did not cause any particular emotions. Was of note the use of 15-20 mm sheets of cemented armor for protection, a successful engine design (the engine was transferred to the Yaroslavl plant for study in order to develop a project for a similar product with a capacity of 200-250 hp), a gearbox and a cooling system, but in general the tank did not overly impress the soviet examiners.

A completely different impression upon closer examination caused the PzKpfw III, referred to in the ABTU documents as the "20-ton Daimler-Benz medium tank". With a mass of about 20 tons, it was protected by 32 mm cemented armor, had a compact 320 hp gasoline engine, with a well designed power and cooling systems, excellent observation devices and, most importantly, a commander's observation cupola on the roof of the turret. Apparently, it was not possible to restore the indicated tank to a running conditions, since in the spring of 1940 the armor plates of its hull were tested by shelling from anti-tank guns and anti-tank rifles. And in 1940 the same model of tank, only fully serviceable, was bought in Germany and delivered to Kubinka for mobility trials. 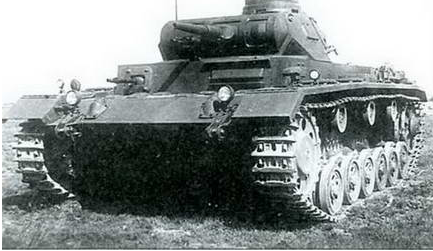 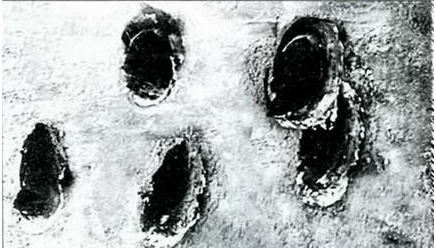 A cut fragment of the 32-mm side armor of the PzKpfw III tank after firing with a series of five 45-mm shells (2 holes). The meeting angle is about 30 degrees. 1940.

Before you published this article, I was aware of only a single Panzer III being tested by the Soviets in 1940. But thanks to you, I now know that they had tested two Panzer IIIs during this period: One they captured in Poland, and one they purchased from Germany.

Both tanks were subjected to ballistic tests, and the results were completely different in each case. To summarize: For the test on the first tank, the armor performed well and sustained 5 shots without cracking (but it was pierced twice). For the test on the second tank, the armor sustained only 1 shot before cracking (although it was not pierced). []

Both of the Panzer IIIs were shot at with the 45mm M1932 anti-tank gun. The different results may be due to variations in the quality of the Soviet ammunition, which was pointed out in the article you translated.


[] CriticalMass and I discussed these tests on this same thread. The article can be found on tankarchives (which is notoriously biased). This is it here: http://www.tankarchives.ca/2014/02/pziii-armour.html
Top

An interesting thing I've noticed: in September-October 1942 trials the soviet 45mm gun actually managed to perforate the frontal armour of a Pz.IV (50mm) at a slight angle (14 + 20°) at 50m and although no complete penetrations were achieved at 100m, there were noted circular cracks appearing on the rear of the plate 50mm in diameter, which I interpret as punching starting, so this defeat was not a one time thing.

Although the failure of high velocity 45mm gun to pierce Stug's frontal armour under same conditions could be attributed to the shatter gap manifesting when shooting these shells at higher velocity than they were designed to, the effects of normal 45mm gun against Pz.III with 30+30 frontal armour are equally poor, only 15mm dents as opposed to 25-30mm impressions left in Pz.IVs armour.

According to Jentz's "Panzertruppen" the germans credit this gun with penetration of 42mm/30° at 100m, I assume against RHA using german 5/5 criteria so if the 50mm plates on this Pz.IV were not face hardened these results make sense.

Although the practical difference in protection between RHA and FHA is not very significant against soviet 45mm gun, this could alter the results quite a bit when fired at by british 2pdr gun.
Edit: Now that I think about it, maybe I'm not the first person to have noticed this. Perhaps at this point in war(1942) someone in change on the german side realized that 50mm of RHA is almost as good as 50mm of FHA against the short soviet 45mm guns. 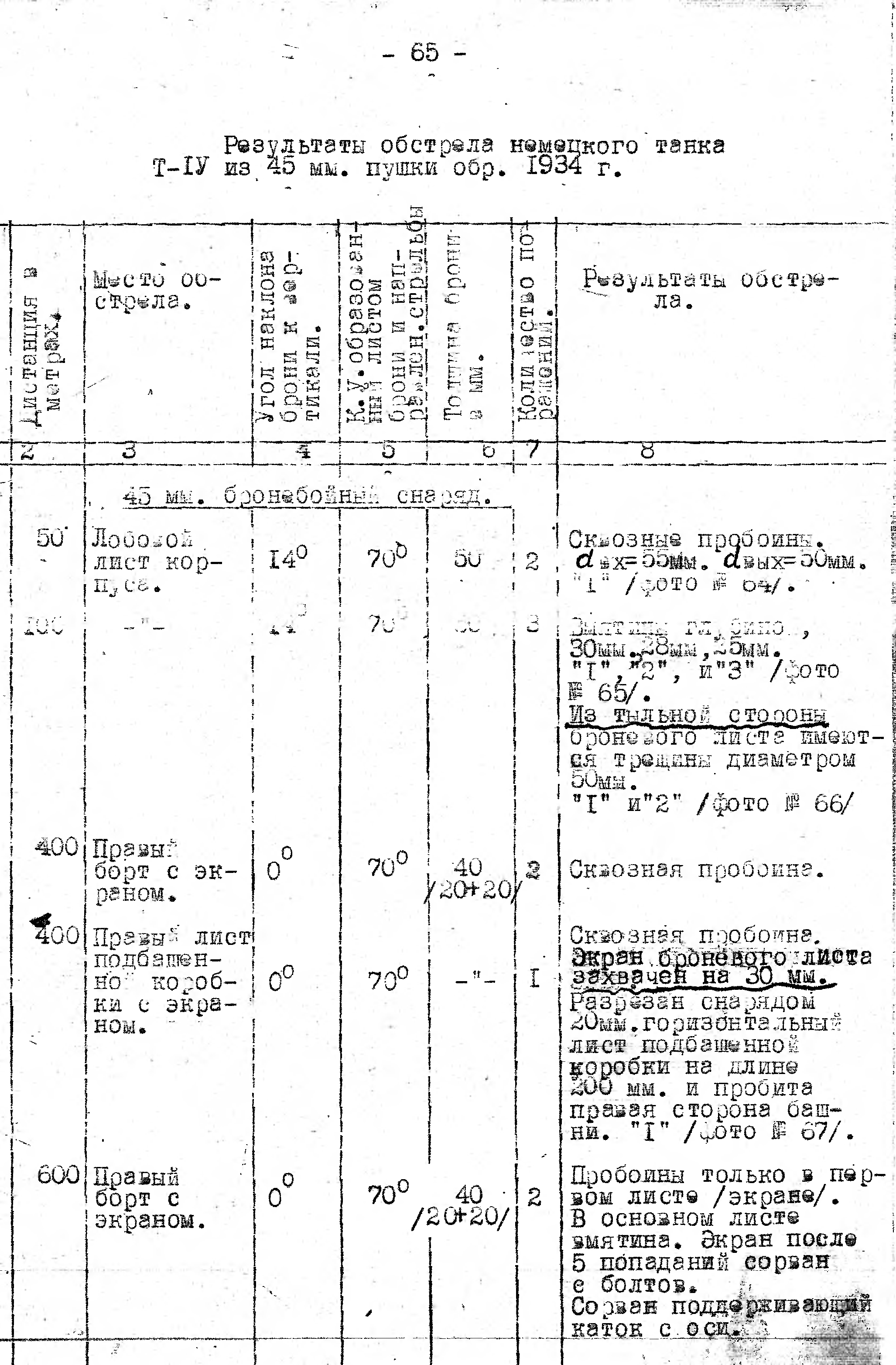 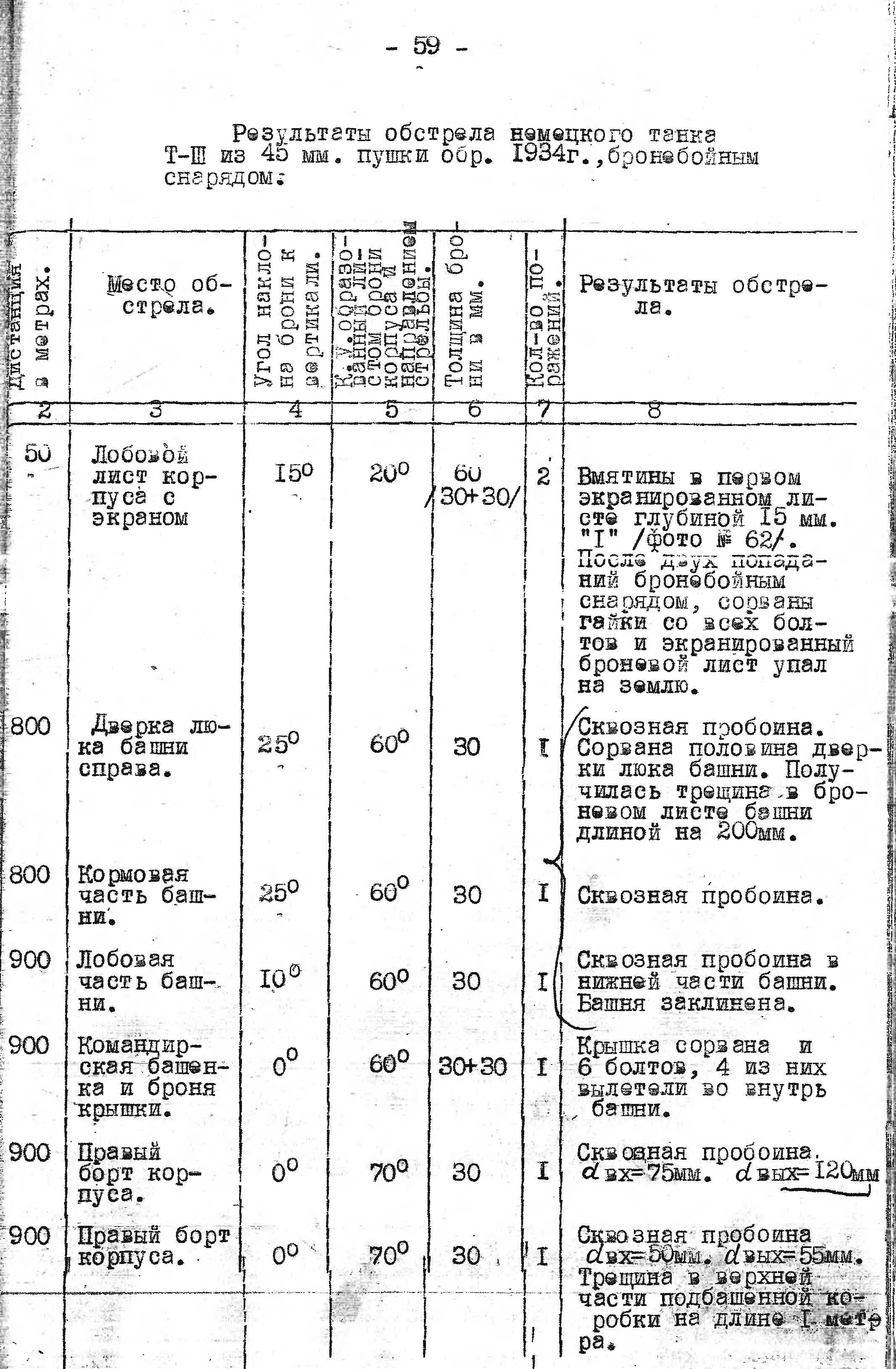 I'm posting a chart containing in graphical form the data on penetration performance of the soviet 45mm AP round reported by Jentz, as well as my own estimates of its performance based on it.
You do not have the required permissions to view the files attached to this post.
Top
123 posts