Armor quality of the Tiger I

Discussions on the vehicles used by the Axis forces. Hosted by Christian Ankerstjerne
182 posts

Re: Armor quality of the Tiger I

Here is something I've cooked up. Interesting to see the improvements in ballistic resistance of US cast armour after 30 years since WW2. 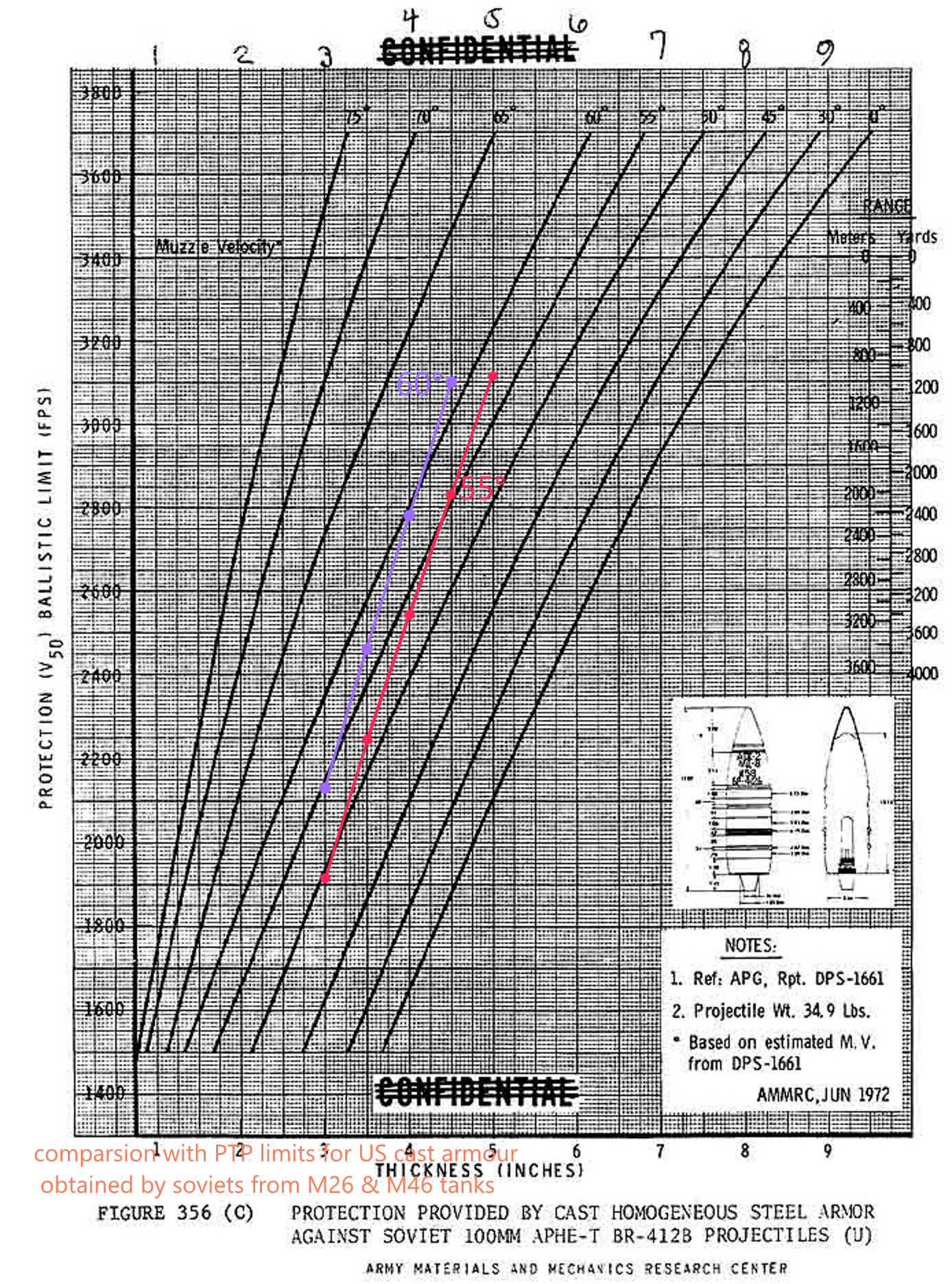 Re: Armor quality of the Tiger I

The question about armor quality of german vehicles is closely related to another one, the quality of soviet ammunition. We all know that usually soviet shells defeat a given target at lower ranges/higher striking velocities than their equivalent western counterparts, but I thought after that point they are just as effective and consistent.

After carefully ordering all the hits by soviet 85mm blunt headed shells it became obvious that about half of them failed to defeat a relatively mild target of vertical 80mm of Tiger II lower side hull plate at ranges up to 1500m, while the official penetration figures(calculated through DeMarre formula) indicate that it should have no problems defeating this target at striking velocities down to 600m/s, equivalent to the distance of 2200m. 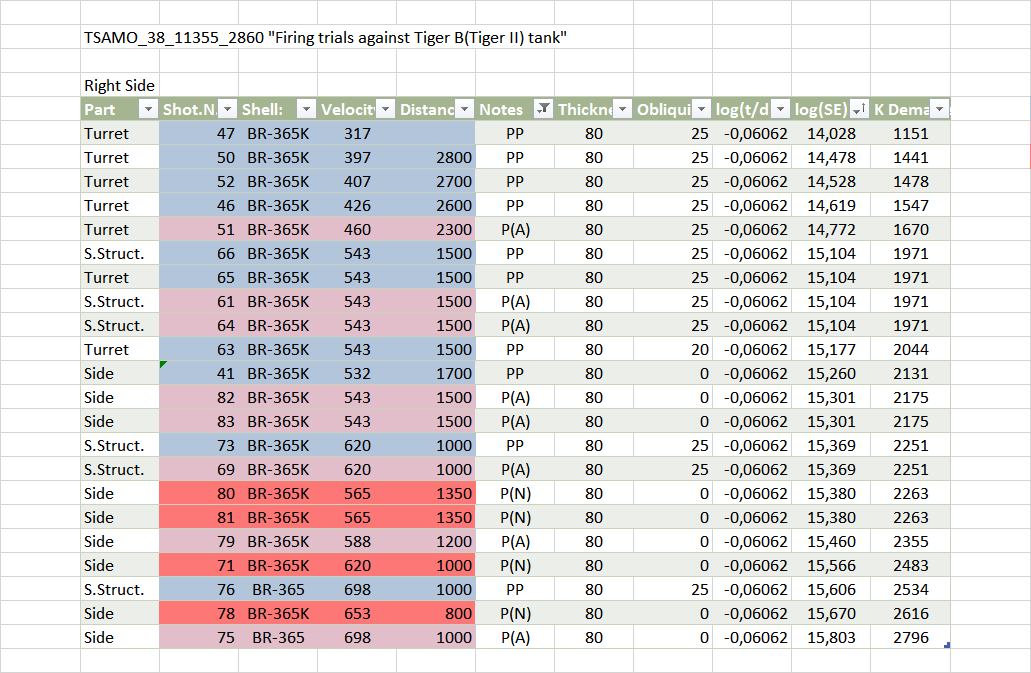