Discussions on the vehicles used by the Axis forces. Hosted by Christian Ankerstjerne
43 posts

critical mass wrote: ↑
19 Aug 2019 14:02
This points towards the likelyhood of the AFV beeing abandoned by the crew and rendered unservicable, a somewhat standart practice.

So in your opinion, the tank was abandoned by its crew, and then shot at by Allied troops sometime later?


Wouldn't that have been SOP, shoot first and ask questions later when encountering an enemy AFV?
Top


So in your opinion, the tank was abandoned by its crew, and then shot at by Allied troops sometime later?

Based on the earliest photo of the wreck (the snow-covered one) the damage was there from the start.

Avalancheon wrote: ↑
20 Aug 2019 08:21
Anyway, these impact holes looks like they came from a larger caliber weapon. Probably a 90mm gun, or something like that.

Perhaps 'something like' the same weapon that dispatched one of its comrades. This TII is the same unit and the same area and even Schneider says it suffered multiple penetrations (6?) before if was blown-up.

TII no turret (137) v.jpg
You do not have the required permissions to view the files attached to this post.
Top

I was wondering how you knew that the suspension had failed. Thanks for the visual explanation.

Perhaps 'something like' the same weapon that dispatched one of its comrades. This TII is the same unit and the same area and even Schneider says it suffered multiple penetrations (6?) before if was blown-up.

^^Are those penetrations or gouges on the glacis plate? ^^
Top


^^Are those penetrations or gouges on the glacis plate? ^^

There is a photo of one of the US soldiers inside the hull leaning over to check these gouges. Perhaps someone has it to hand?
Top

TII Bulge no turret ,,,,,,jpg.jpg
You do not have the required permissions to view the files attached to this post.
Top

critical mass wrote: ↑
19 Aug 2019 14:02
The impact size of the hit is not realistically identified. This would only be possible if the failure is ductile holing and the projectile is intact. If the projectile breaks up, the hole can be mishaped considerably even in ductile holing, let alone brittle type of failures. In such cases, the best indicator of the attacking cal size are projectile remains recovered behind the plate.

One final note: Brittle failure does not equate always with low ballistic resistence.

When a projectile experiences breakup, doesn't the penetration mode automatically change from ductile to brittle? How can the projectile still be making a ductile hole if its been smashed up?

Anyway, these impact holes looks like they came from a larger caliber weapon. Probably a 90mm gun, or something like that.

Although the change of shape of the penetrator which undergoes shatter or break up has a distinct, positive effect on the likelihood of brittle failures type exhibited by the armor plate, it is important to keep in mind that this is only a correlation, not an automatic causal relationship. In practice, both, ductile and brittle aspects are present to various degrees. Cleavage and shear, when viewed in microscopic cross sections, can have fibrous %, and May therefore exhibit a measure of plastic deformation too. F.e. Very soft or very thick (overmatching) armor is often found to leave amorphous shaped but fibrous holes with broken up penetrators, which may occur to the less trained observer as brittle holing. In fact this would be a mistake as the event is ductile. Take the photo kindly referred to by MK of the glacis impacts as an None of the shells will stay intact striking at 50deg, yet the plate was so thick and ductile that the impacts produced ductile marks.
However, often, particularly when the plate undermatches the penetrator, a broken up shell will induce shear (brittle) or plugging (in the middle between ductile and brittle) failure types.
Top


Dang! That glacis plate took quite beating, Thanks for finding and posting!

Another interesting detail : the Tiger 2 in original Post has the 18 tooth drive sprocket and 1 piece tracks. This was from a test batch sent to s.Pz.Abt.506 around December 44?
The only other Tiger 2s with one piece track & 18 tooth sprockets were some of the final march 45 productions.
Top

Its the Tiger II of s.Pz.Abt. 506 knocked out near Wardin.

The crack is also visible in the early photo, so i would tend to combat damage and not target practice. This picture shows the defect but also shows a similar shot not cracking. Perhaps a clue.

The side turret armor of the Tiger II is metal formed to a curved surface. This drawing gives some idea of the bending, more than likely from a large hydraulic hammer, that would be needed if working a flat armored plate.... 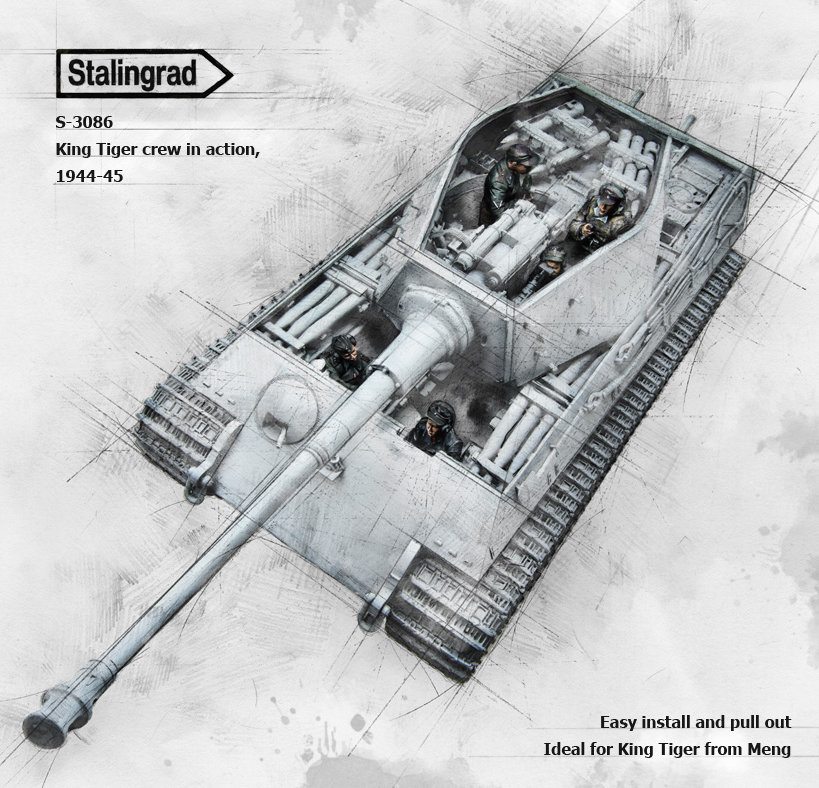 It is possible that the process induces flaws in the plate.
Top

Blowing up the picture seems to show possibly a scab of armor (lower right of hole) came off?

I don't think the cold weather during the Battle of the Bulge was that extreme. It was 'cold' because of the low temps, combined with humidity and winds. Basically miserable weather that did not let frost to develop.

Some reports say that Germans would just open the hydraulics, leaving the gun as is. The thought being they could retrieve it. Firing the main gun in this condition does a lot of damage.

crackedhole.jpg
You do not have the required permissions to view the files attached to this post.
Top

Regarding those vertical stress lines on the curved part of the turret:
.

I imagine the Tiger II went under similar machinery/process. 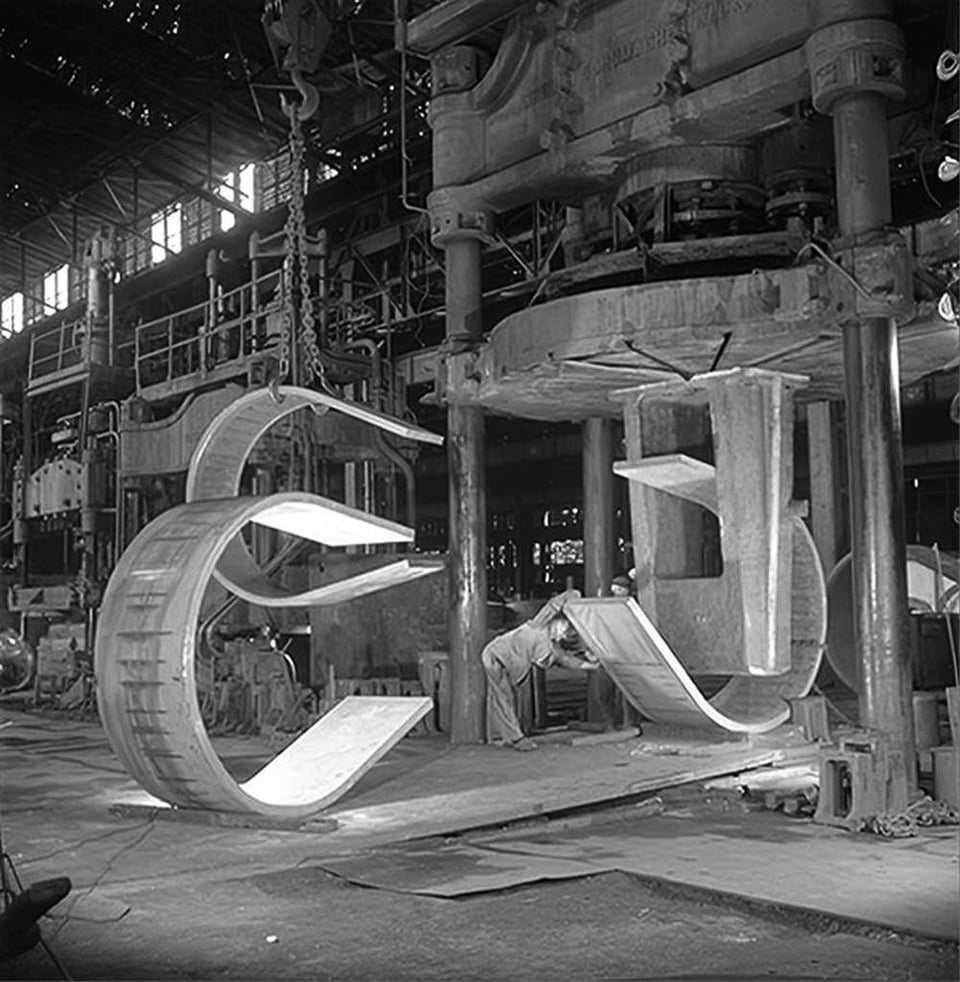 What's everrybody saying, that the vertical lines are Zimmerit or hammer marks?