Discussions on the vehicles used by the Axis forces. Hosted by Christian Ankerstjerne
1 post • Page 1 of 1

Hello to all
In november 1942 german seized CDM turret for Panhard AMD 178 made by clandestiny service (service du camouflage du materiel) in free zone.
(For thus who are interested in this, all the story was written by my passed away friend Pascal Danjou in GBM magazine n°86).
There was two version : 47 & 25mm gun
This turret were used by germans and by the fantastic work of Alain Verwicht and Fabrice Avoie, we know that some of them (mostly 47mm) were used by 14./Sicherungs-Regiment 1 - splited in two units : one fighting in center of France and the other in sarth region where they fight with US troops in august 1944. Panhard, with CDM turret or not, of this unit are numbered 14XX.
This is ok

Anyway, years ago this pics pass on ebay (it's the same vehicule, 25mm, who seems to have been damaged).
We can clearly see that is number is "2702". This picture was taken in a moutnain landscape.

It seems possible for me and logical that it is an other unit but what unit ? Despite my reasearch I can not find...
For other elements i can say that :
- A picture of a 25mm CDM Panhard destroyed was published in a book dedicated to Service du Camouflage, it seems taken in Grenoble area.
- Pascal Danjou & Alain Verwicht also published a picture in SteelMasteer french magazine (#153) of a 25mm CDM panhard in a column with a Fiat 508 as staff car with german troops. 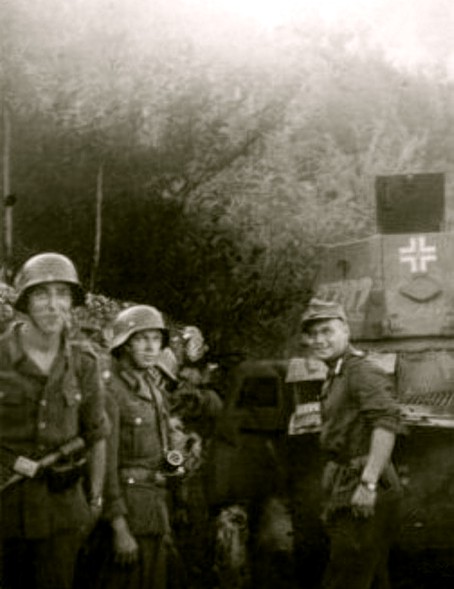 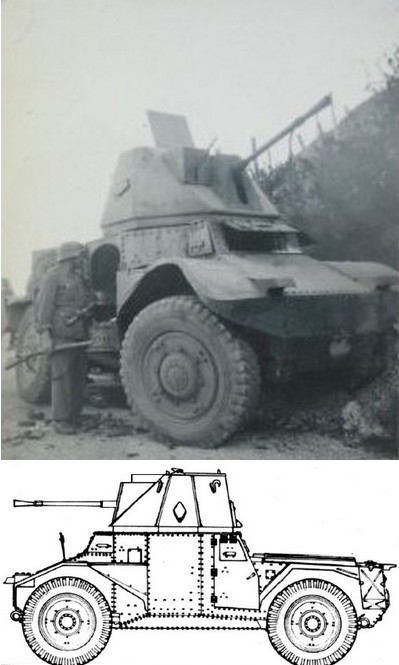