91st Luftlande Division, Does anyone know what there inherent AT capacity was, in terms of AT gun's or SP's if any ?

709th Infantry Division. On D-Day it included about 11,530 troops, somewhat under strength. Its artillery was mostly captured Soviet types, but it had a self-propelled tank destroyer battalion with 14 75mm Marder III and ten StuG III assault guns.

Did any of those get anywhere the beach, Utah, the Stugs and marder's
Top

Sorry, but this is completely wrong.

Hi,
So which unit lost those two StuG III on the very northen edge of Ste Mere Eglise on the 7th June 44 ? both well photographed.

Sorry, but this is completely wrong.

Where does it come from?

TY though for clearing that up it sounds much more complex, and that they had a lot more AT capacity at there disposal than Zaloga suggests

What do you mean by Motorized PAK 40's, that they had trucks to pull them ?

So, It would Seam that the 709, Inherently had a better AT capacity in terms of guns and mobility of those guns than the 91st had ? 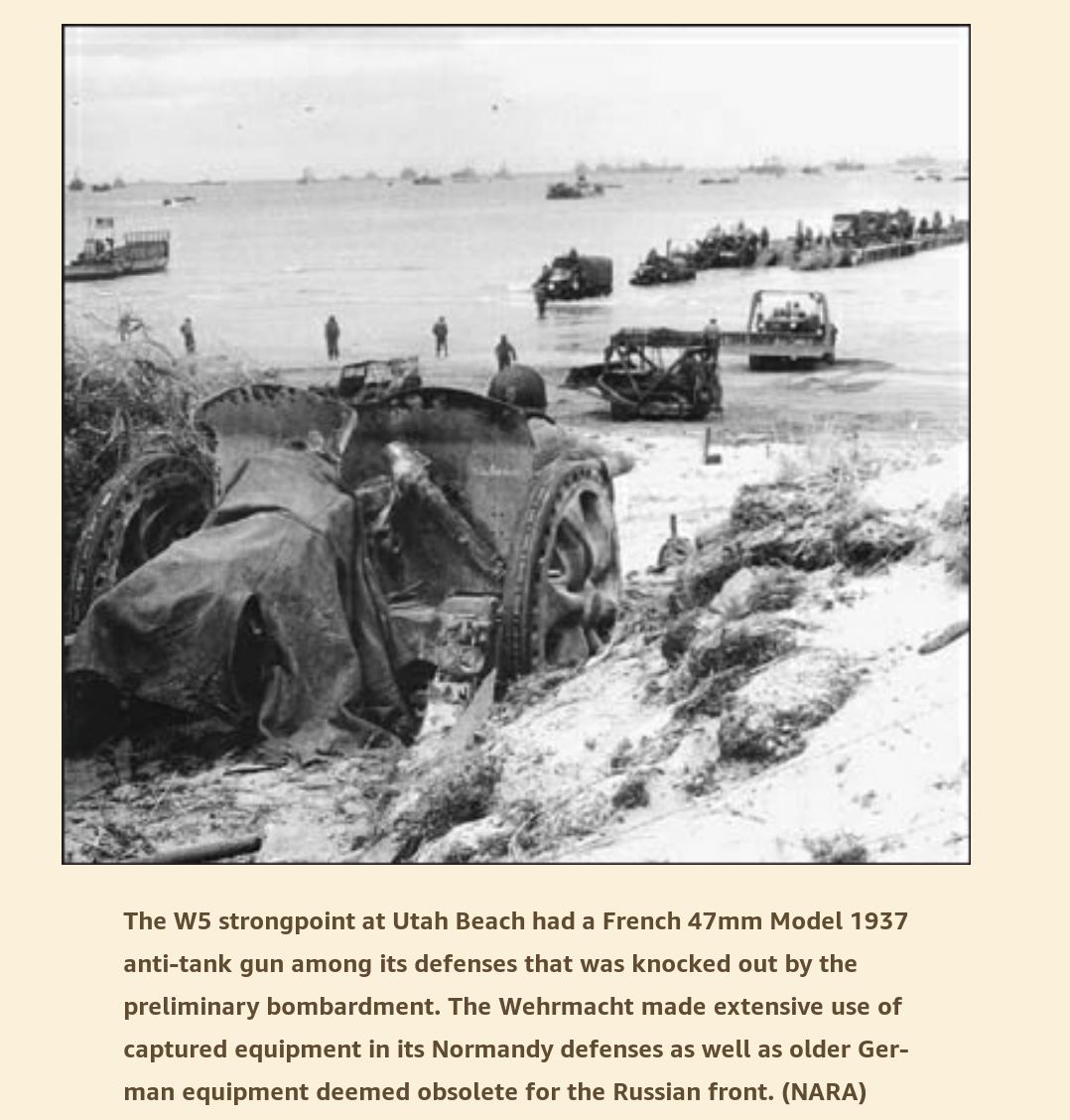 Yes, one of those 4,7cm Pak. This one was part of the coastal defenses, but the company appears to have obtained one for use behind the coast.
The type of motorization is typically difficult to determine unless there is evidence. The three regimental companies are linked to trucks, (probably French) halftracks and possibly Renault UEs. These varied between the companies, which also makes confirmation more difficult.

The 91.LL.Div. was a recent creation. Most new infantry divisions in early 1944 appear to have had only a divisional antitank company and three more Pak with each infantry regiment. As time progressed divisional antitank capabilities could improve. In the static divisions this varied wildly, but it was more typical for standard divisions. (like the 352. and 353.I.D.)
Top

Hi jpz4,
Thanks for the answer on the StuG III, two years ago I stood at the spot where the closest StuG to Ste Mere Elise was knocked out, that is the one with the US Airborne 57mm alongside, its all built up now and within the town limits of Ste M Eglise, but only a couple of hundred yards north of the town centre right by the Hotel du Ville. It was very close.

When I visited Utah Beach in 1964, there were two of those French 4,7cm anti-tank guns in the dunes, side by side, no wheels of course.

cheers PAUL
pictures_0004.jpg
You do not have the required permissions to view the files attached to this post.
Top
8 posts • Page 1 of 1