Discussions on the vehicles used by the Axis forces. Hosted by Christian Ankerstjerne
44 posts

thank You very much for Your reply and for posting more pics of these vehicle. With Your help I could identify the truck I asked for. It is not a Morris, but a Canadian Ford, type CMP (Canadian Military Pattern) 15cwt. Here a pic of such a truck out of the book "British Military Trucks in Wehrmacht Service" by Jochen Vollert for comparing.
By the way, the other truck is not a Bedford Umbauwagen, but a normal German Ford truck G 917 T. 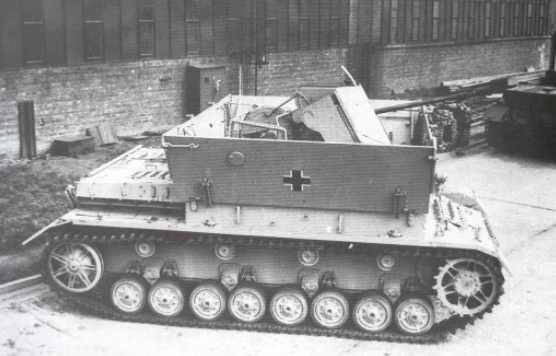 Built on a PzKpfw IV body with new upper-works. The sides folded down for low-angle traverse of the turret. 1x3.7 cm Flak 43 was the weapon. The prototype was built using the 4x2.0 cm mount, similar to the Wirbelwind: 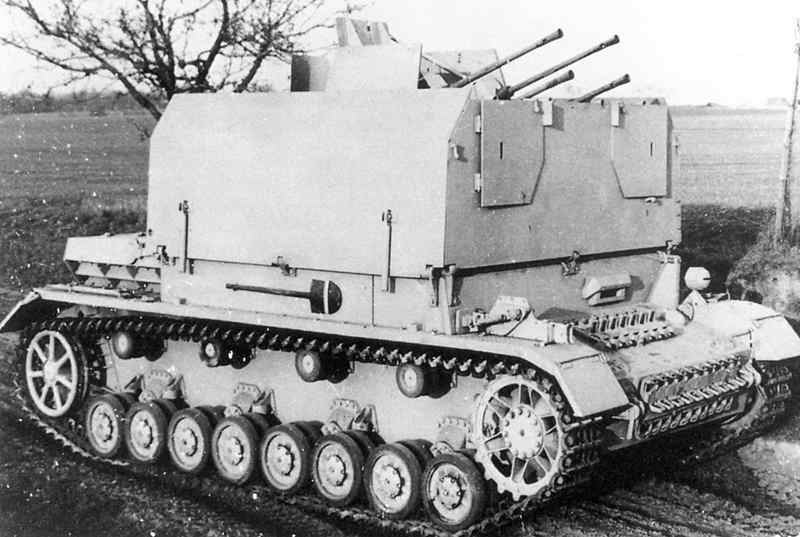 Little record of how it fared in combat. Replaced by the Ostwind. Left to right, Ostwind, Mobelwagen, and Wirbelwind:

All three were used to accompany Panzer units.

Ostwind and Wirbelwind both had open-topped turrets with collapsible sides, greatly improving their ability to address air threats quickly while still retaining some utility for ground operations, by giving full traverse without the need to drop the sides.
Top

Hi Bert,
thank you for the identification.
Here some pictures of Möbelwagen 2nd series.
Regards
You do not have the required permissions to view the files attached to this post.
Top

great pics! Thank You very much for posting!
Here another truck AA-portee, a Mercedes-Benz type L 45oo A.

Hi Bert,
it seems you are interested in flaks on wheels.
Here are some more pictures of Vierlingsflaks which you might not know.
Regards
Armin
You do not have the required permissions to view the files attached to this post.
Top

thanks a lot for posting these very interesting pics! You are right, I´m really interested in all trucks, of course also in flaks on trucks.
The trucks on the first four pics You posted are captured Italian FIATs. Unfortunately I cannot identify the truck on the last pic.

Hi Bert,
I'm glad you liked the pictures. Here some pictures of the Sonderanhänger Ost
mit 2 cm Drillings MG 151_20 and one different trailer.
Regards
Armin
You do not have the required permissions to view the files attached to this post.
Top

thank You very much for these very interesting pics of the Sonderanhänger Ost mit 2 cm Drillings MG 151-20. That was absolutely new to me. A question about the before last pic: could that be in Würzburg near to the river Main?

Hi Bert,
you have very sharp eyes. I never focused on the background of this photo. As a child
I lived in Würzburg for 2 1/2 years and I think it is definately Würzberg with the Festung
Marienberg in the background and in front of it the old Main bridge.
Near the end of the war on March 16th there was a heavy bombing attack by the RAF,
which destroyed nearly 90% of the old town. (Wikipedia).
Here are some more Drilling pictures.
Regards
Armin
You do not have the required permissions to view the files attached to this post.
Top

I've come across this Panzer I Ausf. B with with MG 151/20 "Drilling" in the past. Appearing to be somewhere in a European town being inspected by a Red Army soldier.

Its the only instance of this sort of vehicle I've seen. Though the act of gutting a Panzer I's central compartment to use it for something else isn't unusual - there were ambulances, ammunition carriers, tractors, and training vehicles created in a similar manner.

I would say though that the amount of space available for the gun's crews would be extremely limited. Having made a similar conversion on a 1/56th scale model there was next to no space for the gunner to move the gun, let alone stand. So I'm not sure how they'd be capable of properly using the gun. Having to move the entire vehicle to aim seems redundant for a gun which is supposed to track fast moving aircraft. So potentially this may have been used against ground targets instead? 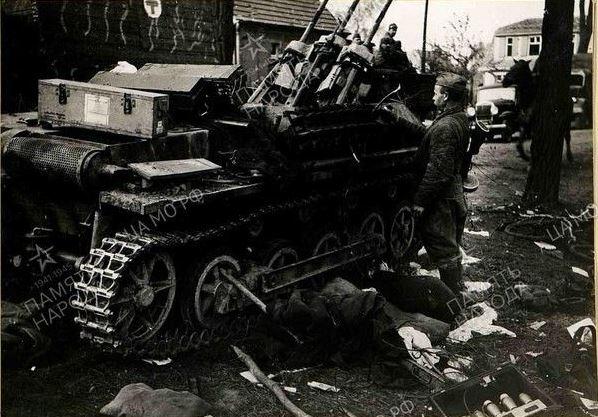 Hi Blorange,
I do not think that there is enough space to put thr Drilling into a Pz I.
To me it looks like a ammunition carrier with the Drilling standing just
in front of the vehicle. Look at the ammunition boxes on the back of the
motor deck. The angles also do not seeem to match. While the panzer seems
to be slightly tilted to the right the gun is standing perpendicular.
Regards
Armin
Top

Hi Blorange,
here 3 pictures ofa Fahrschulwanne Pz I with Zwillings-MG 34.
Regards
Armin
You do not have the required permissions to view the files attached to this post.
Top

Yes I see what you mean now. The vehicle pictured is clearly an ammunition carrier based on the angle of the weapon system. Oh well, having come to this realisation I immediately decided to sell off the model I made (I'll find an excuse to fit in another Panzer I into my collection at some stage).

The pictures that you posted of the training vehicles converted to fit those guns are interesting. Do you think that they were intended for training (as a particular Panzer I fitted with a Pak 36 seems to have been), or as a combat vehicle? Using such a small vehicle for this sort of role would free up more modern armoured vehicles for other tasks of course. Ammunition storage may be a problem - though to be honest many of the flak vehicles that I've seen seem to have relied on external ammunition carriers.
Top

Hi,
yes I think they are training vehicles. The pictures are definitely made while training.
By the way the MGs are model 42 not MG 34.
Regards
Armin
Top
44 posts