Hello all. This is not necessarily a what-if scenario, more a question aimed at understanding the potential of Lippisch's flying delta-wing design. Now, I gather from the NACA wind tunnel report on the DM-1, that the aero-dynamics of said design are somewhat stable, but likely not for the projected speed, especially with the present thickness of the airfoils and vertical stabilizer projected to cause significant drag. Now that does not include the flight tests of the glider, because those were never carried out. Also in the report is the modifications made by NACA to alleviate the problems seen in Lippisch's design. The following photograph is the end result. 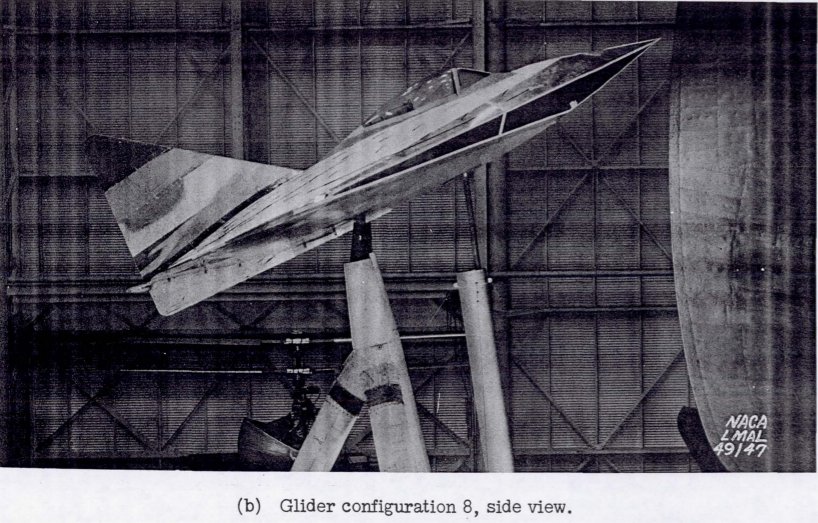 With that being said, I imagine given Lippisch had both the time and the resources to continue his work, he may have come to that same conclusion and adapted his design; of course, depending on how successful his P. 13b design was in contrast. Anyway, what I am wondering is the design parameters of the P. 13a were centered around a ramjet, so would modifying said aircraft more or less like what is demonstrated in the NACA report necessitate swapping the ramjet for a turbojet or rocket engine? Clearly, the increased size and weight would make carrying the aircraft aloft (piggyback style) fruitless, right? I know the Mistel bomb was much larger and probably heavier, and it too was carried aloft, but can we really compare those two in functionality?
There are three sorts of people; those who are alive, those who are dead, and those who are at sea.
Top