For those who do not speak French here's a summary: 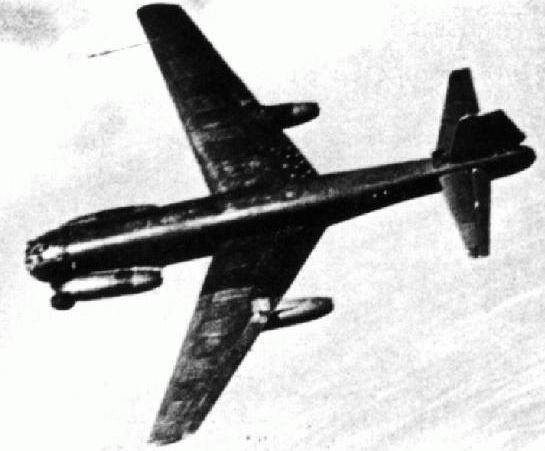 The drawing below represents the EF-131, a slightly modified Ju 287 V3 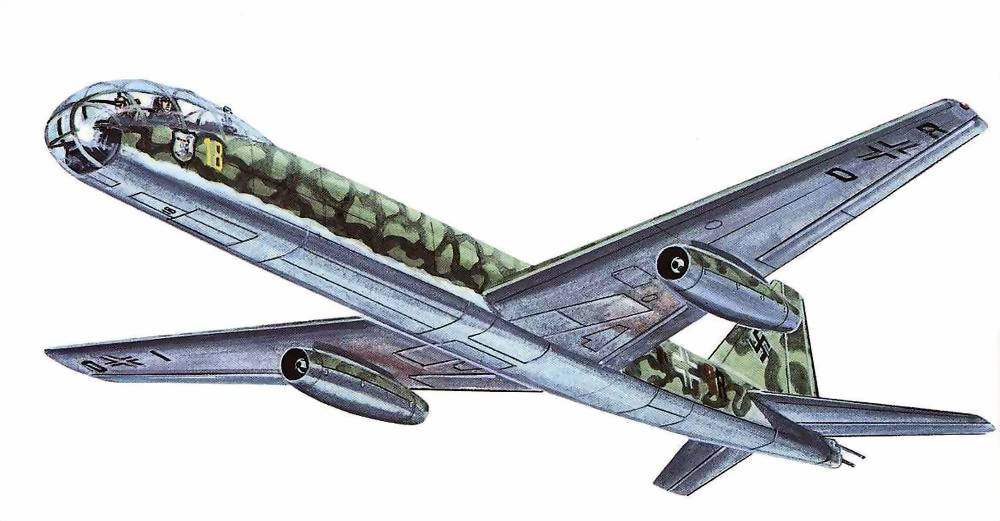 All images are from:
http://perso.wanadoo.fr/prototypes.com/index.html

Here are photos of the Junkers Ju 287 V2 (code RS+RB) being hidden in the forest at Brandis, as well as a 3-view color drawing of it.

1577243063670.png
129214-29fc359ba7a2e8f6cba7285907a1a704.png
1577243138415.png
You'll note that the second Ju 287 prototype, despite being similar to Ju 287 V1 in being made by cobbling parts from different aircraft, differed not only in having 6 turbojets and a slightly lowered horizontal stabilizer, but also light grey colored trouser pants for the nose wheels and the inward angle formed by the landing gear support struts (as opposed to the outward angle formed by the landing gear support struts of the first Ju 287 prototype).
You do not have the required permissions to view the files attached to this post.
Top
18 posts