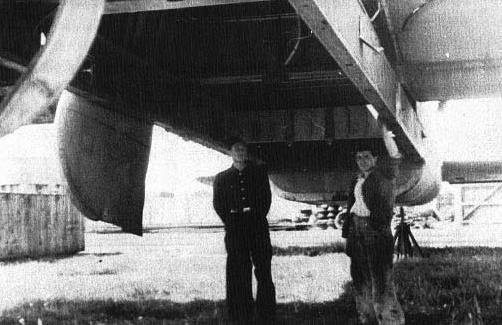 Francis these two POW reports from Kew PRO which link a bomb called 76 Zentner with an He177 having an enlarged bomb bay.

This report SRA. 4450 notes 76 Zentner was a bomb that could destroy a whole town "so there wasn't a soul left there." 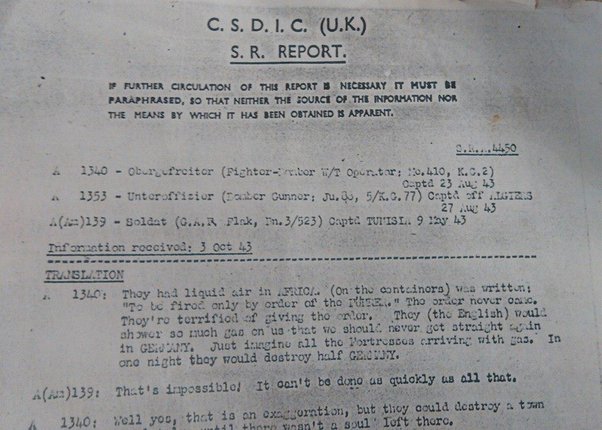 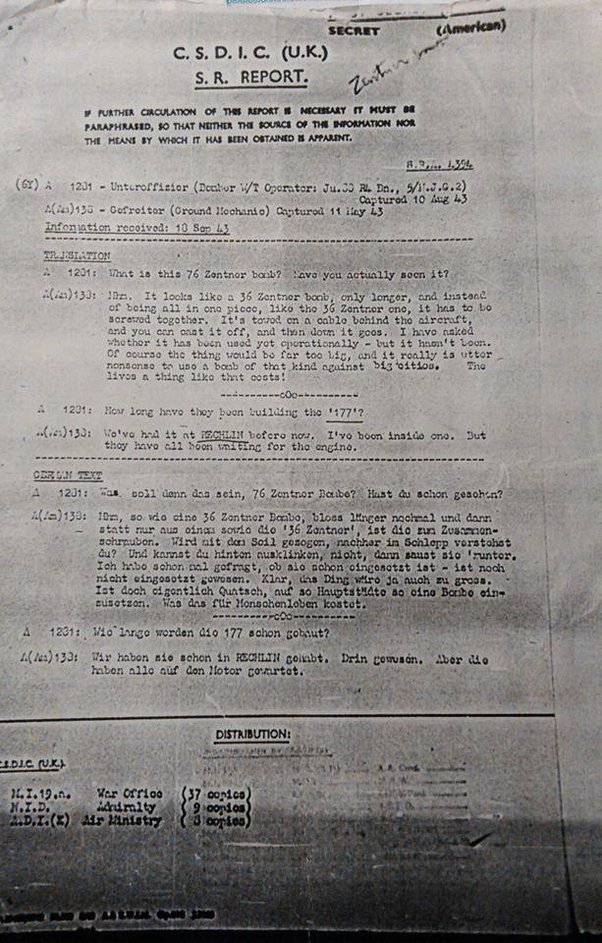 Pilot Peter Brill revealed in 2005 that these modified aircraft were called AK177 and they had contra rotating four blade propellers, giving them improved fuel range and better ceilings.

Firstly, these are not interrogation reports, they are secret recordings of German airmen prisoners, hence the abbreviation S.R.A. These secret recordings are full of soldier gossip, and should not be used as a source unless you have other, more reliable evidence to confirm what they state.

Thirdly, I can see no mention whatsoever of 76 Zentner in S.R.A. 4450 (I have a copy of the entire report, rather than just the snippet you posted). The mention of destroying a town is actually a reference to the British and Americans destroying a German town with gas if the Germans ever dared to use liquid air (flüssige Luft in the German version of the transcription). The second half of the report, which you don't show in your post, is the Flak gunner prisoner saying that this liquid air was apparently already being used by German anti-aircraft defences in the Ruhr. I'm not sure how you take S.R.A. 4450 to be evidence of 76 Zentner being a German bomb able to destroy an entire town.

I also see that the individuals in these reports are all junior enlisted (the equivalent of a lance corporal, two sergeants, and a private). This says to me that they're talking pure smack based on rumor and speculation rather than expert knowledge about some system.
Top

Messerschmitt were working on a swept wing version of the Me.263 (proposed by Junkers , called the Me.247. This Variant bore uncanny resemblence to the Tupelov Tu95 Bear which it undoubtedly inspired 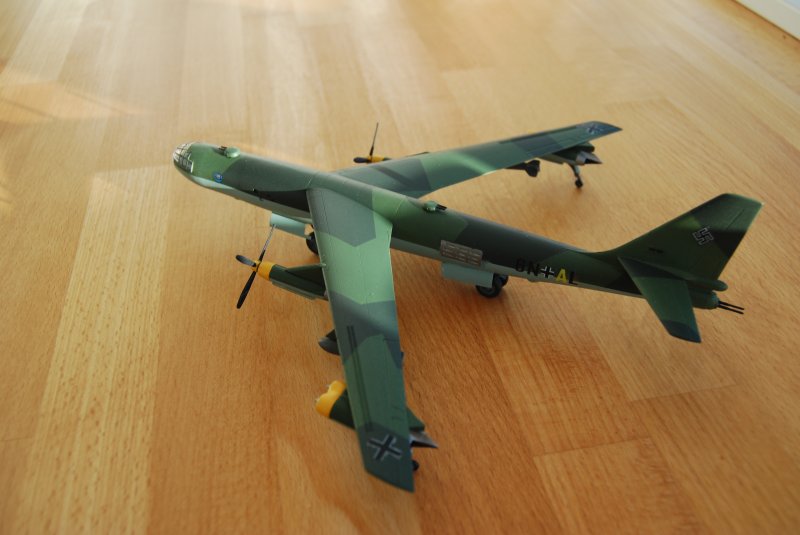 This "Me 247" is a modeller's what-if fantasy, not a real project.
Top

sagallacci wrote: ↑
19 Jul 2009 05:57
Going back to the original thread for a sec.
My mention of the structural diagram of the He177 simply illustrates that there is simply nothing to the notion that He177V38 "must" have been modified for an atomic bomb, or for that matter, any over-size ordinance. The stripped out belly is just that. A fuel tank pallet or even simply a light-weight fairing could have easily been put in in place of the usual divided bomb bay structure, especially if the machine was being used for other systems testing (some sources suggest radar or other electronic stuff) and they simply wanted to save some weight to improve the beast's mileage... 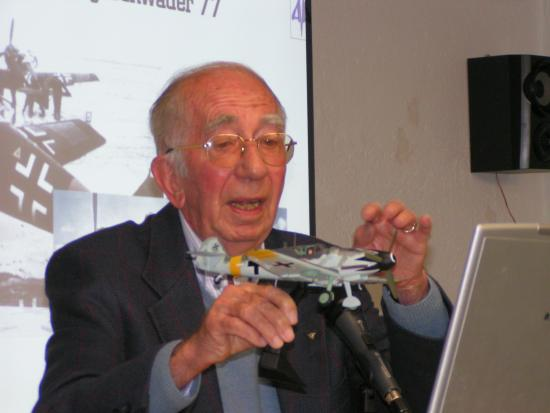 On the contrary former He177 pilot Peter Brill who passed away Feb 2013 revealed in April 2005 from Sabadel in Spain that nine He177 were modified with enormous bomb bays for a mission to bomb New York, Four of these modified He177 which he called AK177 were stored ready for the mission at Sprottau under camouflage netting. Peter was one of six pilots trained to fly a one way bombing mission to attack New York. 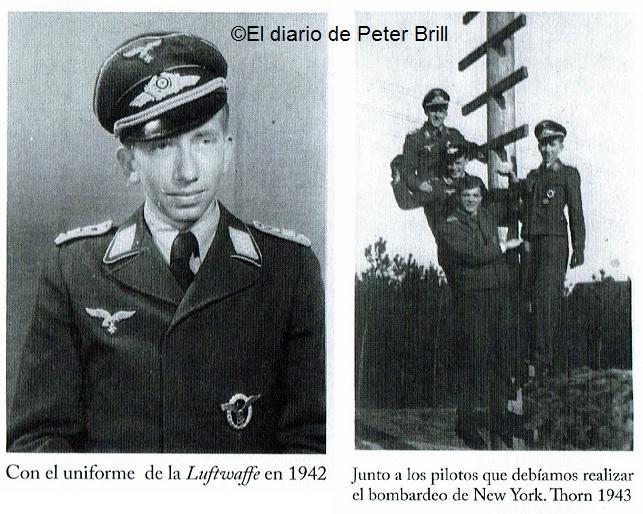 IN the "enlarged" bomb bay of the V38, the width & height are unbroken for a length of 4.6m. bomb bay doors form two panels either side of which, one folds inwards and the other outwards. with the forward bomb bay devoted to a single large bomb called 76 Zentner, the 2.9m L rear bomb bay is available for fuel storage. 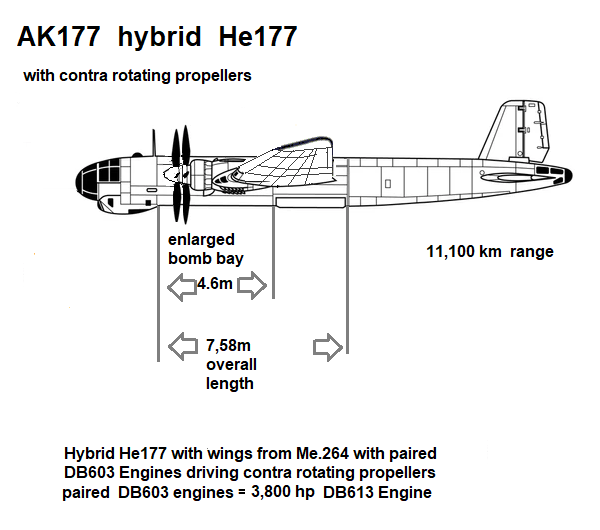 when captured, German prisoners falsely advised V38 was one of three He177 A-7 aircraft for export to Japan.

However in a conference convened by RLM, between Heinkel, Messerschmitt & Junkers January 1944, it was agreed to develop a hybrid He-177 with wings from the Me264, using paired DB603 engines clutched to a single shaft as the DB 613 producing 3800hp.(Brill claimed engines could be clutched and shut fown in flight)
This hybrid was dubbed the "Ju177 with wings attached from the Me264. it was projected to have the following specifications: 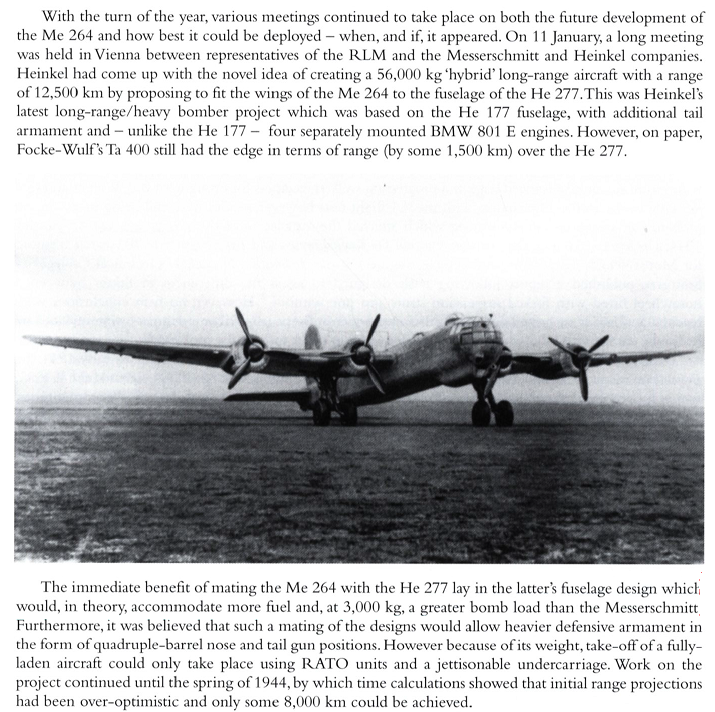 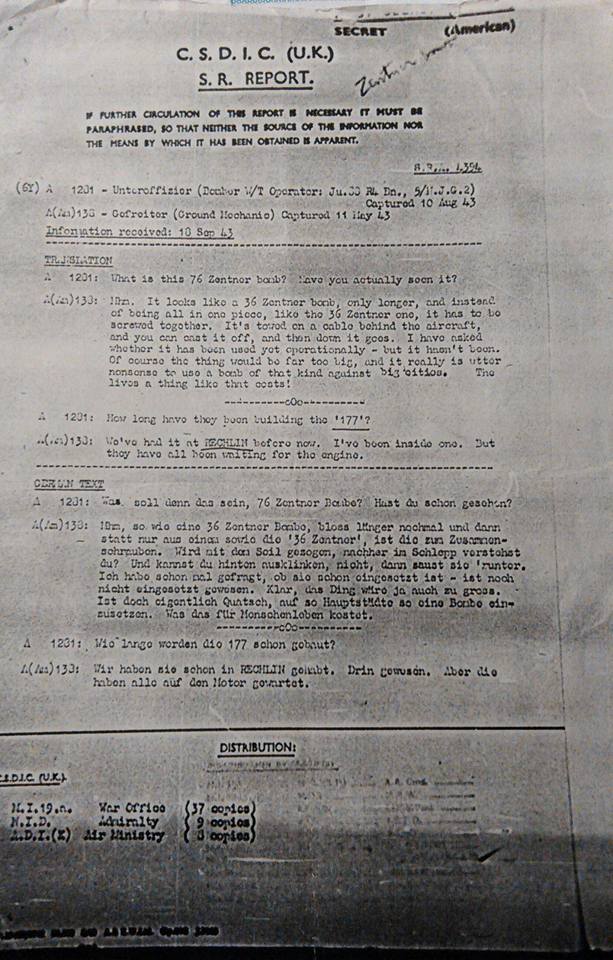 Michael Kenny wrote: ↑
03 Jan 2022 02:32
I note this post that make very serious claims that sources are being manipulated and misrepresented has not been addressed.

Why is that?
Is it because you know you are being dishonest and having no defence your only option is to hope it will be forgotten?

You offer no credible explanation for the 76 Zentner elsewhere described as a bomb able to destroy a whole town... "until there wasn't a soul left there." 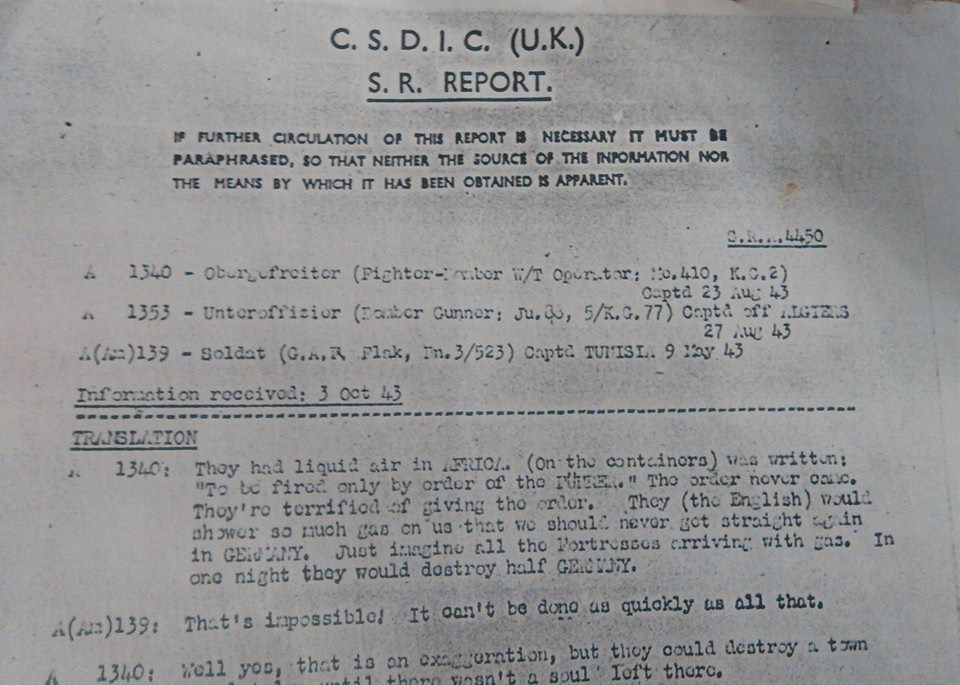 First when I called these"interrogation reports it was for want of a better description . I fully acknoledge the acronym CSDIC always relates to intelligence gathered from POWs by use of hidden microphones.

You seem unable to debate the topic without launching into the histronics of personal abuse? which speaks more about your judgement than mine.
I do not see why i should address abusive accusations. unless that is the topic of this thread? The topic in case you forgot is the;

when you become apoplectic does it cut off blood supply to your head, just curious?
Top

The problem with any of these aircraft, at least the halfway realistic ones, is none of them can fly fast enough, or high enough, to escape a nuclear device when it detonates. The US had to specially lighten and modify B-29's for nuclear delivery that could drop the bomb from well over 30,000 feet and using a special maneuver and maximum power, dive and run from the bomb before it detonated.
The aircraft available to the Germans can't match this.
Top

You offer no credible explanation for the 76 Zentner elsewhere described as a bomb able to destroy a whole town... "until there wasn't a soul left there."

First when I called these"interrogation reports it was for want of a better description . I fully acknoledge the acronym CSDIC always relates to intelligence gathered from POWs by use of hidden microphones.

I gave a reasonable explanation in post 152, but to elaborate:

You have three POW, one a lance corporal who is a radio operator on an aircraft, a junior sergeant who is an aerial gunner, and the third a private who is most like the loader on an antiaircraft gun discussing something after being captured. None of these three probably know squat about what they're discussing other than possibly second or third hand something they heard.

The second report that's shown is a similar discussion between a junior sergeant aircraft radio operator and a corporal who is an aircraft mechanic making similar claims, most likely heard second or third hand too.
Top

Simon Gunson wrote:Peter was one of six pilots trained to fly a one way bombing mission to attack New York.

And unsurprisingly Peter Brill was the only one of the six that survived the war.
Top