Discussions on all (non-biographical) aspects of the Freikorps, Reichswehr, Austrian Bundesheer, Heer, Waffen-SS, Volkssturm and Fallschirmjäger and the other Luftwaffe ground forces. Hosted by Christoph Awender.
6 posts • Page 1 of 1

I do not find anything about artillerie regiment 46 in Westfeldzug ...
This is a picture taken in Bordeaux. The unit seems to have taken part in fights in Poland, Dunkirk, La Rochelle, Bordeaux, Dax, biarritz ... 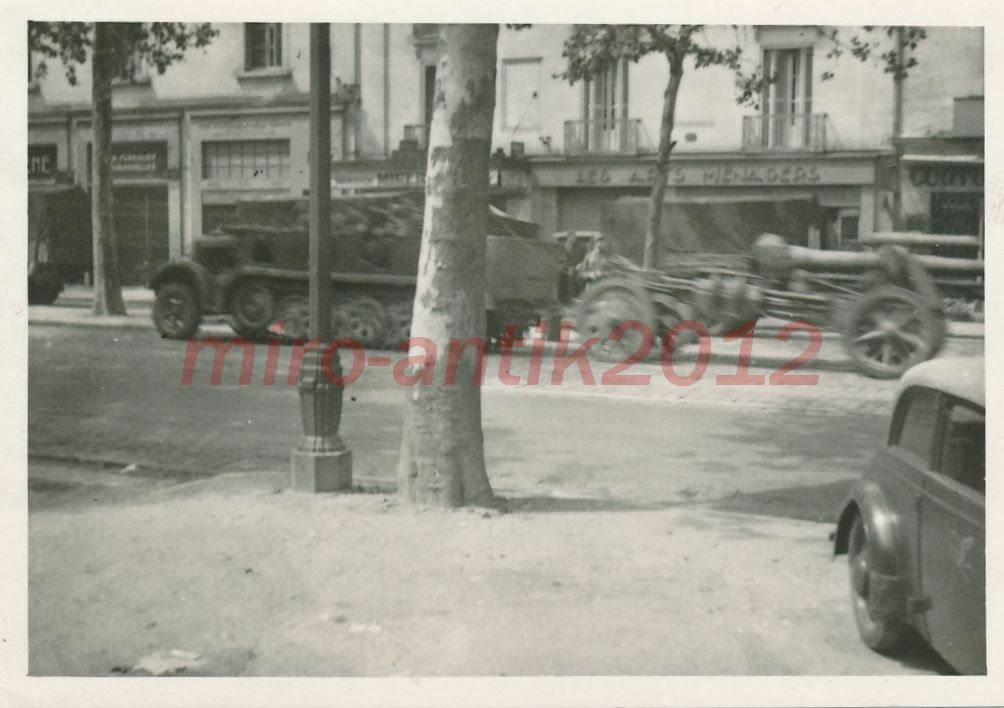 First the Artillerie Regiment 46 was a heavy artillery regiment without a regimental staff. The I. / AR 46 joined the 10th Infantry Division when it was mobilized as a heavy division for the 10th Artillery Regiment. In the second phase of the French campaign, the "Battle for France", the division took part in the advance to south-east France with the 12th Army. The division passed Verdun to the west and southwest, followed the Meuse on the west side and stood on the Langres plateau at the end of the western campaign.

Thank you very much for your answer ! I had ever read about AR46 but found nothing about South west in France ... The unit went in La rochelle, Niort, Bordeaux, Biarritz ...

This is the link :

You're welcome...and thanks for that link