I look for the story of luftwaffe pilot who involved the bombing, how they defend themself and bomb the city. Thanks
Top

Re: Bombing Moscow in 1941 - interesting fact

Soviet released photo July 1941--captured bomber crew shot down in Moscow air attack
You do not have the required permissions to view the files attached to this post.
AHF Bookstore - How you can support AHF - Get your AHF gear
Top

Re: Bombing Moscow in 1941 - interesting fact 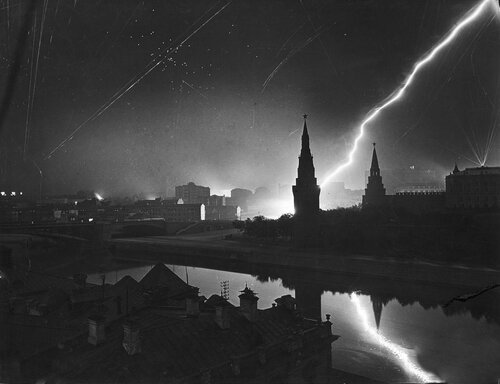 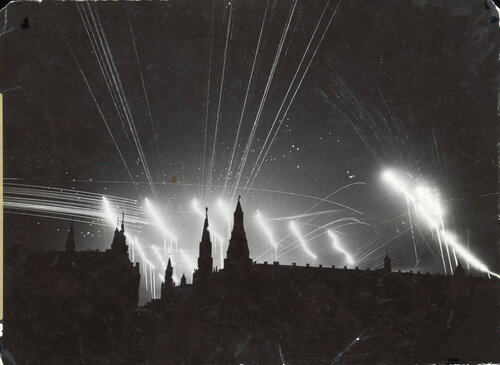 TISO wrote:
It is interesting to note small number of planes germans lost. On the other hand tonnage of bombs is by my opinion a little overestimated. PVO fighter arm's goal was to disrupt bombing raid and force bombers to drop bombs off their target.

Right! Exactly what I wanted to say as my hypothesis.
So, for example, here, at the self core of the Soviet heart, with Kremlin and Stalin, the fighters main goal surely wasnt to shoot down as many as possbile, but to break off the attacks.

A half damaged plane who tried to return, was of course not killed off as it would be a matter of fact everywhere else, but they proceeded with next...
Etc.

Flak must have also been heavy, with lotsa of big AA guns. 100 mm? 130mm? when they shot victory saluts, there were hundreds of cannons saluting, no? My guess the saluting cannons were they heavy AA guns they did had already massed in Moscow.

Another factor, not yet mentioned in this thread, but mentioned in other threads:
It is known Moskva was deeply camouflaged, and Russians masters of Maskirovka. (art of camouflage).
So for example the Red Place was painted to look entirely elsewhere...

It strucks me, they could have a painted centrum and Kremlin somewhere else....

And thus - very few bombs struck the Kremlin... the tale of merely totally 200 planes bombing the inner city may even be thrue.
The others thousands of planes were deceived - or forced to let their bombs on Moskvas less central parts.
Top
19 posts