Discussions on other historical eras.
34 posts

For those forum members who read German, there are three outstanding book series regarding various aspects of life in the former DDR. These books are written by some of the top German academics and archivists. Here are summaries of the three series:

1. Wiss. Reihe der Bundesbeauftragten für die Stasiunterlagen (Literally, "Scholarly [Book] Series of the Federal Deputy for Stasi Files"). In this official series, German scholars and archivists explore documents found in the Stasi archive (To those of you familiar with Yale's Annals of Communism series, you'll find that the format is similar). To date, over thirty volumes have been released to rave reviews. I have purchased three of these books and can say that they are excellent. Among the topics that are examined are political education in the security service, a profile of Stasi informants (two volumes), the failed June 17, 1953 uprising, state-church relations, and, perhaps most controversially, the secret East German commando teams that were tasked with carrying out assassinations and acts of sabotage in West Germany during times of East-West tension. Last year's release of Henry Weide’s definitive book regarding the Stasi’s use of suspected Nazi war criminals in its intelligence activities destroyed the myth of East Germany’s “impeccable” anti-fascist credentials. ***It would not be an overstatement to declare that these books are practically re-writing portions of modern German-German history.***

2. Forschungen zur DDR-Gesellschaft ("Research on DDR Society"). So far, 43 volumes have been published on various aspects of DDR life. I haven't read any of these yet, but I'm anxious to.

3. Militärgeschichte der DDR ("Military History of the GDR"). This series deals with the former DDR armed forces. To date, thirteen volumes have been released. Among the themes examined: military justice, the final dissolution of the NVA, and a mammoth 900-page study of the original Kasernierte Volkspolizei, or "Barracks Police." I just received the newest volume, Die feldgraue Erbe, which covers the former Wehrmacht veterans who helped form the NVA. Since this matter has received significant attention in this part of the forum, many members will no doubt want to purchase this particular book.

I'm sure that answers to many of the questions posted here can be found in these books.

If you buy through the below links you not only get the books you want but you also support the forum while shopping!
* AHF Bookstore
* Amazon.com (UK, Germany)
Last edited by George Lepre on 24 Nov 2006 18:16, edited 1 time in total.
Top

I have some of the titles published by Christoph Links Verlag and they are very good.

The idea of this sticky is to collect recommendations on books dealing with Cold War History to help members who want to learn more about this subject.

Please post the title, author and a short (or long) explanation as to why you feel that particular title deserves to be mentioned.

If you buy through the below links you not only get the books you want but you also support the forum while shopping!
* AHF Bookstore
* Amazon.com (UK, Germany)
* Abebooks
Top 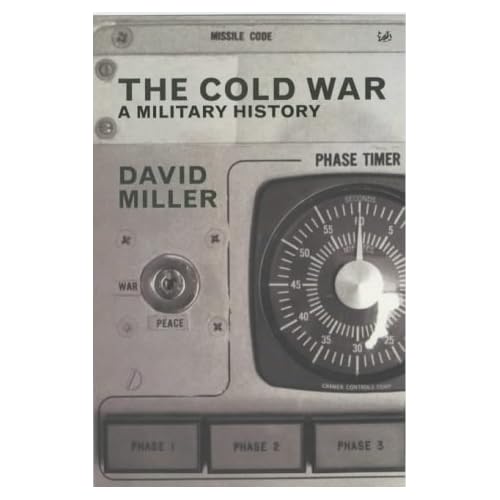 This book takes a macro view of the Cold War,presenting both strategies and weapon systems developed.One of "the few general histories of the Cold War".
Top

About Face: Odyssey of an American Warrior,by David Hackworth.

Hackworth's experiences in the US Army from Trieste in 1946,Korea in 1951,Berlin 1961,Vietnam 1965-1971.An insight into the ups and downs of the Army at both the personal and tactiful level as it was continually configured to meet its requirements in the Cold War.

Street Without Joy by Bernard Fall.

Fall's classic on the French experience in Indo-China.

The idea of this sticky is to collect recommandations on good books dealing with the Nationale Volksarmee & the GDR.

Please post the title, author and a short (or long) explenation as to why you feel that particular title deserves to be included.

The Battle for the Falklands Max Hastings

Hastings served as a journalist at the Falklands and this book is an excellent narrative of the campaign. 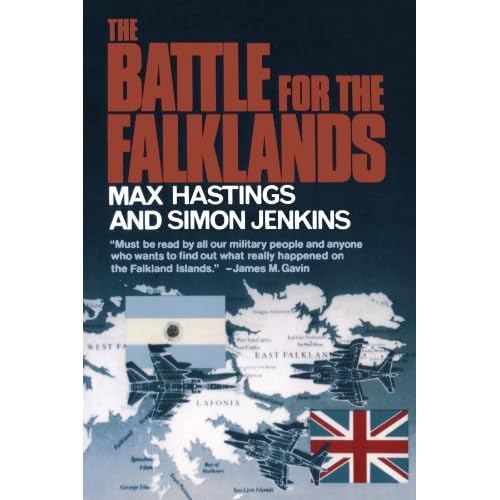 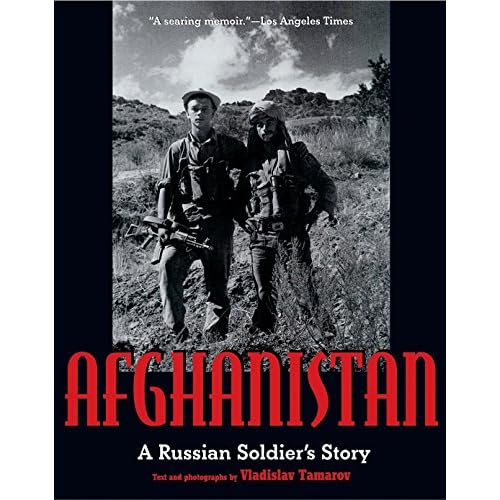 "THE EAST GERMAN ARMY" by Thomas M. Forster is an excellent reference. There are 2 editions published
in English, 1967 and 1980. Both are superior.

"EAST GERMANY A COUNTRY STUDY", 3rd edition , published by the US Government in 1988. This book belonged to the "area handbook series" and provides excellent information on all areas of the East German society. Sadly, the US Government discontinued this series a number of years ago.

"MAN WITHOUT A FACE", by Marcus Wolf. This is the master spy's autobiography. A very interesting book for information on the STASI's foreign intelligence network. It also provides insight into the workings of this man's mind, a "true beleiver" till the end.

I have 4 additional books on East Germany on order. Most Notably is "REQUIEM FOR AN ARMY", a very expensive book, which fortunately has just become available in paperback ( still not cheap at @ $30). I'll post their titles and a comment after I read them.
Top

The Fall of the GDR by David Childs
Top

Books on the Military Liason Missions in East Germany:

BRIXMIS by Tony Geraghty - This book presents the secrets of how British intelligence officers working undercover as liaison officers in East Germany stole advanced Soviet equipment and penetrated top-secret training areas. For 40 years the men from all three armed services, the SAS and the Foreign Office conducted an intelligence war against the massive Soviet military strength.

BRIXMIS The Last Mission by Steve Gibson - A first person account of the operations of a unique British military unit with the privilege of operating behind the Iron Curtain throughout the Cold War. Written by the unit's last tour officer, it covers the years 1988-1990 while also offering historical perspectives on the unit's almost 50-year history. (I think this is the best one)

USMLM Potsdam Mission: Memoir of a U.S. Army Intelligence Officer in Communist East Germany James R Holbrook - newly declassified information makes it possible for the first time to tell part of the story behind the Cold War intelligence operations of the U.S. Military Liaison Mission (USMLM) to the Commander of the Soviet Army in Communist East Germany. Intelligence collection often led to dangerous encounters with the Soviet and East German armies. On occasion, Allied officers and non-commissioned officers were seriously injured. Before it all ended with the collapse of the Iron Curtain, one French sergeant and one American officer had been killed. Potsdam Mission traces the development of the author into a Soviet/Russian specialist and U.S. Army intelligence officer. The author then relates his own intelligence collection forays into East Germany by taking the reader on some trips that include several harrowing experiences and four arrests and detentions by the Soviets. By dramatizing his encounters in East Germany, he attempts to capture the real-life atmosphere of what it was like to be sneaking around Soviet and East German military units and, at times, doing whatever was necessary to evade detention. Finally, the author describes the challenges and rewards of interpreting at USMLM and comments on the important role played by USMLM in Cold War intelligence.

USMLM Licensed to Spy: With the Top Secret Military Liaison Mission in East Germany / John A. Fahey. - To old Cold War warriors, Berlin duty had a particular appeal. Berlin, once located 110 miles inside East Germany and in the middle of 22 Soviet divisions, gave an immediacy and sharper focus to soldiering. A small group of skilled military personnel had even closer contact with the Soviets. Some 14 officers and men were assigned as part of the U.S. Military Liaison Mission (USMLM) to the Group of Soviet Forces in East Germany. They lived outside Berlin in the city of Potsdam and performed various liaison functions for Soviet and U.S. theater commanders and, unofficially, collected information throughout East Germany. Information-collection was dangerous, and sometimes USMLM vehicles came back with crushed fenders or as burnt-out hulls. In 1985, a Soviet soldier shot USMLM Major Arthur (Nick) Nicholson. The Soviet general who arrived on the scene deliberately denied first aid to Nicholson, and Nicholson bled to death.
Top

Under The Loving Care Of The Fatherly Leader: North Korea and the Kim Dynasty by Bradley K. Martin.

An extensive insight into the personality cults of Kim Il-sung and Kim Jong-il, and North Korea as a nation under their leadership, both domestically and on the international stage. A lengthy, but extremely valuable read.

Militarische Uniformen in der DDR 1949-1990 by Kuebke & Kunz
Best uniform resource for all branches and periods.

Soldat in Osten by Horst Stechbarth
Stechbarth was head of the Ground Forces for many years. only wish I could speak German, but the photos are excellent as well.

Several of these I picked up from amazon.de
Top

This book is excellent if anyone wants to learn the inner workings of the KGB and all the various problems and issues they faced during the Cold War. Also it gives a good view of the geopolitics of the Cold War in general.
Top
34 posts