Discussions on other historical eras.
111 posts

Yuri wrote: ↑
12 Apr 2022 11:25
An artillery gun (art.platoon, art.battery) always, I emphasize once again always, should have several combat positions (one of them is called the main one and the rest are spare), this was before the appearance of drones, and it is not clear why you think that with the advent of drones, there should be only one position. The guns are constantly moving from one combat position to another.
In addition, several false positions and false guns in such positions are necessarily created.

At no time did I ever claim, or mention, one firing position. That there are several is beside the point.

Sorry, sir!
That is, as it was not stated?
Here are your words.

Destroying the enemy comes in many forms, of which the physical destruction of men and machines is just one version.
In this case forcing the enemy to constantly redeploy his artillery assets - and thereby unable to support the front line troops - is a win even if no shots are fired.

And I answer you:
Constantly/continuously moving your artillery guns is forced not by the presence of drones, but by the requirement of instructions for the combat use of artillery guns. These requirements appeared in the instructions long before the appearance of drones. In addition to drones, for many years there have been several dozen ways to determine the coordinates of the combat position of artillery guns. If you do not want your gun to be destroyed, you must move them constantly from one place to another., regardless of whether your opponent has drones or not. Because it is known for sure that he has several dozen more ways to determine the location of your guns and destroy them without the help of a drone
Last edited by Yuri on 12 Apr 2022 12:36, edited 1 time in total.
Top

Yuri wrote: ↑
12 Apr 2022 06:36
Stealth is the main advantage of the drone.
If the drone is detected visually, then we can confidently say that the remaining time of its existence is very small.
The detected drone is an excellent target, because it is slow or even hangs in place and has no means of protection.

This assumes:
1) The enemy has the means to shoot down the drone.

The artillery battery has regular anti-aircraft weapons. It's the same in an infantry company. An artillery battalion/regiment must have a battery/battalion of an Anti-Aircraft Missile System.
When I served in the infantry, it was in the early 70s in our infantry company there were MANPADS "Strela-2", and in the regiment ZSU-23-4 "Shilka"
https://yandex.ru/video/preview/?filmId ... 0%BA%D0%B0
and ZU-23-2.
In 1980, when I was already an artilleryman, there were much more serious anti-aircraft weapons in our artillery regiment besides the Shilka.
Top

Oryxspioenkop who is keeping a running tally of Russian and Ukrainian hardware losses using the methodology of photographic evidence, which is, if anything, likely to underestimate total losses has:

As a percentage of those lost, destroyed appears to be about 43% for SP and MLRS losses and only 19% of towed artillery losses.

I don't know what percentage of the Russian artillery park is made up of SP, towed and MLRS systems and of course the figures have to be treated with caution but it might indicate that towed artillery may have an advantage in survivability over the SP. 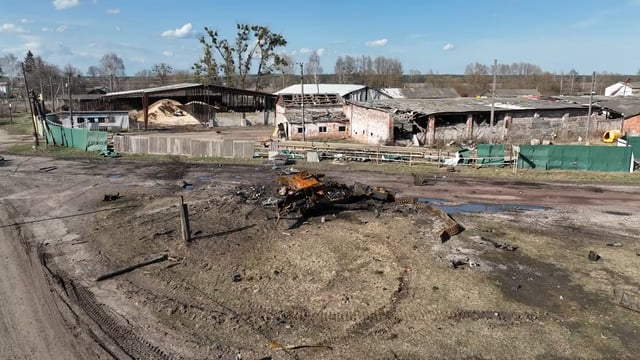 Generally speaking, consider that the modern version of unmanned aerial vehicles (drones) this is something completely new wrong.
The first unmanned aerial vehicle appeared on June 5, 1783 and it was, as I hope you have already guessed, the balloon of the Montgolfier brothers. Well, then it went-it went, I won't tell you, you know everything well yourself.
During the Second World War, gas-filled balloons were actively used by artillery scouts.
Top

That's how it should be. Self-propelled guns are in the ranks of advancing tanks and infantry, respectively, they suffer losses from direct fire and from all types of anti-tank weapons.
Top

The problem with the Orxy blog is that the Russian army banned cell phone use while the Ukr has been photographing/recording Russian losses for propaganda. The use of cell phones is a security breach and makes troops easy targets for geolocating by electionic warfare units and artillery batteries. Also, the Ukr army had several Psych-Ops units operational for many years now. The Ukr losses, both in personnel and in equipment are greatly understated and likely to be very high as well as they are now begging for tanks/IFV & other heavy equipment that they were supposed to have lots of in the first place.
Top

Yuri wrote: ↑
12 Apr 2022 12:35
The artillery battery has regular anti-aircraft weapons. It's the same in an infantry company. An artillery battalion/regiment must have a battery/battalion of an Anti-Aircraft Missile System.

One would presume an armored column on the march would be equally protected, yet the video I linked (and there are many others on the web) clearly shows the drone hovering directly over Russian units.

This, to me at least, indicates either the Russians have difficulties in detecting said drones, or are showing poor situational awareness.
The gods do not deduct from a man's allotted span the hours spent in fishing.
~Babylonian Proverb
Top

Don't be so silly, Sky is banned by Russia not the other way around.
Alan
Top

My friend, don't be so smart.
Here is a link to the Sky News website that I open on my computer.
And this is what I can see right now from the Crisis In Ukraine section:

However the link given
https://www.youtube.com/watch?v=dcYOjbyttvM
shows that the ban is from Sky News.

Unlike the apologists of Western propaganda, Yuri can provide evidence to his claims.
Last edited by Yuri on 13 Apr 2022 11:39, edited 2 times in total.
Top

Yuri wrote: ↑
12 Apr 2022 12:35
The artillery battery has regular anti-aircraft weapons. It's the same in an infantry company. An artillery battalion/regiment must have a battery/battalion of an Anti-Aircraft Missile System.

One would presume an armored column on the march would be equally protected, yet the video I linked (and there are many others on the web) clearly shows the drone hovering directly over Russian units.

This, to me at least, indicates either the Russians have difficulties in detecting said drones, or are showing poor situational awareness.

Here everything is not as simple as it seems to you at first glance.

For example, I do not have an unambiguous assessment of the practical effectiveness of using drones against convoys of the armed forces of the Russian Federation moving through the territory of Ukraine as part of a special military operation.

1. Half a half of the population of the border regions have close relatives on the other side of the border /father, mother, son, daughter, brother, sister/.
(in Russia it is Gomel, Bryansk, Belgorod, Kursk and Rostov regions, and in Ukraine it is Kiev, Chernihov, Sumy, Kharkov regions)
The other half has cousins there /uncle, aunt, cousin/.

2. In the territories of Ukraine occupied by the armed forces of the Russian Federation, the following continued to function:
- mobile telephone communication;
- Ukrainian live TV channels;
- Ukrainian civil authorities;
- Ukrainian military commissariats, which mobilized and sent mobilized people to the territory under the control of Kiev.

3. Further along the main highways, the movement of civilian vehicles in both directions (towards military convoys and in the passing direction, overtaking transport convoys) was not prohibited. The Internet is filled with videos about the movement of Russian convoys. The video shooting was carried out from the window of moving civilian cars, the drivers and passengers of which often entered into conversation with the Russian military.

4. The Ukrainian Armed Forces received online information from NATO and US intelligence satellites. I am not aware of cases where the Armed Forces of the Russian Federation have carried out activities against such satellites. At the same time, on the eve of the special operation, Russia demonstrated that it has effective means of combating artificial Earth satellites located in orbits of 300-450 km, that is, where optical-electronic reconnaissance satellites fly.

5. The high probability of the entry of the armed forces of the Russian Federation into the territory of Ukraine for three months before the start of the special operation was broadcast from all irons, refrigerators and washing machines, not to mention the media. /Or rather, the mass disinformation media/. Consequently, the intelligence agencies of the armed forces of Ukraine had the opportunity to position their informants in advance on all the routes of the alleged movement of enemy troops.

6. What is listed above in paragraphs 2-4 in conditions of full-scale hostilities (that is, in conditions of a real war) is not possible. This should be clear to any person if he does not consciously shut himself off from reality.

I don't have a clear answer to these questions.


On the other hand, I have not seen many video clips that would give grounds to talk about the effectiveness of drone actions against towed artillery deployed in combat order (that is, not guns moving as part of convoys, namely those installed in combat positions).
Top Towed artillery fired during this war:

Without getting into other Russian services, in the Russian army of 4,684+ operational artillery pieces, 150 of them are towed. The bulk of towed artillery are in storage.