What If-Finland had been prepared for the Winter War?

Discussions on the Winter War and Continuation War, the wars between Finland and the USSR.
Hosted by Juha Tompuri
744 posts

Right, not 500 US dolar millions but a loan equivalent of 500 million Finnish marks for the purchase of foreign military equipment was what the Finnish Defence Council proposed. Finally a loan debt of 350 million Finnish marks was approved by Finnish policy makers in 24.3.1939.
It was hoped to get a equivalent US-dolar from US governement (and if that not possibly trying to obtain a loan from the free capital markets in USA) in order to buy US-manufactured weaponry.

However, US policy makers were not co-operative. The US authorities told in June 1939 to Finnish ambassador Procopé that the loan would be granted only if Finland had a really "urgent" need for it and by June 1939 it did not look like that there was such a need (no one knew that the WW2 would start in Europe by 1.9.1939). The US foreign minister Cordell Hull was reluctant to the idea of granting Finnish governement with a loan and not to speak of financing any Finnish-American arms deals - the US authorities wanted to earmark the possible loan to Finnish governement to be used only for "humanitarian" purposes (= not to be directly linked to Finnish armament proyects). When Procopé turned to private capital markets in USA it appeared that there were not realistic chances to get any significant loans for the Finnish governement.

This is forgotten (or simply not known) by Lorenz and some others who blamed the domestic "political left" (or FAF commander Lundqvist) for "preventing" or "delaying" to get a US loan which would have enabled to buy Seversky P 35´s or Curtiss CW 21 for the Finnish Air Force. And anyway if the loan would have been granted by US governement or by private capital markets in summer of 1939, any weaponry bought with it would have arrived too late to help significantly in the Winter War.

One further problem to buy US weaponry was that the US dolar was a expensive currency and it was cheaper to buy equivalent weaponry from Europe (like from Britain if possible). One Seversky P-35 fighter cost as much as three locally built Fokker D XXI´s - and for what is known about the technical specifications and handling charasteristics of the P-35 it seems that one P-35 had not a combatworthy of three Fokker D XXI (with Mercury engine). Also Curtiss Hawk 75 or CW 21 were expensive for the very same reason (expensive US dolar currency) - one should note that also French considered Curtiss fighters very expensive and that almost prevented the French to buy them.
Top

Ilmavoimat Aircraft as of late 1938

Went back through all my "alternative Winter War Ilmavoimat" posts - when I left off looking at the Ilmavoimat, we had reached a point in late 1938 where the Ilmavoimat was in the process of being substantially expanded, with a number of aircraft having being bought and / or being built. This is the state of the Ilmavoimat in late 1938..... there's a couple more to come but in my alternative Winter War, this plus around 40 more fighter aircraft is what Finland enters the Winter War with...... and apologies for the spacing, I'll come back and tidy it up a bit tonight (my time)

1939 Emergency Procurement Program (have not yet posted details on this)

And then there was the last of the Munich Crisis-driven aircraft projects - the Ilmavoimat’s secret “Third Generation” fighter procurement project....
ex Ngāti Tumatauenga ("Tribe of the Maori War God") aka the New Zealand Army
Top

Apologies to all for my lack of posts in 2015 - been rather busy with work and with my "creative writing" courses - that all important first novel is being worked on - aiming to have my first draft of "Rannikkojääkärit" completed for June, in time for a 3 day intensive writing workshop. Most of this year's spare time has been spent on working on my fiction writing skills, been of attending a number of weekend writing workshops. Quite the education.

Anyhow, 2016 should see me resuming rather less sporadic posting of additional "What If" alternative history posts.

In the meantime. Hyvää joulua ja onnellista uutta vuotta to everyone. 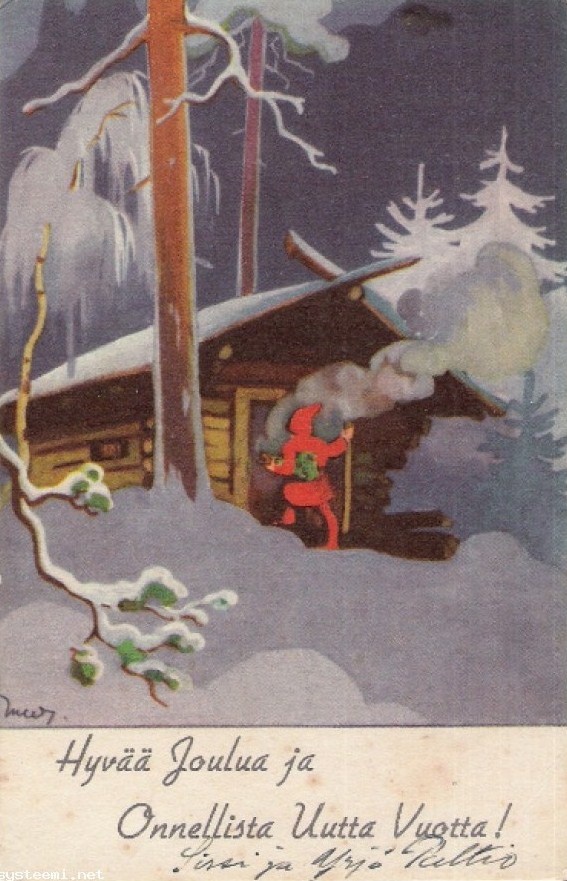 Happy New Year to you and your family Nigel!

A quick question. If you want to visit Kuivasaari, how do you go about it. I see that it can now be visited but couldn't track down any details on when you could go or how you got there. Hoping someone knows

It seems that at least last summer there were guided tours to Kuivasaari. The tours on Sundays at 13:30 were open also to foreigners.
http://www.ihalines.fi/suomeksi/saannol ... saari.html
The tours are arranged by the Coastal Artillery Guild and IHA-Lines Helsinki Cruises, I could not find next summer schedule, maybe you could contact the Guild, maybe the last contact on their web page.
http://www.rt-kilta.net/ota-yhteyttae
http://www.ihalines.fi/
Top

Thx Seppo, much appreciate the links

As you may surmise, I'm doing a write up on Kuivasaari

with a lot of translating from Finnish. Yikes.

As you may surmise, I'm doing a write up on Kuivasaari

with a lot of translating from Finnish. Yikes.

I checked my source materials - none of them provide exact details, but seem to agree that Kuivasaari no longer had any 254/45 D during Winter War. The number two gun of 254/45 D artillery battery was disassembled and tranported away before building of 305-mm gun turret turret started, but there does not seem to be any real specific info about the other three guns beyond or later fate of the four guns beyoId the two guns transferred to Saarenpää during its modernisation in 1930's that you mentioned. It seems likely that the two extra guns were placed on storage - or possibly scrapped, since when it comes to Finnish 254/45 D artillery batteries built during Continuation War only mentioning of guns or part originating from Kuivasaari is one 254/45 D gun barrel, which was used for repairing one of the guns of Saarenpää artillery battery rebuilt in 1942 - 1943. Might be a good question to ask from a guide during your visit?

I also checked some books and my notes. There seems to be some contradicting information on fate of four 254/45D of Kuivasaari.

Suomen linnoittamisen historia by Arimo tells that freeing the 10" guns to be used elsewhere was part of the plan to install 305 mm turret to Kuivasaari.

Kuivasaari by Enqvist: Kuivasaari #2 gun was (of course) disassembled as turret was built to its position. Old casemates and magazines of 10" battery were used for turret battery. In my opinion this would make use of the remaining 10" guns difficult or impossible, as would blast damage of 305 mm guns to adjacent open gun positions. The book also mentions that two 10" guns were transferred to Saarenpää 1939 [or 1938?] and another two in 1940 [this is probably false]. There's picture taken during Continuation war showing empty gun positions #1 and #3.

Based on the above, I would say all four 10" guns were removed from their positions around 1935 when 12" turret was built. They were stored in Kuivasaari or elsewhere. Two guns were moved to Saarenpää in 1938 and destroyed by retreating Finns in Winter war. Another one or two guns probably went to Saarenpää in 1942 and were destroyed by retreating Finns in 1944.

It is could also be that Kuivasaari guns were used as spare barrels somewhere, but Finnish 10" batteries [other than Saarenpää] fired only a few shots or not at all during WW2, so there weren't worn out barrels to be replaced. If there were additional "free" 10" guns left by Russians in 1918, it would make things different.
Top

A very popular rumour is that these guns would have ended to storage depot in Parola - actually the home of Parola Panzer Brigade.
But who knows.
Top

valtonen wrote:A very popular rumour is that these guns would have ended to storage depot in Parola - actually the home of Parola Panzer Brigade.
But who knows.

This seems to be a sort of a mixup with historical events. Almost all remaining Finnish super-heavy coastal guns ended up to Parola after World War 2. That was because the Soviets (as Allied Control Commission aka Liittoutuneiden Valvontakomissio) demanded all coastal guns larger than 120-mm caliber to be removed from the part of Gulf of Finland that was east from Porkkala Peninsula (location of Soviet Military Base rented to Soviet Union from 1944 to 1956 - it was one of the Soviet demands in Finnish - Soviet Armistice Treaty of 1944) and transported suitably deep inland. Since almost all super-heavy coastal artillery batteries and large majority heavy coastal artillery batteries (in which 152-mm was most common caliber at that time) were in that particular area, their guns were disassembled and transported inland. Parola Armor Depot (Panssarivarikko) was used as main storage facility for the diassembled coastal guns at that time. I have never heard of coastal guns being stored in Parola before or during World War 2 - the pre-war & wartime main naval/coastal gun depot was in Helsinki.

Thx everyone, much appreciated.

Another question: How much would a train fare from Helsinki to Karjaa have cost in 1934? An approximation is fine. How long did it take back then? A couple of hours? I have the main character in my first novel (Hugo Ruotsalainen) heading from Helsinki to Dragsvik to start his Rannikkojääkärit training in early May. For my alternative history, I'm working on the basis that Rannikkojääkärit training takes place at Dragsvik and conscripts start their training in Spring. Willing to consider alternatives tho

And did trainee pilots start with training at Munkkiniemi? I'm working of Luukkanen's book for that one...

Another question: How much would a train fare from Helsinki to Karjaa have cost in 1934? An approximation is fine. How long did it take back then? A couple of hours?l

Sorry, can't say for sure, as I only have the 2-3/1932 timetable.
But, according to it, normally four trains went daily from Helsinki to Karjaa. It took 1h 26min, 2h 3min or 2h 16min, depending on the train.
2h 2min during holidays and summer weekends.
1932 a one way ticket from Helsinki to Karjaa costed 23 FMK when travelling at 3rd class wagon, 35 FMK at 2nd class and 70 FMK at 1st class.

CanKiwi2 wrote: I have the main character in my first novel (Hugo Ruotsalainen) heading from Helsinki to Dragsvik to start his Rannikkojääkärit training in early May.

Hugo could also have continued (13,5 km) by rail from Karjaa to Dragsvik (there was a railway stop/halt for the garrison there)

Regards, Juha
AHF Bookstore - How you can support AHF - Get your AHF gear
Top
744 posts