Discussions on the Winter War and Continuation War, the wars between Finland and the USSR.
Hosted by Juha Tompuri
80 posts

Vaeltaja wrote: What ever it is it does not match what you wrote previously.

What exactly?
What i wrote is two encounter SCHCH-307 with IKU-TURSO and torpedo-miss in second time. Can't see any contradiction.

1) Of course, thats why i wrote in my post 21 Dec 2011, 15:48: soviet sub dived and surfaced only on 21.31, and then in one of next posts - that IT located enemy sub (second time) when it surfaced, i.e. 21.31. At 23.00 rain stopped, moon raised and visibility became to 4-5 miles. 23.00 mean moon and visibility (after you say that visibility was very poor and soviets can't see any torpedoes).
2) My inattention. Commander wrote "its seems like torpedoes, which pathes was clearly visible, missed the target", but some strings later he claims one hit. I miss that, sorry. But this not change anything, SCHC-307 was missed and torpedo exploded most likely behind soviet sub.

That still does not really change anything. If Schc-307 was already on surface since 2100 then Schc-307 was not the sub IT was targeting. Torpedo impacted with something and that something let loose a large amount of diesel oil.
Top

I still interesting how can be explain two encounters SCHC-307 with unknow sub that fired on them shells and torpedoes? Fata morgana or something? And what sub was attacked if not 307? As i say before, 320 pass this area 3 (three) weeks earlier on passage to Bornholm. I'm really doubt that 320 circled this 3 weeks in waiting for IKU-Turso.
SCHC-308 week before send permission to return - she have hull damaged. She positioned near Uto this time, and for being torpedoed from IT she must go opposite direction - quite unlikely, isn't it?
I think your doubts is about this point: "2351: Conning tower of an enemy sub surfaced at the direction indicated by the hydrophone." Explanation is simple - in the night on 6000 m sub came to sight from dark slowly and looks like she just surfaced. Moreover, if SCHC-307 not surfaced before 23.51, how can IKU-TURSO hear she? Why sounds was detected exactly on 21.31 (20.30), when 307 surfaced and run her diesels? So much coincidences...
Only one differ - hit, sinking and oil in water. Sinking has simple explanation - crash diving always looks like "sinking". Hit at night from 6000 meters can't be mistake? You know, soviets commanders very frequent claims "hits", "explosions", "sinking ship" and then after was this turn out in complete miss. Torpedo exposion behind or before SCHC-307 on end of its run projekted on sub's silhouettte or something else. Submarine warfire knows many such cases.
I think i will end this discussion. If you wish to mistaken - your welcome. I've just try to help and explain all thing with documents of both sides on hand.
Top

2351 - makes note of detecting surfacing conning tower of a sub. 2355 - makes note that actually is fully surfaced. Not just 2351 like you depicted so it is quite unlikely that it wold have been mistaken. Furthermore target sub headed for east (direction which a returning Soviet sub would take). Last issue is the oil spill into which more oil continued to billow from the depths. Had there not been that oil spill then it would be reasonable to assume the torpedo missed, however there was, and a large one.
Top

http://digi.narc.fi/digi/view.ka?kuid=3741759 - Gunboats Karhumäki, Ilmari and VTV 1 spotted 40 - 45 meter long Soviet steamer near Cape Andoma at Lake Onega at 10.15 a.m. on 4 September 1942. VTV 1 was sent to scout the enemy ship. The steamer opened fire with two 2 - 2½ inches cannons against Karhumäki from c. 12 - 13 kilometers away at 11.42 a.m. She then moved the fire towards VTV 1 at 11.43 a.m. Both sides exchanged fire but no hits were received on either sides. Finnish commander suspected that the steamer was a bait to lure the Finnish ships in the range of Soviet coastal batteries.

Another steamer escorted by two motor gun boats were observed at the mouth of Vytergra River at 12.25 a.m. Enemy ships opened fire at 1.25 p.m. All shots fell from 300 to 3000 meters short. They stopped firing at 1.35 p.m and headed towards SE.
Top

I have no data about fights and using of guns from soviet side. First "steamer" must be gunboat KL-12, which spotted finnish ships 09.20 near Roporuchey village. Then more ships went to the lake: BKA-22 and -41 and KL-11 and 15. They pursued enemy, but finns evaded from fight and hide in one bay. No soviet ships reported firing from guns.
KL-12 was ex tug (wheeled) KALYAEV 34.8 m long, with two 75-mm and 1 45-mm guns.
KL-11 and -15 was ex tugboats too, first named OGUST BLANKI, second MARTIEZ-60.
Top

Captured BK-215
You do not have the required permissions to view the files attached to this post.
AHF Bookstore - How you can support AHF - Get your AHF gear
Top 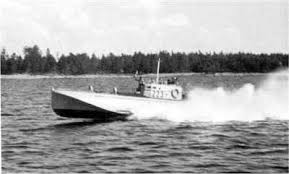 TK-64, captured at Koivisto Islands 1941
You do not have the required permissions to view the files attached to this post.
AHF Bookstore - How you can support AHF - Get your AHF gear
Top 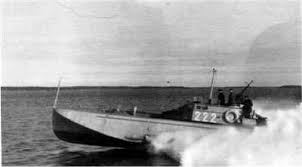 TK-141, captured at Koivisto Islands 1941, here seen being stationed at Island Tiuri April 1942
You do not have the required permissions to view the files attached to this post.
AHF Bookstore - How you can support AHF - Get your AHF gear
Top

TK-51, that later became MTB V-3 at Finnish Navy.
TK-51 was captured by Finnish MTB Vasama (ex TK-52) 16-17. 6. 1944. Here it being brought to a Finnish base at Virolahti between Finnish Patrol Boats VMV-16 and VMV-13.
You do not have the required permissions to view the files attached to this post.
AHF Bookstore - How you can support AHF - Get your AHF gear
Top

Several sources of information (unfortunately only on russian),might be someone interested in:
Submarine forces of the Baltic Fleet in the "Winter War" of 1939-1940
http://www.atrinaflot.narod.ru/81_publi ... finn_1.htm
Soviet submarines in the "Winter War" ( composition, chronicle and results of action)
http://alerozin.narod.ru/vdktng.htm
Losses of soviet MTBs in GPW (all fleets)
http://seav.ru/ships-2-nd-world-war/9-b ... -sssr.html
You do not have the required permissions to view the files attached to this post.
Top

Thank you Igor, it takes some time to digest all the info.

Here some photos and info (in Finnish) about Ilga.
After the mutiny of the Latvian crew (captain and 13 sailors) Ilga (onboard captured two Soviet Lieutenants and six sailors) surrendered to Finns 22.9.1941 at Lunkula Island at Lake Ladoga.
http://www.kolumbus.fi/~kd4997/Sota/Ilga/ILGA-laiva.htm

TK-141 aground at shore of Island Koivisto.
SA 96280 photo taken 4th Nov-41
http://sa-kuva.fi/
You do not have the required permissions to view the files attached to this post.
AHF Bookstore - How you can support AHF - Get your AHF gear
Top

Wrecks of Soviet MO-306 boat and a G-5 type MTB at shore of Island Someri: 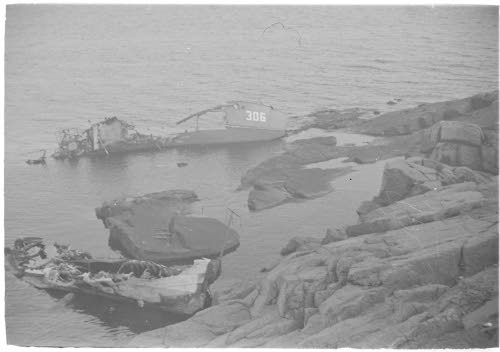 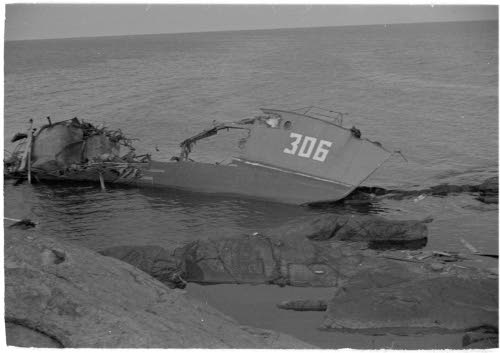 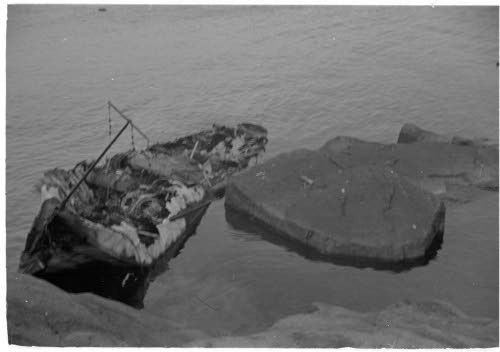 A wreck of an unknown type of a vessel at Someri: 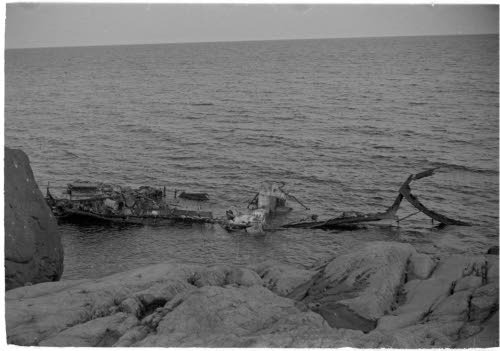 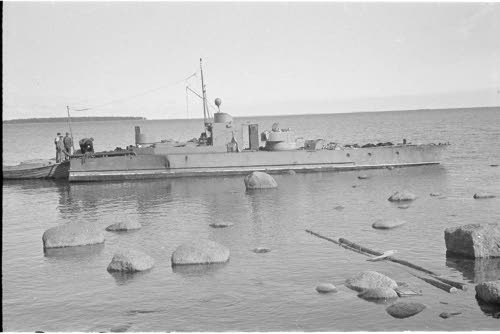 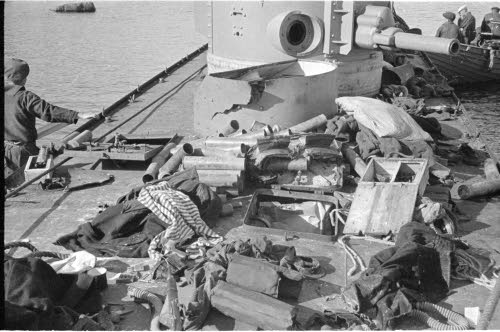 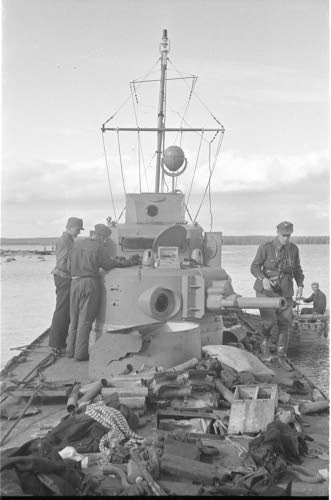 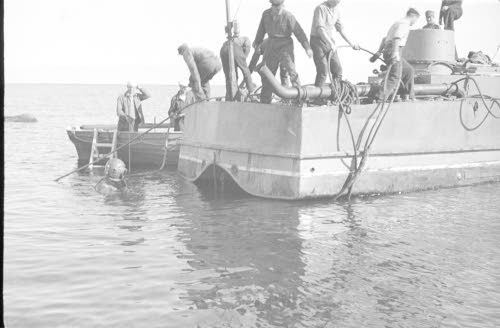 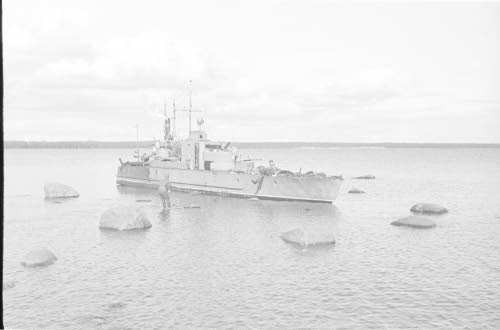 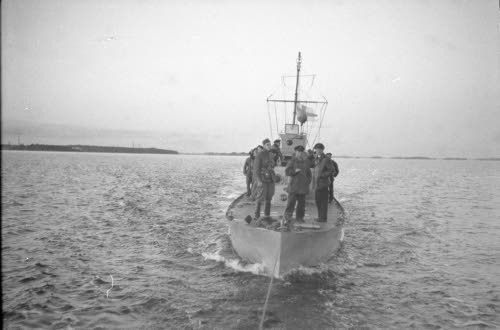 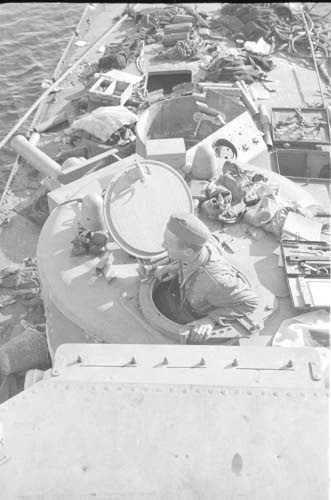 Regards, Juha
AHF Bookstore - How you can support AHF - Get your AHF gear
Top
80 posts