Discussions on all (non-biographical) aspects of the Kriegsmarine except those dealing with the U-Boat forces.
3 posts • Page 1 of 1

Hello, I wonder why there is different deck interpretation for the "Graf Zeppelin" when the reconnaissance pic show that only this one seem valid 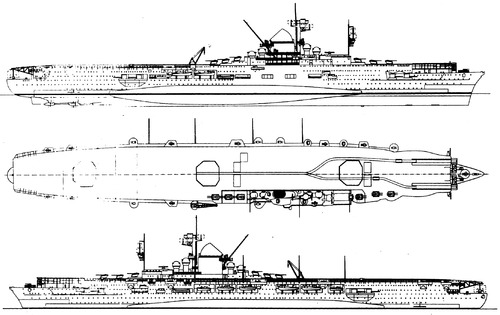 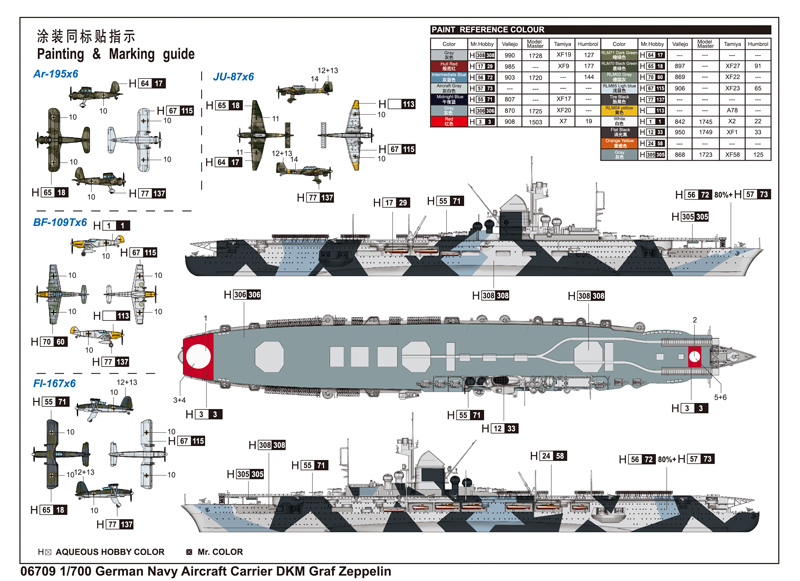 (wonder were trumpeter interpretation of the deck came from+no wood texture and a lot of pin mark on their deck too: https://www.super-hobby.fr/products/DKM ... pelin.html )
Top

aurelien wolff wrote: ↑
18 Jan 2020 14:10
..there is different deck interpretation for the "Graf Zeppelin" when the reconnaissance pic show that only this one seem valid

What do you mean&? Where is difference?

Are you really interested WHY did it happen??
Top

The two diagrams show Graf Zeppelin in its planned final configuration. But it never reached that state.

The photograph looks like one of a series taken by an RAF reconnaissance aircraft on 2 June 1942 while she was berthed incomplete at Gdynia. Her flight deck equipment was never completed hence the discrepancies you believe might be there. The white panels forward were covers over her catapults. While at Gdynia a lot of dockyard equipment was placed on deck including sheds, gas bottles and even her propellers at various times. Later there were plans to camouflage her and poles erected on her deck to take those. The gear to move the aircraft from the lifts to the catapults never seems to have been installed.