Discussions on all (non-biographical) aspects of the Kriegsmarine except those dealing with the U-Boat forces.
12 posts • Page 1 of 1

Hello Gentlemen, I'm at it again. I'm attempting to determine any combat actions involving the Kriegsmarine Schnellboote, S.188, between its launching date of 06 February 1944, & its sinking date of 14 June 1944. Although I have managed to locate a small amount of data pertaining to S.188, it remains very limited. I've been advised by a family member of one of S.188's Crewmen that he was twice sunk in the English Channel, & was forced to tree water for hours & hours until just NY happenstance another German vessel passed by, finally rescuing my search subject.
[ RE: Maschinenobergefreiter Herbert GOBEL, Kriegsmarine # O.144661/41T ] Does anyone aware of any available pub's or documents in which to research the assorted S-Boote actions ? I did inquire as to if any German KM records being available, but didn't get anywhere with it. Any ideas or comments will be very much appreciated. THANKS YOU 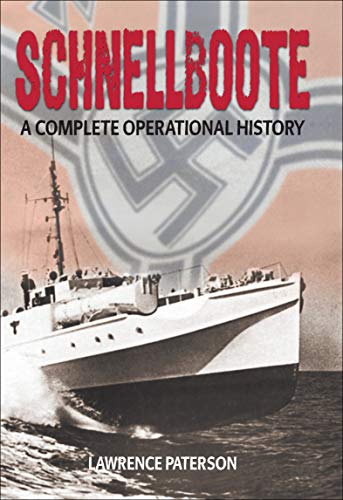 THANK YOU Gentleman, I truly appreciate your kind replies. Yes, I've already purchased a copy Patterson's excellent & quite well detailed Schnellboote book, along with additional 3 or 4 other similar titles, such as "E Boat Alert", etc. Unfortunately though, even Patterson's study only contains 2, quite minor references to 'my' S.188. My initial research into this began with my obtaining the S.188 Crewmen's E.K. II Medal & Document, which was dated either 23 or 28 Juni 1944. ( I can't recall which at the moment ? ) After some cursory research, the German Archives was kind enough to put me in contact with the Crewman's Daughter, whom I ultimately contacted her, & although we didn't speak each others language, I did manage to learn about some of the intense combat her Father was involved in, along with being twice forced to await rescue in the freezing water of the English Channel. I do plan to look into the above noted, "Chronik des Seekrieges 1939-1945", as advised by Forum member 'grassi' above. Hopefully just maybe I'll find some useful references to my particular S - Boote ? One thing I have learned is that S.188 only appears to have been in service from 02 February 1944 when it was built, through to 14 June 1944, when it was sunk in the Harbour
of Le Harve [ France ] during an R.A.F. Air Raid by Lancaster Bombers utilizing the infamous 'Tall Boy' munitions, designed expressly for penetrating the extremely thick, hardened Kreigsmarine U Boat Pens, which were also used to protect the S - Boats. So, if I focus only on his time aboard S.188, I only really need to consider that particular 6 - 7 month time span. So, 'the hunt goes on', as they say ! I anyone happens to have any additional ideas, & or comments they will be very much appreciated. THANKS AGAIN

You must find KTB of 4 S-bootsflottille at NARA or BA/MA Freiburg to know all thing for sure.
Top

THANKS YOU igorr, I appreciate your kind input. I was hoping that I would find such records 'somewhere' in Germany, but as of yet haven't had any success. I thought I recalled someone, perhaps even an independent researcher I believe in the Kiel area, that possessed an substantial collection of WW2 era Kriegsmarine records, but the more I think about it, they may have been U-Boat related, not S-Boote ? Perhaps NARA will be my best bet, but it is somewhat difficult to deal with them.

NARA is best way - they send scanned records on DVD disks via mail. One problem - NARA currently closed because of covid.
Top

THANK YOU AGAIN Igorr ! As you said, that will be my best, & probably easiest option. I have 'pieced' together some assorted notes & data, primarily pertaining to the S.188, not Maschinenobergefreiter Herbert GOBEL, Kriegsmarine # O.144661/41, himself. He unfortunately has remained quite elusive, except of course for the brief statement tendered.by his Daughter. I was, & still am hoping that if I'm able to ultimately track down this Obituary, that just maybe will provide a few additional details regarding his S-Boote, & or his Kriegsmarine service in general ? I fortunately have his Birth / Death data, & I thought that I might get lucky & locate an Obituary for him, but as of yet, I haven't had any success. Also, just for the record, when originally obtained, his Medal / Document Group included a few photographs of the Kriegmarine's Heavy Crusier 'Prinz Eugen', dated circa 1941 or so. Unfortunately though, I'm not positive the they truly belonged to Nobel, as 1 or 2 of them are inscribed from 'Paul' to his Parents ? [ Unless of course they belonged to 1 of Gobel's Shipmates / Friends, etc ? Sooooo, again, 'the hunt goes on' !! I'll have to keep abreast of when NARA plans on reopening again, & move on from there. THANKS AGAIN My Friend,

WOW, No, I never come across this particular Site, & I THANK YOU very much for forwarding it to me ! I noted there are what appears to be numerous references to S-188, however as I'm not able to read German, I'll need to try to have any relevant portions translated. I'm hopeful that it just may possibly contain information as to when, & if S- 188 was in action during the period in question. As I've been seeking any actual reference to the 188, I am somewhat excited in that it contains the information I've been looking for ? I truly appreciate your kind assistance here !!

Dom
Google translator will be your friend here. Don't know how well it can translate miltary terms and finesse its way through complicated German meaning. There also exists a German miliary dictionary out there that can give you accurate translations of all military terms you are likely to find.

THANKS Pz III, I appreciate it. I'm hopefully waiting until a Friend is able to translate it for me, but in the interim, I'll see what I can learn off of Google. I currently have numerous German Military related Dictionaries, but as I'm sure you're aware, doing term by term can be tedious at best !! Hopefully though, I'm getting close to solving this particular riddle, which is honestly something I never thought I would do !