Discussions on all (non-biographical) aspects of the Kriegsmarine except those dealing with the U-Boat forces.
2 posts • Page 1 of 1

When I was making the 1/720 models of Bismarck and Tirpitz as a young kid, I was puzzled by the two different types of 10,5cm gun mountings on the former, while Tirpitz had them all of the same type. 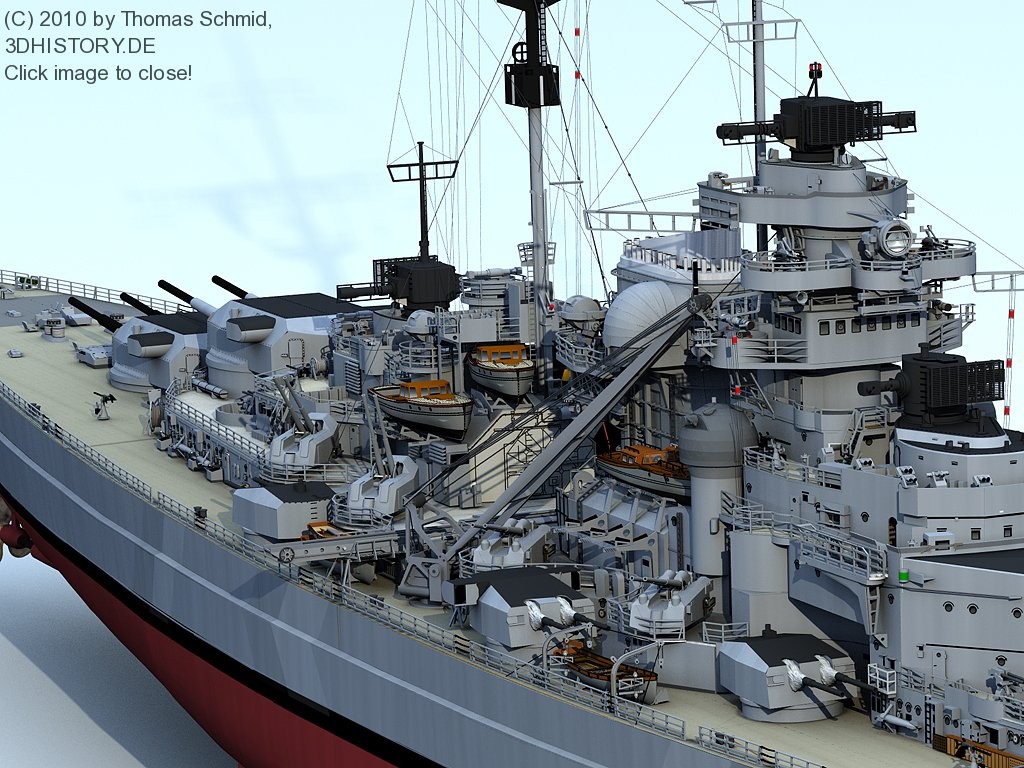 A few years ago, I read somewhere online that Bismarck's 10,5cm FlaK were a mix of two variants, which created issue for the AA fire-control onboard. Now I finally thought to post about it, but I cannot find the exact verbiage anymore. All I can find is the http://www.navweaps.com/Weapons/WNGER_41-65_skc33.php page that mentions that the 10,5cm mounting with the half-covered breeches was the newer C37, which were apparently mounted on the after section of the Bismarck while the older C31 was the variant mounted on the forward half. The two variants have different train/elevation/cross leveling characteristics. So the question is, did this mix of large-caliber FlaK contribute to Bismarck's ineffectiveness against the attacking Swordfish? I see there is an often-repeated claim online that the Swordfish was so slow that it caught the Bismarck's ("advanced", by comparison?) AA fire-control by surprise. I am also aware that the German 3,7cm/83 SK C/30 onboard the Bismarck was in itself a rather ineffective FlaK (http://www.navweaps.com/Weapons/WNGER_37mm-83_skc30.php), especially after seeing footage of it in action in Die Deutsche Wochenschau aboard Vorpostenboote where gunners were feeding rounds (can't help but think: "Like carrots!") one at a time into the twin breeches, after taking delivery from ammunition personnel standing by with ammo pouches hanging on the chest (no wonder the Fleet Air Arm fighters had a field day decimating Tirpitz's AA personnel during Operation Tungsten).
Top

The different armament was probably due to a lack of material as well as the great haste during the commissioning:
For the anti-aircraft guns, they took what was available, while the fire control stations were improvised in the same way:
The ones under the SL-8 hoods were special 4-meter devices (hence the hoods) and the rear ones were quasi provisionally installed 3-meter devices from army stocks (by the way, this was still the case on TP in summer 41).
The other coordination system of the C 37 gun carriage had - one may hardly believe it with the German tendency to document everything and anything extensively - been forgotten during the planning of the fire control units: As a result, the forward heavy flak on C 31 gun carriage was accurate, while the rear heavy flak on C 37 gun carriage missed the target.
Top
2 posts • Page 1 of 1