Discussions on all aspects of the Japanese Empire, from the capture of Taiwan until the end of the Second World War.
206 posts

FreyFox wrote:Maybe there are translation errors? About what the battalion commander can we talk?

"Mr. Tanaka watch officer" should be "Cadet Tanaka who was the officer of the week"

Battalion commander is error. It is company commander.

FreyFox wrote:The question is, what do the tactical symbols on this tank?
Whether it is possible for them to find out who was in the tank, a crew?

The meaning of symbols are unknown. So, it is impossible to identify the crew.

"Mr. Tanaka watch officer" should be "Cadet Tanaka who was the officer of the week"

Why is electronic translator constantly corrects the names of places and names.

Battalion commander is error. It is company commander.

I think there was a mistake in the translation of the text. Japanese tanker was captured, and his diary was also captured. The translation was made a long time ago and the person who translated the text, probably was not familiar with military terminology and made ​​mistakes.


The meaning of symbols are unknown. So, it is impossible to identify the crew.

It is very sad that we can not identify the machine. Apparently, she was still lying on the battlefield.

That's probably the tank, only the tower later launched that would pull a gun. 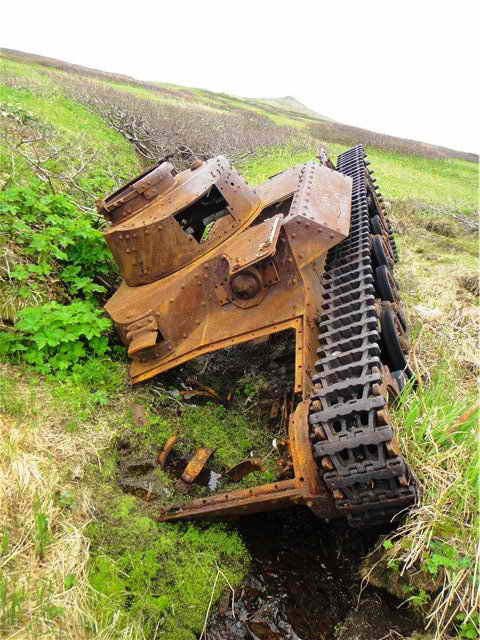 Two white stripes - the second company? Or the second platoon of Company and company symbol applied to the turret of a tank?
Top

FreyFox wrote:I think there was a mistake in the translation of the text. Japanese tanker was captured, and his diary was also captured. The translation was made a long time ago and the person who translated the text, probably was not familiar with military terminology and made ​​mistakes.

It was translated from an account published on Maru Magazine book "北海の戦い". The account was written after the war.

Akira Takizawa wrote:
It was translated from an account published on Maru Magazine book "北海の戦い". The account was written after the war.


How interesting.
And we write that it is stored in the archives of the museum КВФ.

The result of the expedition this year - found 10 dead Soviet soldiers, and 6 dead Japanese soldiers.
Top

Photos of the expedition.

Dead Japanese soldiers, found right in the trenches.
The remains of the soldiers will be transferred to the Japanese officials. 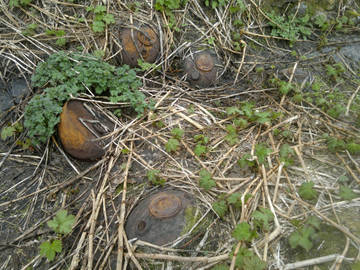 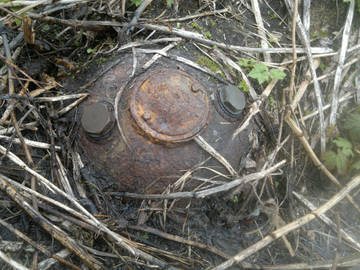 The island Paramushiro Found positions supposedly large-caliber artillery battery on the two big guns.
Positions concrete, round, a width of about five meters, a depth of about three meters. Interconnected trench from which the passage leads to the barracks for the troops. Nearby are four positions under the automatic small-caliber anti-aircraft guns.
Found near empty heads of high explosive and armor-piercing ammunition have the caliber, probably 150-mm
Is it possible for the device to position and found the shells to determine what type of gun it was installed? Land or sea? 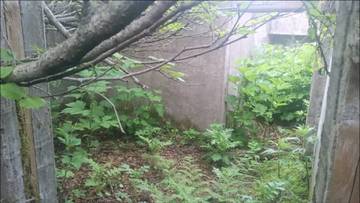 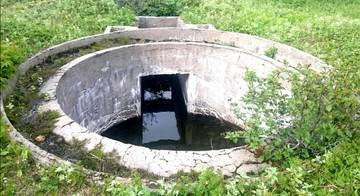 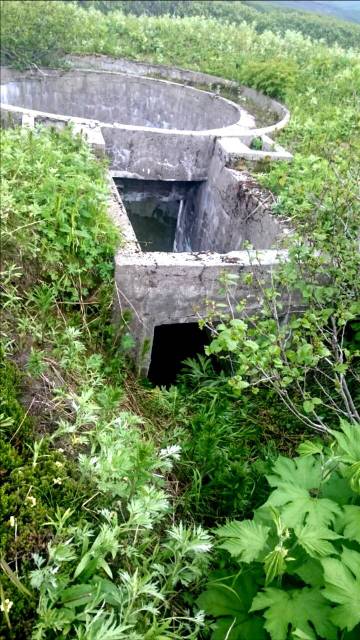 Empty shells of the head, high-explosive and armor-piercing 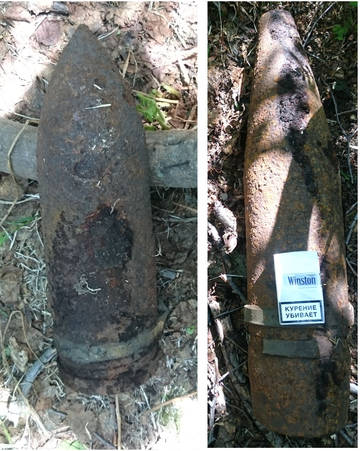 Can it be concrete positions for guns Type 5 15 cm AA? Shells are like ammunition for this type of guns.
http://www.alternatewars.com/Archives/T ... _Small.jpg

The photographs concrete positions near Kitanodai Airfild. Exactly the same is in the artillery positions near the residence of the garrison headquarters of Northern Kuriles in Kasivabara.
Top

Only two Type 5 15 cm AA guns were built and they were deployed near Tokyo.

I cannot identify the type of positions and ammunition. But, there were also fortress guns at Kitanodai. So, the ammunition would be from Type 89 15cm Cannon.

Thanks for the answer.

Yes, ammunition similar to Type 89, but these concrete manholes surprise me. It can be assumed that the established gun there were dismantled and taken to the metropolis in May 1945, but why then left almost all the ammunition?

By design, it seems that there is something to rotate. The towers were any? But the list of trophies is nothing like that. The truth is out there, and above 100 mm guns there ...
Top 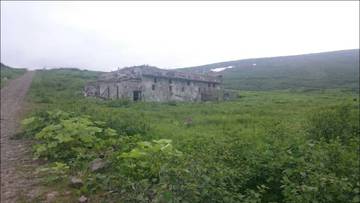 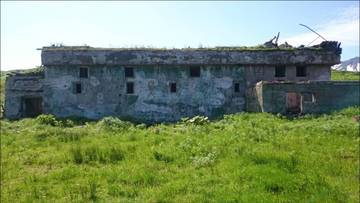 And a large bomb shelter with him. From the air-raid shelter in the underground passages were communication, but now they are overwhelmed. 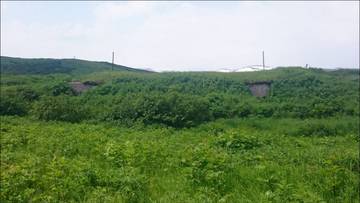 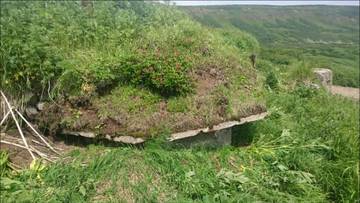 Concrete entrance to the command bunker and the observation field of view on it.
Ahead fully visible old Kasivabara the base, destroyed by tsunami in 1952. Far visible mountain Kabuto and bucket harbor. After the Second Kuril Strait visible Islands Shumshu

These days the island Shumshu works official search expeditions to Sakhalin. Already, to date, found the remains of 35 fallen soldiers.
Found three Soviet soldiers and nine Japanese soldiers, they are found in the vicinity of the height 男 体 山 where the headquarters of the 232nd separate Infantry Battalion, Major Murakami, and where August 18, 1945 were fierce battles.
Also, sanitary burial was opened, where the remains of 23 Soviet soldiers who died. They will be reburied.
Search operation continues.
Top
206 posts