Discussions on all aspects of the Japanese Empire, from the capture of Taiwan until the end of the Second World War.
8 posts • Page 1 of 1

I recently came across this bit of info: This was followed in production by the Ki-21-Ic with provision for a 500 L (130 US gal) auxiliary fuel tank, fitted in the rear weapons-bay (wiki)

Below you can see the various bombload options for the Ki 21, from two sources, Neither of which show the extra fuel tank and how that would impact the bombload out options.

So the Question is, what was the bomb load out option if this tank were fitted ?

What was the range with this tank fitted ?

Also, Below what is the significance of the "Blue" bombs ? 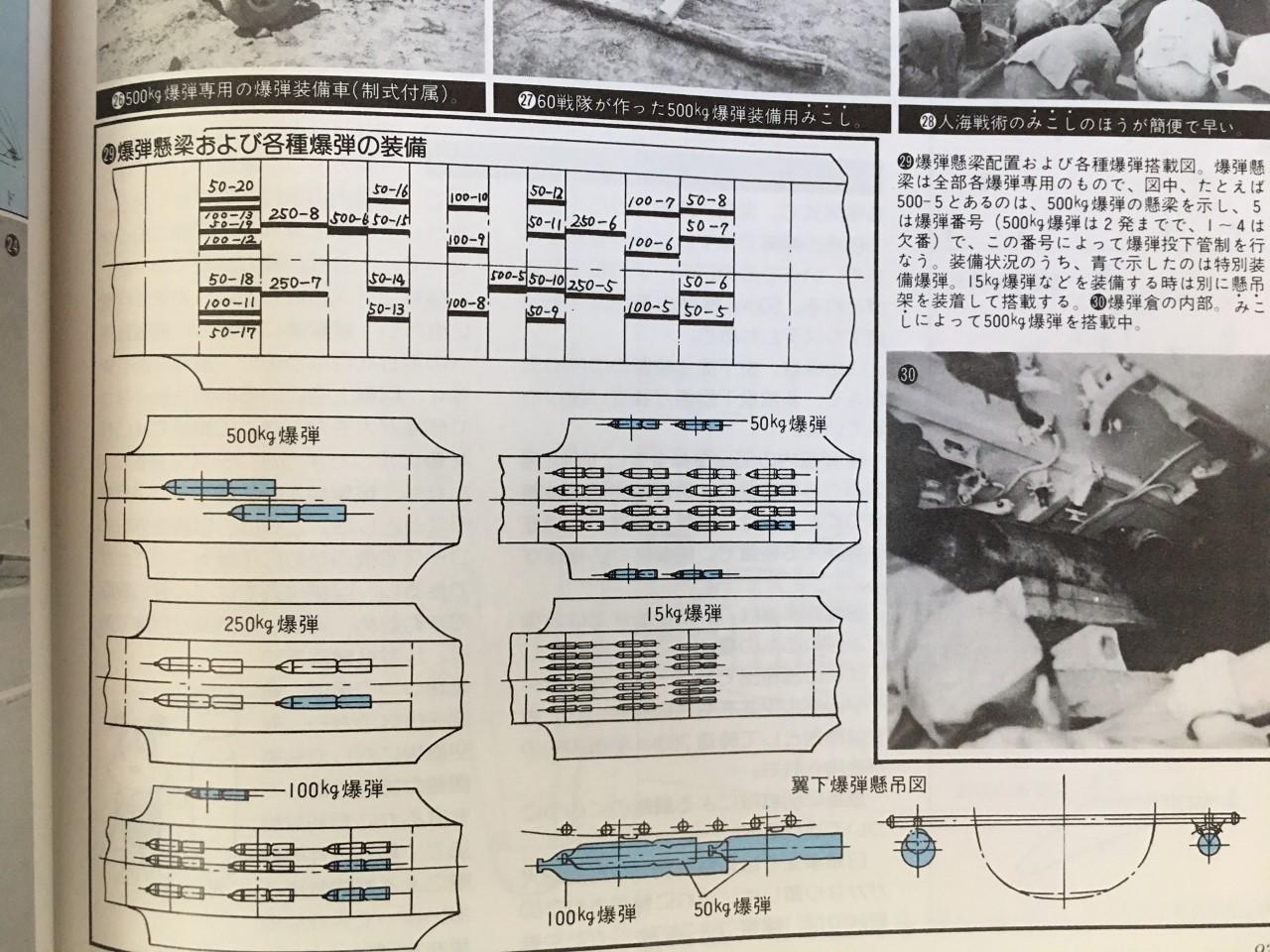 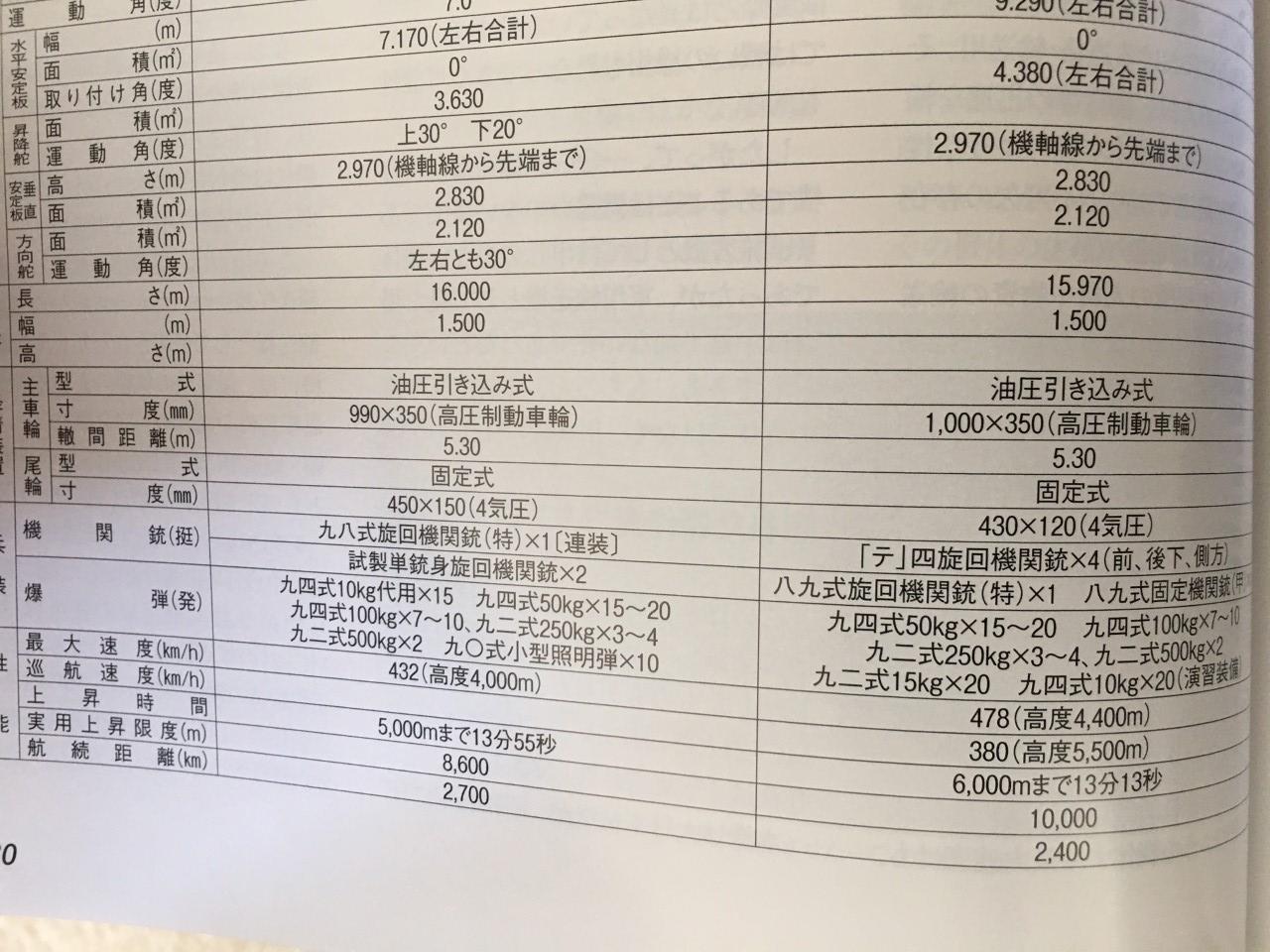 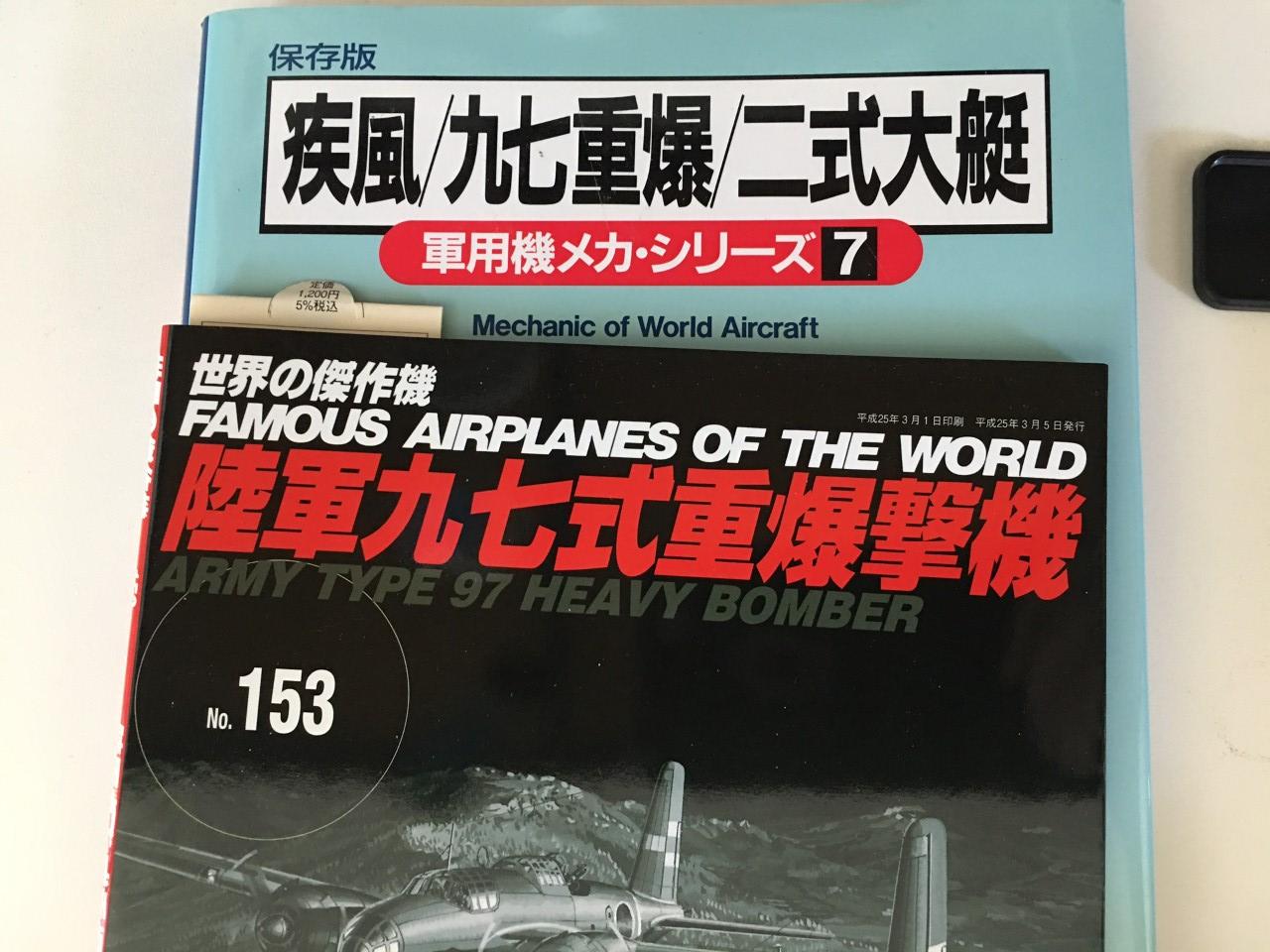 IJA's design concept for bombers emphasizes ensuring high-speed performance that can withstand the interception of enemy fighters, even at the expense of bomb load and cruising range. The idea was to make up for the shortage by making repeated attacks.

I would like to add some explanations to you rupper chart. Ki-21 could carry 10 - 100kg bombs, and one of them was hung on the main wing. She also could carry 20 - 50kg bombs with four were hung on the main wing. The mounting position of each bomb is shown at the top. Up to branch number 20 (for example, 50-8 was the 8th 50kg bomb), the fuze delay time could be set on the in-flight control panel. The 30 kg bombs, flares, and 10 kg exercise bombs could not be mounted directly on the above bomb rack and required attachments. The blue bombs in your chart couldn't be installed if Ki-21 with full of fuel for extending range. In other words, she couldn't fly 2,700km on the full bomb road. (I think two blue 500kg bombs is a mistake.)

I couldn't find the bomb placement with the 500 liter tank installed. However, it is certain that it will be reduced by 500 kg.

Thanks, so the 2700 km is on internal fuel, the 500 L drop tank would extend that range and it would lessen the bombload by 500 kg, do you know what the extended range was with an additional 500 L ?
Top

Unfortunatly i don't read or understand japanese. If you can find someone that will translate here is Ki-21-II operating manual:
Manual for operating Type 97 (Model No. 2), heavy bomber with drawings prepared by Army Air headquarters, October 1941. Report No. 15n(11), USSBS Index Section 2
290 pages of which 190 pages are drawings:
http://dl.ndl.go.jp/info:ndljp/pid/8815752
Top

These Manuals are extraordinary finds, hopefully there not written in "technical" Japanese.
Top

This seams to show the 500L drop tank in the bomb bay, presumably it was hung from the same hard point used for the 500KG bomb Class ?

Although the bomb load out chart would suggest the drop tank was further aft than the 500 kg bomb hard points. 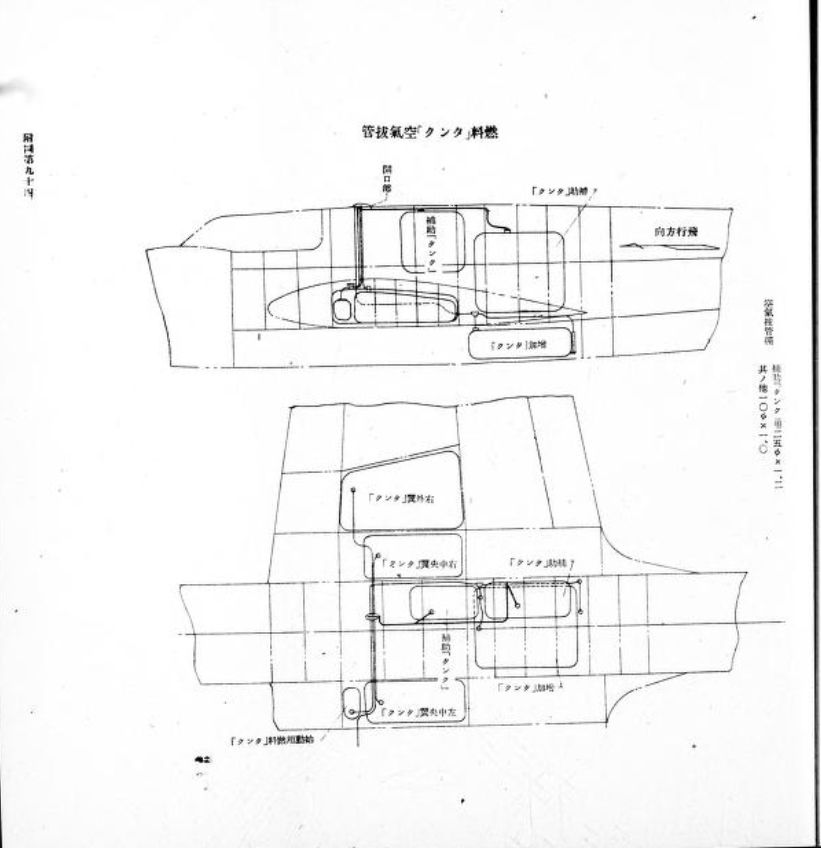 This seams to suggest there was just one Bean window MG, or is the one nearest our POV omitted by the artist for the sake of clarity ? 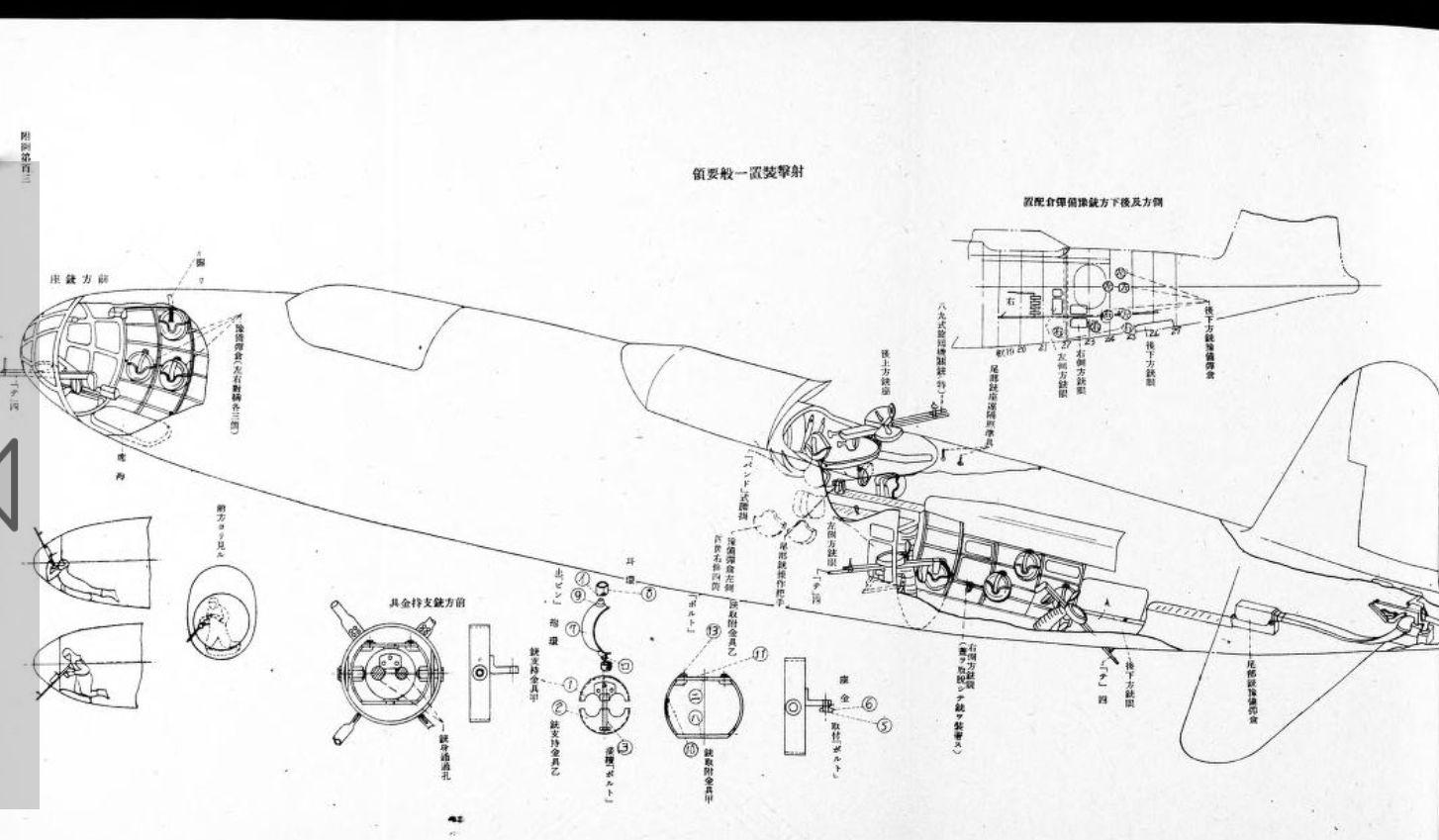