Discussions on the economic history of the nations taking part in WW2, from the recovery after the depression until the economy at war.
1 post • Page 1 of 1

From Harrison's Resource Mobilization in World War 2 and other sources we can estimate, broadly, the percentage of German military spending that went to armaments, as opposed to non-armaments military equipment, soldier's pay, and services provided to the military. There's a couple possible routes to estimating these values; here's my first estimate.

Resource mobilization gives us a ratio of soldier's pay and munitions: 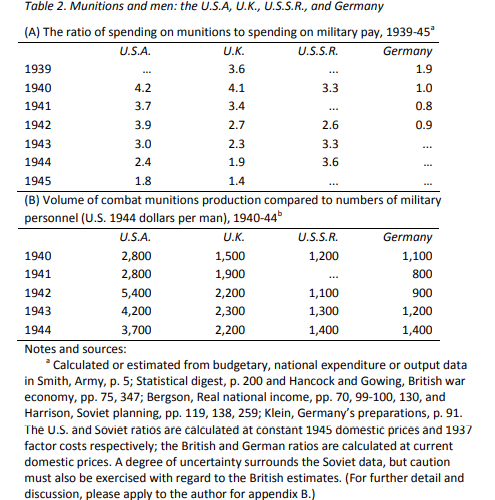 Goldsmith's The Power of Victory gives us a crude estimate of German munitions output in 1944 dollars; something like prewar exchange rates (~2.5 : 1, RM: USD) gives us an RM value. 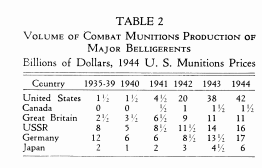 Back to Resource Mobilization's appendix C, where we get German net national product: 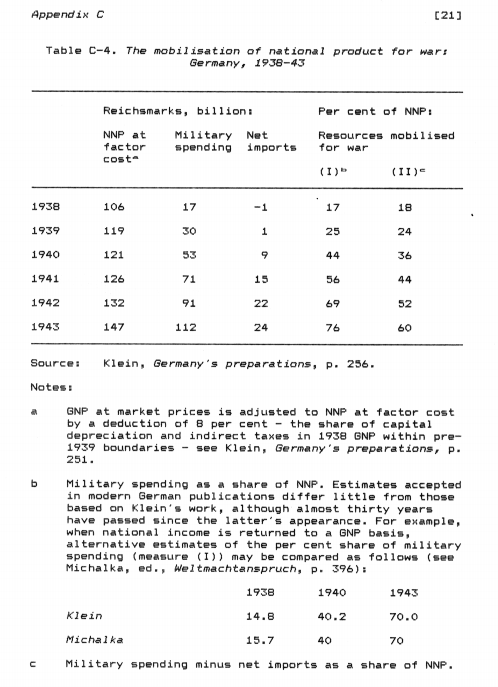 Combining the foregoing we get:
For the large residual non-arms/pay term, we'd need further data to break it down into non-arms military equipment and other items like military services. An indication of the size of the non-arms equipment term is discussed here and in following posts. Its productive workforce was perhaps 40% of armaments-producing workforce.

One big chunk of military services purchased would come from Wehrmacht payments to the Reichsbahn at .2 RM per axle-kilometer. History of the German National Railways by Mierzejewski. Total DRB revenue was 9bn RM in 1941; Wehrmacht must have paid a big portion of that.

Food and uniforms were probably the biggest single items in the residual budget for 1941.
https://twitter.com/themarcksplan
https://www.reddit.com/r/AxisHistoryForum/
https://medium.com/counterfactualww2
"The whole question of whether we win or lose the war depends on the Russians." - FDR, June 1942
Top
1 post • Page 1 of 1