Discussions on the fortifications, artillery, & rockets used by the Axis forces.
9 posts • Page 1 of 1

Looking for the right position of Bo 15 ( O Qu = Oberquartiermeister A.O.K. 1 ) , I can't find it on my map .
Some sources place this at Haut Brion but on my map there should be Bo 33 , who can help me to shed a
light on these locations .

OK ... Thank you for this document i didn't see before today !
That document reminds me that the 608 bunker in actual Bo33 'cité universitaire" rue de Budos (feldkommandantur 529) is marked "Bo33/2" !!! so why this bunker nowadays demolished was number 2 so that there is no other bunker number 1 around !!???

Was number 1 in another site, perhaps in pessac ?
Top

Bo 33 on my map could also be wrong , because according to this document Bo 15 should also be around Pessac.

Also this location has a water well, but the question is were exact is Bo 15 ??

There were more than a dozen "castles" on Pessac in the 1940s...
About 20 years ago, I talked to an old public works contractor who remembered demolishing a big "blockhau"s with lots of rooms in a castle on Pessac in the 1950s, but which...?
No traces in the archives of the City of Pessac.

A priori not on Haut Brion. Also, about fifteen years ago, I met the manager of the estate (former officer) who showed me a cathedral LS, but who had no evidence of having demolished a big "blockhaus".

Case to be followed...

What do u think of that ? 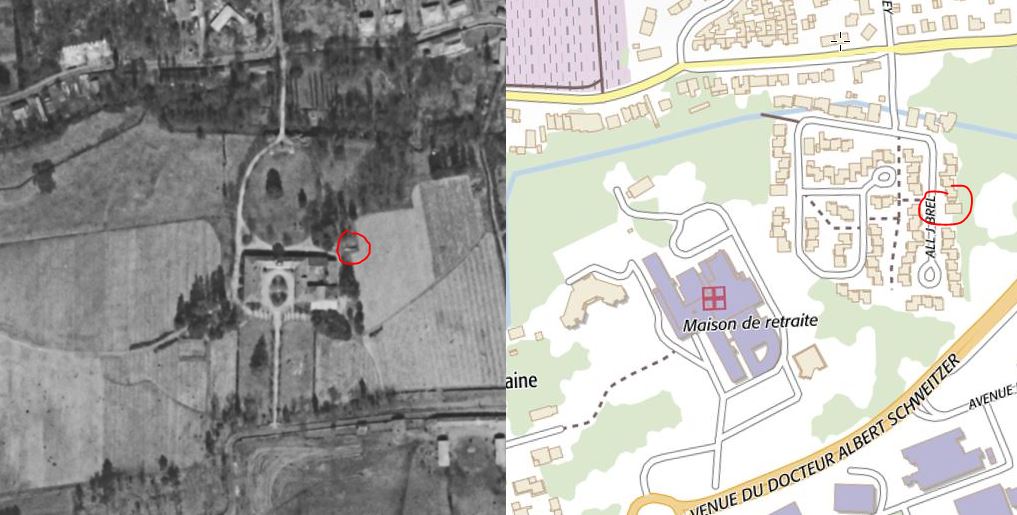 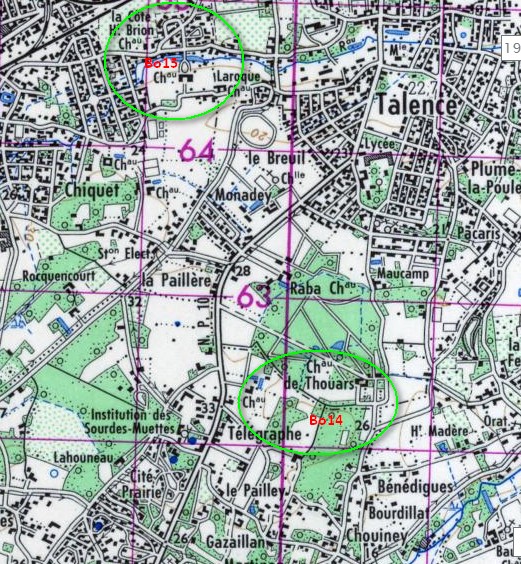