Discussions on the fortifications, artillery, & rockets used by the Axis forces.
95 posts 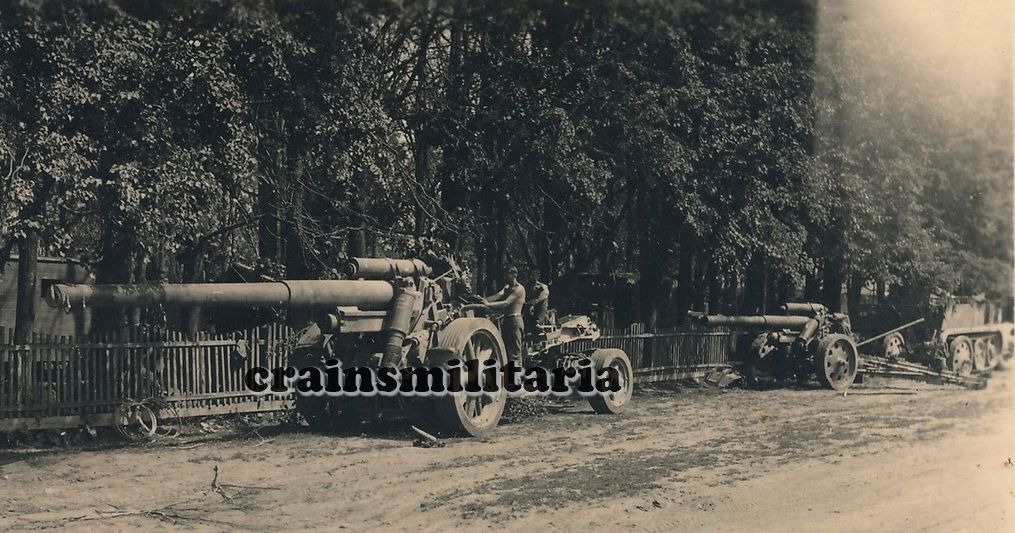 A small image from Ebay:

Just coming back to the discussion around the two different types of wheels seen on the 15cm Kanone 18, pictorial evidence suggests that that the non-spoked wheels (those with large holes around the circumference) were used only on very early production examples. I have only seen the non-spoked wheels on 15cm K18 guns with the pre-war three tone camouflage (which suggests they were very early production examples) or on examples used by the Artillerie Lehr. Regiment in Juterborg. Again the assumption being that Juterborg would have received very early versions of these guns for training purposes etc.

Very rare to find. Found mine on eBay. Only time I ever saw any. Seller said an archive was selling its material and that’s how he got it.