Discussions on the fortifications, artillery, & rockets used by the Axis forces.
173 posts

INFORMATION AND RESEARCH (MG-PANZERNEST AND VARIATIONS). 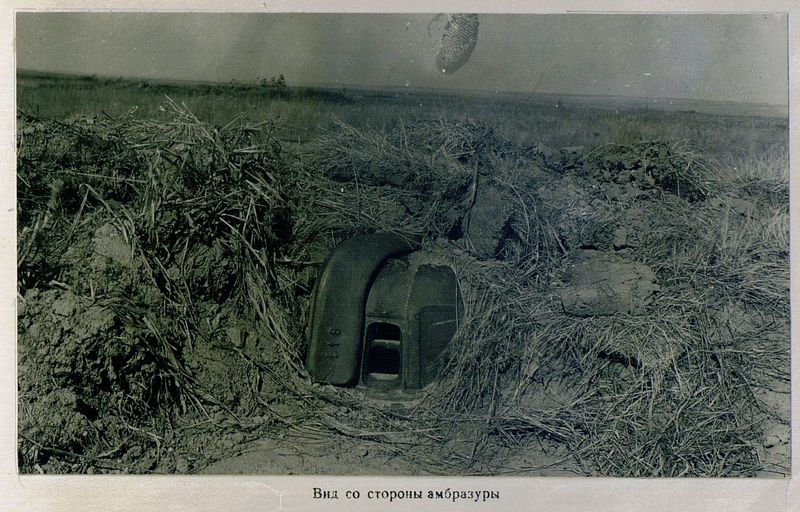 Picture taken in Kursk (Russia) in July and August 1943.

The MG-PANZERNEST, is a type of German bunker steel (armored) and mobil ...
In 1943 he entered service on the Russian front ... Theaters of operations as the Eastern Front, Western Front or Italian Front, operated panzernest.
Battles participated in ...
Operation Citadel in Kursk (Russia), Cassino (Italy) or Atlantic Wall, etc ...
Italian defense lines as Gustav and Gothic Line ... They placed defensive element of this mobile. Perfect for field fortification.

In many front lines, armored Wehrmacht use this item.
This bunker was designed for a crew of two men, had a gun, MG-34 or MG-42.
Sector has a shot from 50 ° 60 °, ideal for covering strategic areas of little or no access to spare artillery or armor, protection from inclement weather soldiers, enemy fire etc. ...

A mobile gun nest by wheels that coupled at their sides and hitched to any vehicle such as a trailer. The soldiers then opened a trench and thrown inside.
The masked, being completely hidden at ground floor and the enemy ...
The Russians nicknamed him the crab (Краб), the reason is its armored panzer armor.
Americans as armored crab...

According to my sources, "K2" and "K3" were only Czechoslovak post-war designations, used during the tests. "K2" (original German Panzernest) and "K3" (rotating Panzernest with added mechanism from LT-38 tank) were tested during 1948-1949. None of them have been adopted as Czechoslovak armament. Both test specimens were scrapped.
Top

Could it be that all these variation are post-war and that there is only one Panzernest .

Hello jopaerya.
Hungarian is not photographed in the Second World War. (Confirmed).

The italinas versions nato panzernest used elements of the second world war, it is possible that it was built by Italian manufacturer of steel plates.

The 360 ° swivel version is I think the second world war but can not confirm.
Top

Hungarian is photographed in the Second World War. (Confirmed).
Top

What is more -or less sure is:
During 2ww:
- German (basic) version - small variations in execution; most probably had 2 types pf loophole cover: "bird-beak" (most popular) and "flat" (I think I saw it on 1 wartime origin panzernest, often seen in after war Tagliamento line)
- Hungarian - good question if it existed; up till now I've seen one picture and I've found a note on Merkblatt list:
"MG.-Panzernest (ungarisch): Einbauanweisung wird bei Zuweisung in genügend Exemplaren mitgeliefert"
So, probably at least some prototypes existed. Or, description refers to normal instruction in Hungarian?
Afret 2ww:
- Poland - very high probability that re-used in original form,
- USSR - some tests and changes in interior were made, also a number of designs inspired by panzernest
- Czechoslovakia - K2 and K3, also "concrete" version built (I guess - or it was russian?)
- Italy - widely re-used after some changes in interior, also seems that new production was made (new castings of the hood, new loopholes, new doors), rotating version, "flat nose" version that seems to be a merge of before-the-war armoured MG post from italian operas and Panzernest , also seems that a mix of elements form war and after war panzernests was used.

- (Panzernest German Version).
If there are small variations in manufacturing. According manufacturers.

Note the panzernest not think codes are KRUPP.
Can anyone provide a photograph with code panzernest KRUPP?

Panzernest code +30
Does anyone know the unknown code?