Discussions on the small arms used by the Axis forces.
11 posts • Page 1 of 1

I would like to know if the SKS Carbine was used in WWII/GPW. Some accounts say it was. The problem is I have never seen a picture of a soldier in the RKKA carrying one. If so does anyone know what unit(s) were issued it and what did the soldiers think about it. Thanks in advance.
Top

In 1944 a pre-production run of the SKS went to the Belorussian Offensive for battlefield trials.
A very limited combat use in Germany, by the Red Army in 1945.
" The right to believe is the right of those who don't know "
Top

Von Thoma pretty much nailed it. According Bolotin's "Soviet Small Arms and Ammunition" the first batch of SKS rifles (which could be supposedly called first field test series) were delivered to Vistrel officer training school and First Belorussian Front. First Belorussian Front battle-tested the carbine and providing positive feedback. Bolotin does not provide exact time frame, but this must have happened 1944 - 1945 or only 1945.

Bolotin's book (pages 115 - 116) tell that according the feedback "Simonov carbine was simple, light and manoeuvrable, and easily mastered during training. It was also convenient to fire, useful in bayonet assault, and could be reloaded with little trouble. Disadvantages included excessive sensitivity to dust and mud, which resulted frequent jams; occasional extraction failures, owing to cartridge cases sticking in the chamber; failures to eject; and feed jams caused by cartridges failing to enter the chamber".

"Trials commission of the First Belorussian Front, realising that the advantages far outweighted the flaws, recommended perfecting the carbine so that it could be adopted by the Soviet Army."

It is worth noting that apparently these first field test series SKS rifle was quite different from actual mass production version, which was not approved to use of Red Army until year 1949.

These first SKS Rifles/Carbines were also chambered for the 7.62x41MM Cartridge and not x39. I have seen ONE picture of its usage in WW2, it was during the battle for Berlin, I'll try and find it.

I am an SKS collector, and I am very well known on several SKS boards, and survival forums. I have at great length studied everything I possibly could about the SKS, and especially its history as it intrigues me so much. But this is something that has been brought up before, as almost every entry about the SKS starts with "FIrst used during the Second World-War". But exact information is so difficult to find, in fact it is probably the most difficult thing I've ever done as far as research. Nobody I knew could provide an elaboration or even point me in a specific direction other than the normal. So I will tell you everything I have ever read regarding the SKS and the Second World-War, though sadly it isn't much.

The only information that I am aware of that hasn't been mentioned so far in this post is three accounts that mention the SKS, all of them from the battle of Berlin. I will have to find them, they were all part of a large collection of various accounts and personal writings of suvivors, though I don't know how long after the battle these were written. I saved all three of them along with a few other mentionings of them in registry's and virtually anything that made reference to it no matter what it was. I honestly found it so difficult and I would LOVE a single picture, every single photo of the late Eastern Front I always examine for an SKS somewhere. So far nothing, and these three accounts are not about the SKS, they merely mention the SKS, I will just give a summery of the three accounts, each was only a sentence or two long relevant to the SKS.

One statement mentions SKS's used by a unit that was new in some way to the writers unit as it says they were new. Perhaps freshly trained and equipped with the SKS or maybe a veteran unit being equipped with the experimental but amazing SKS.? I would give my right arm to find that person and ask them but I doubt they would even remember. It seems nobody remembers the SKS vividly other than official reports.

Another statement only stated that the SKS was in use with other weapons at the time, the person lists many of the weapons they saw used or possibly what weapons his local units used. We do know that SKS's were issued sporadically and not issued (at least as far as I know) to equip a full unit with them. So the ones that did have the SKS would have two or so soldiers with an SKS, and the rest the usual accommodation of arms. If the SKS replaced something, it probably would have replaced the bolt actions if still equipped, but there were other semi automatic rifles used by the Soviet forces, so its possible they would've replaced a few sub machine guns as well.

The last account I have is another mentioning of the SKS in a list of arms used by a small unit, however it is the most interesting because it mentions what the unit was doing, which was close quarter combat, though that was pretty much the Battle of Berlin in a nutshell anyway. And it states it was an experimental rifle, but that is everything specific to the SKS. I refuse to quote without the exact material and source quote so it can be reviewed and maybe someone better than me at searching archives could get more information or papers mentioning it. I have the source for all the accounts, they were originally all from a book of various collected letters from the Eastern Front. I don't own the book, instead it was in an archive online and I searched for key words and copied them. It should be legal as long as I credit the Author(s).

All of my source data is on my other computer saved, and I didn't remember until I tried to turn it on again, that the graphics card is burnt out. So I can't work with it until I replace it. I don't see anyone else commenting on this post, so I will try to post what I was discussing above as soon as i can. As I think this is a highly interesting topic.
Top

But then? Perhaps it would just be considered another of the other semi-auto rifles the USSR used in a shorter carbine version.

Gustav_SC wrote:I wonder in 1944/45 if the term SKS was even commonly used. Now, of course, it's so well know.

But then? Perhaps it would just be considered another of the other semi-auto rifles the USSR used in a shorter carbine version.

It was called the "Simonov 43" at least on paper, I imagine SKS popped up relatively soon in the SKS's life. I'm sure in one way or another it was required to make it distinct from the other "Simonov Rifles" in common hands at the time. I just wish there was more documents about the SKS, but the "Simonov 43" is the only for sure name I can say it was referred to and called during the Second World War.

Either way it has my affection and love and admiration, and if I was a betting man I would take the SKS over any other semi-automatic rifle used in WWII. Of course if I had my choices they would mostly be Soviet to begin with...
Top

I like it too. I've got a Yugoslav one (the earlier one, without the silly grenade launcher attachment).
Top

New info about the matter has been recently unearthed by Ruslan Chumak and apparently the SKS-rifles that went to unit trials during World War 2 were even more different from commonly known SKS cabrine than previously assumed - they were SKS-31 carbines in 7.62 x 54R. Chumak is a Russian researcher known for his book about Tokarev semiautomatic and select fire rifles (Samozaryadnye i avtomaticheskie vintovki Tokareva). 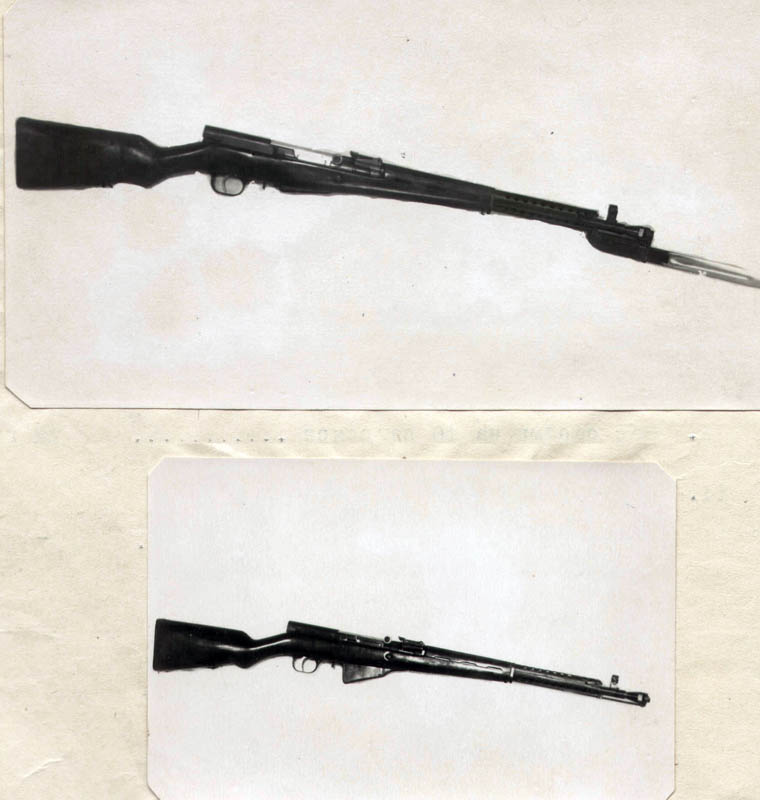 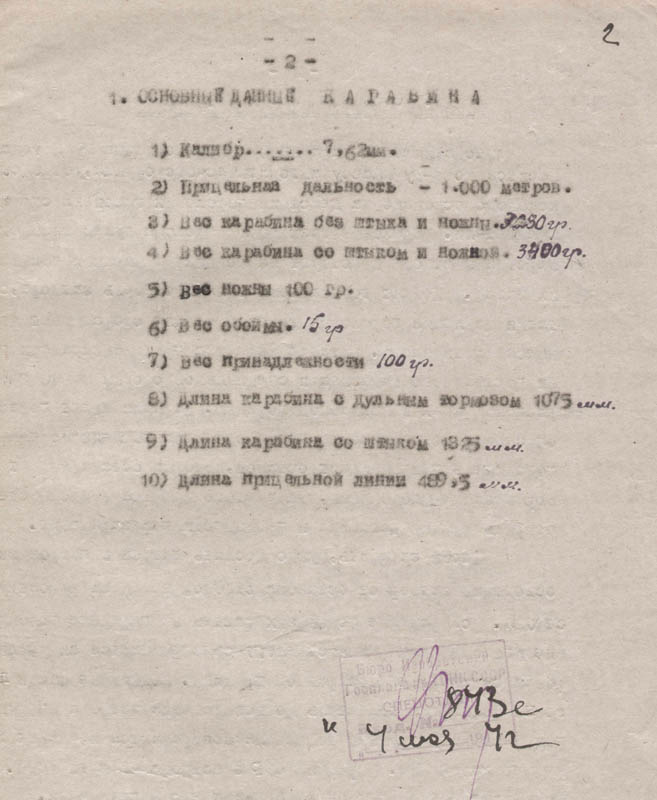