Discussions on the small arms used by the Axis forces.
3 posts • Page 1 of 1

Can anyone give me some info on this WW2 Japanese bayonet? It appears to be steel, or some other type of metal (scabbard and metal part of the bayonet), rather than the darkened metal usually encountered. Is this a late war, economy, thing?
You do not have the required permissions to view the files attached to this post.
Top

Japanese type 30 bayonet.... hooked guard, metal sheath... would need pictures of the blade markings and blade itself to say much more. Has a Rubberized canvas "frog". Looks like it could use a good oiling, but otherwise appears to be typical example of a Japanese type 30 bayonet. Latewar examples were crude, square pommels, unfluted blades, bamboo sheaths, straight guards, etc., this one appears to be either pre-war or "mid-war".
John G.
Top 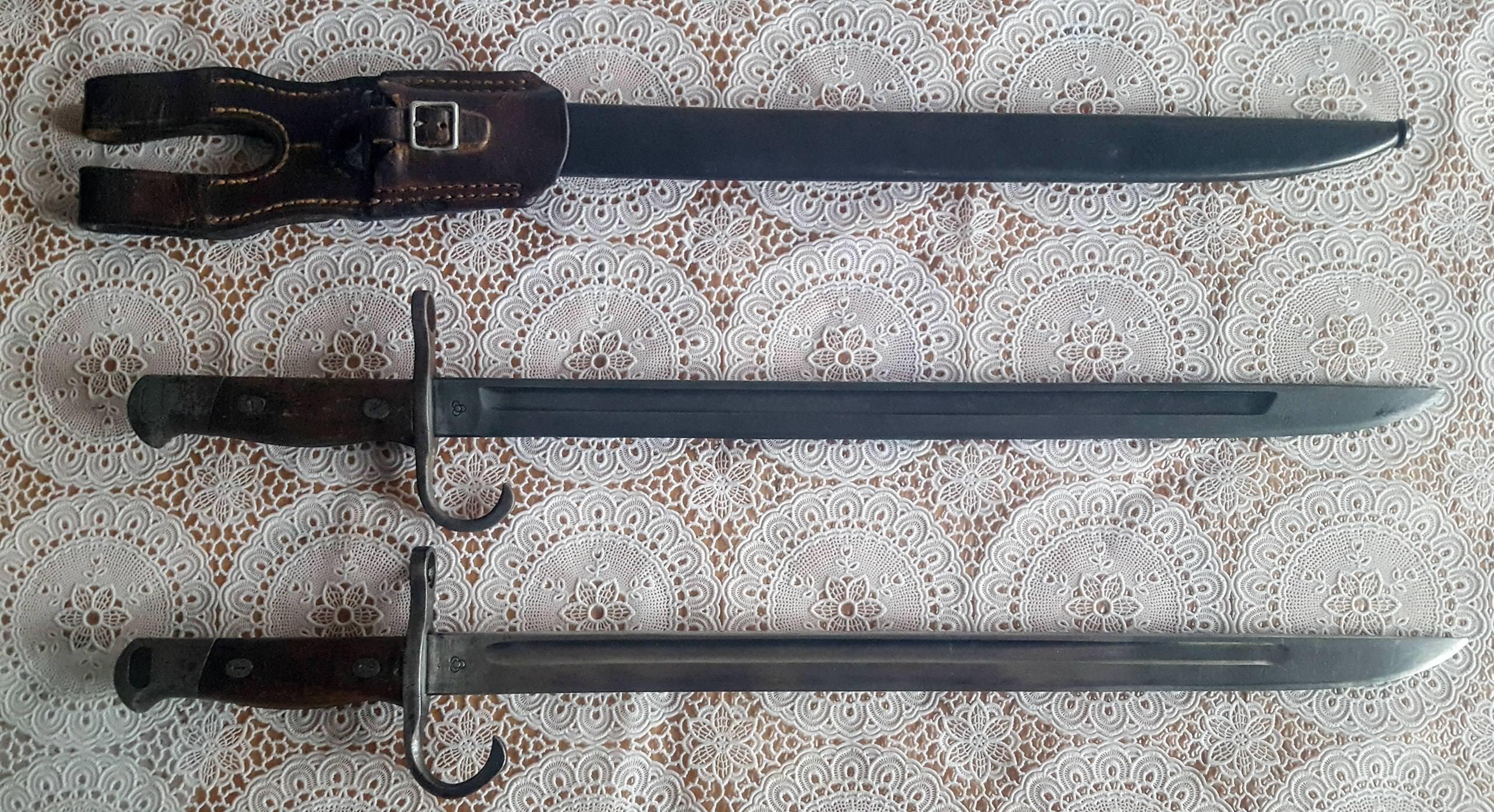