Discussions on the small arms used by the Axis forces.
4 posts • Page 1 of 1 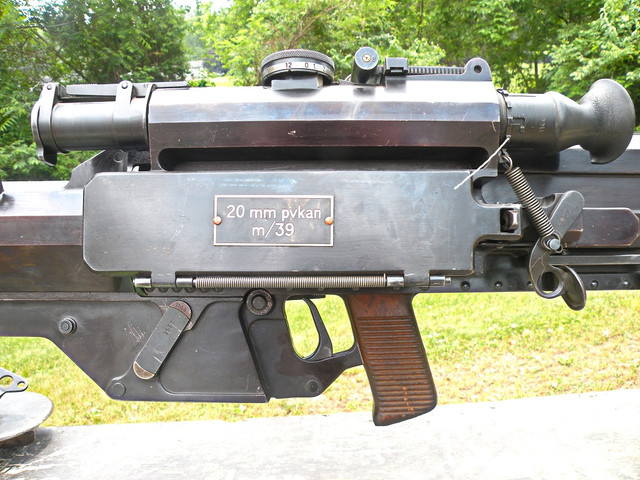 As shown the Solothurn S18-1000 had an optic does anyone know what the reticle looked like? Since its related to Rheinmetall and uses the same German 20×138mm rounds, I suspect the sight might look similar to the Flak 38's ground sight but I have zero evidence and I do not even know the FoV and magnification of the Solothurn sight. I have not been able to even find manuals about this weapon despite its use in the German army, Italy and a few other nations.
Top

The Swedish manual for the S18-1000 has been translated to English and is available at www.Germanmanuals.com but it contains nothing about the telescopic sight.
John@German<remove this>Manuals.com

From what I've been able to piece together, the usual S-18/1000 scope was manufactured by the Swiss optical firm of Kern & Co. AG, the one example I saw outside of the rifle's protective tube housing at the fortress museum in Full was clearly marked "2.75x" for magnification and "120 0/00" for field of view. The knob on top is a manually-operated BDC matching the trajectory of the 20x138B AP round in 100 meter increments out to 1,200 m. In your middle photo you can make out an unusually advanced feature for an optic from that era. There is a small threaded metal cap retained by a chain "dummy cord". The cap could be removed and a small incandescent lamp was screwed into the well to illuminate the reticle for shooting in low light conditions. The reticle was a German-style inverted post pointer with IIRC three graduated vertical lines on either side for leading moving targets.

I ASSUME but do not KNOW the Dutch, Italian and Swedish exported weapons used the same scope. It sure looks like it from the photos but it's awful hard to tell with that housing covering most of the scope tube and all the markings. FWIW, I do know the Hungarians manufactured their own completely different scope for use on their version of the S-18/100.
"The most terrifying sound in the world is not the roar of a charging lion nor the scream of a descending bomb; rather, it is a click when you expected to hear a bang." Peter Hathaway Capstick
Top

I think that assumption is fair, incidentally I was able to find the Hungarian optic for the short S18-100 Hungarian version.... but still nothing on the S18-1000.