garywdyls wrote: ↑
16 Feb 2021 14:59
I don’t remember seeing LGG sitting on the ground holding what seems to be a clothe to her eye. Has this been reviewed before?

Hello
Yes, the issue of the LGG handkerchief was reviewed before, unfortunately like many things it is not known who gave him that handkerchief, a first guess was that it was given by Captain Oren W. Haglund, curiously in the fictitious story on the aerial page phenomena blogspot titled "1945 The Lost Women" mentions that it was Haglund who gave her that wet handkerchief to wipe her wounded eye but it is just a fictitious account, it may be a handkerchief from her or that it was given by another US soldier or by one German, what it is very likely that it was the German soldier who is sitting to his right holding a canteen of water who soaked the handkerchief since in that shot it is shown that he is closing said canteen of water (in other videos he Observe that he shares food with other soldiers and it is possible that in another shot that there are some German soldiers drinking water in a canteen of water is his, in front of them there is a stream)
regards
Top

Good to see people here still trying to get a confirmed answer to who this lady is. My last post here was about 6 years ago and I think it was nearly 5 years ago I last checked this thread. I am still holding out hope a grandchild or even a child of hers may stumble upon this topic somewhere on the net and connect that it is their relative.
Top

lawton wrote: ↑
21 Feb 2021 02:37
Good to see people here still trying to get a confirmed answer to who this lady is. My last post here was about 6 years ago and I think it was nearly 5 years ago I last checked this thread. I am still holding out hope a grandchild or even a child of hers may stumble upon this topic somewhere on the net and connect that it is their relative.

I see your point, but as we speak her identity might have been known for a long time, or perhaps for the whole time, but not revealed by her family, and for a good reason. Imagine all the unwanted attention that will be brought upon that family or family member. I say, let her identity be unknown, at least as long she has family around, if that's the case.
Top

I found an article from Newspapers Rokycany 2005 where it is said that 3 detention camps were formed for the Germans, the first one that is next to the road, it can be seen that there are only civilians, the second with the direction of Ciline, that the one she was closer and I think that she went there and the 3rd went in the direction of Klabava, which was the largest and close to there the SS troops were located (that if she left that force as described, she went there) , all the prisoners were there until the middle of September 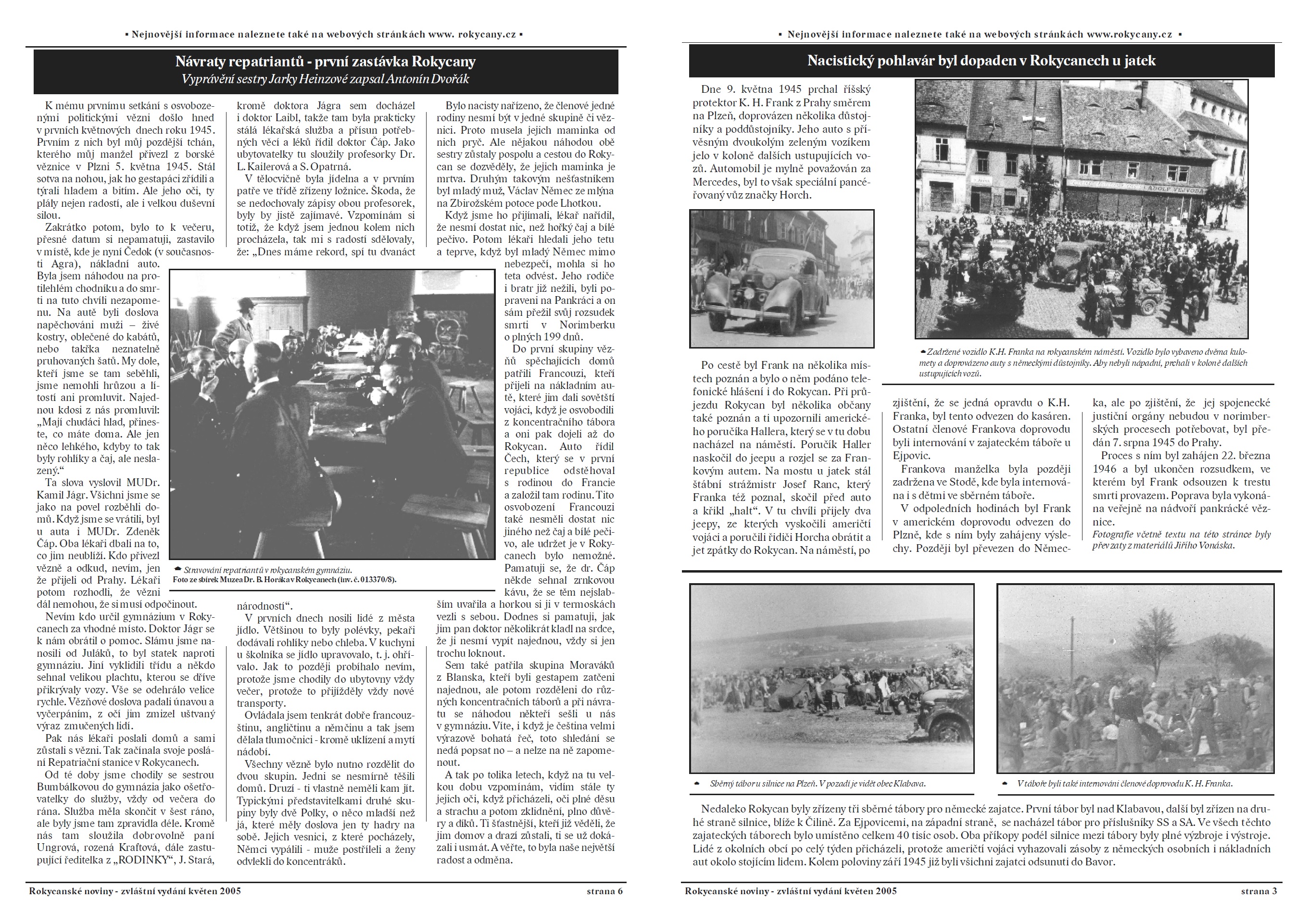 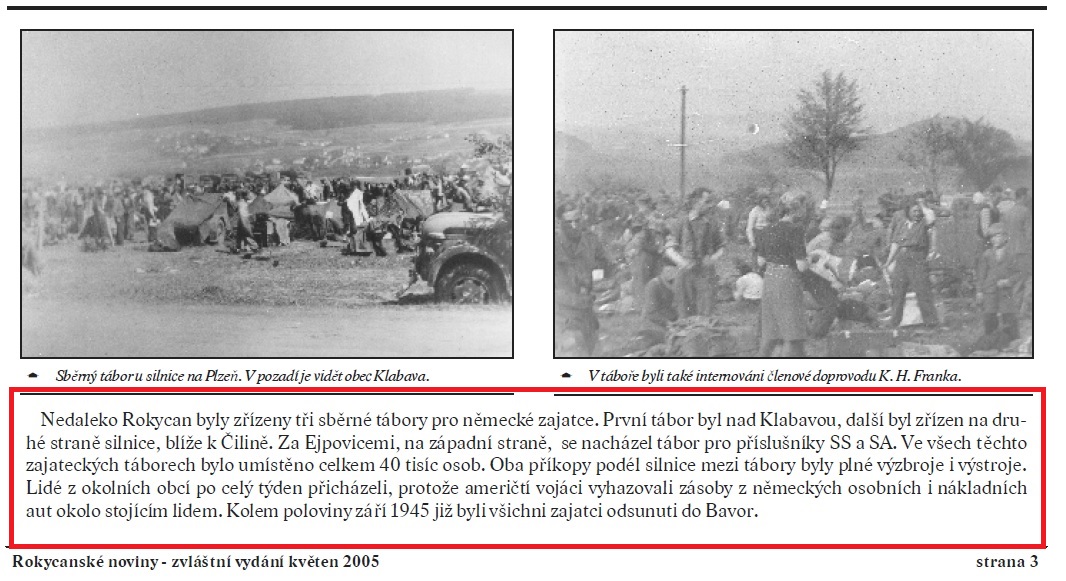 Translation
Three concentration camps for German prisoners were established near Rokycany. The first camp was above Klabava, another was set up in the second
side of the road, closer to Čilina. Behind Ejpovice, on the west side, there was a camp for members of the SS and SA. In all these
A total of 40,000 people were placed in prison camps. Both trenches along the way between the camps were littered with weaponry and equipment.
People from the surrounding villages came all week because American soldiers were dumping supplies from German cars and trucks.
cars stopped around people. By mid-September 1945, all the prisoners had been deported to Bavaria.

location of the three prison camps 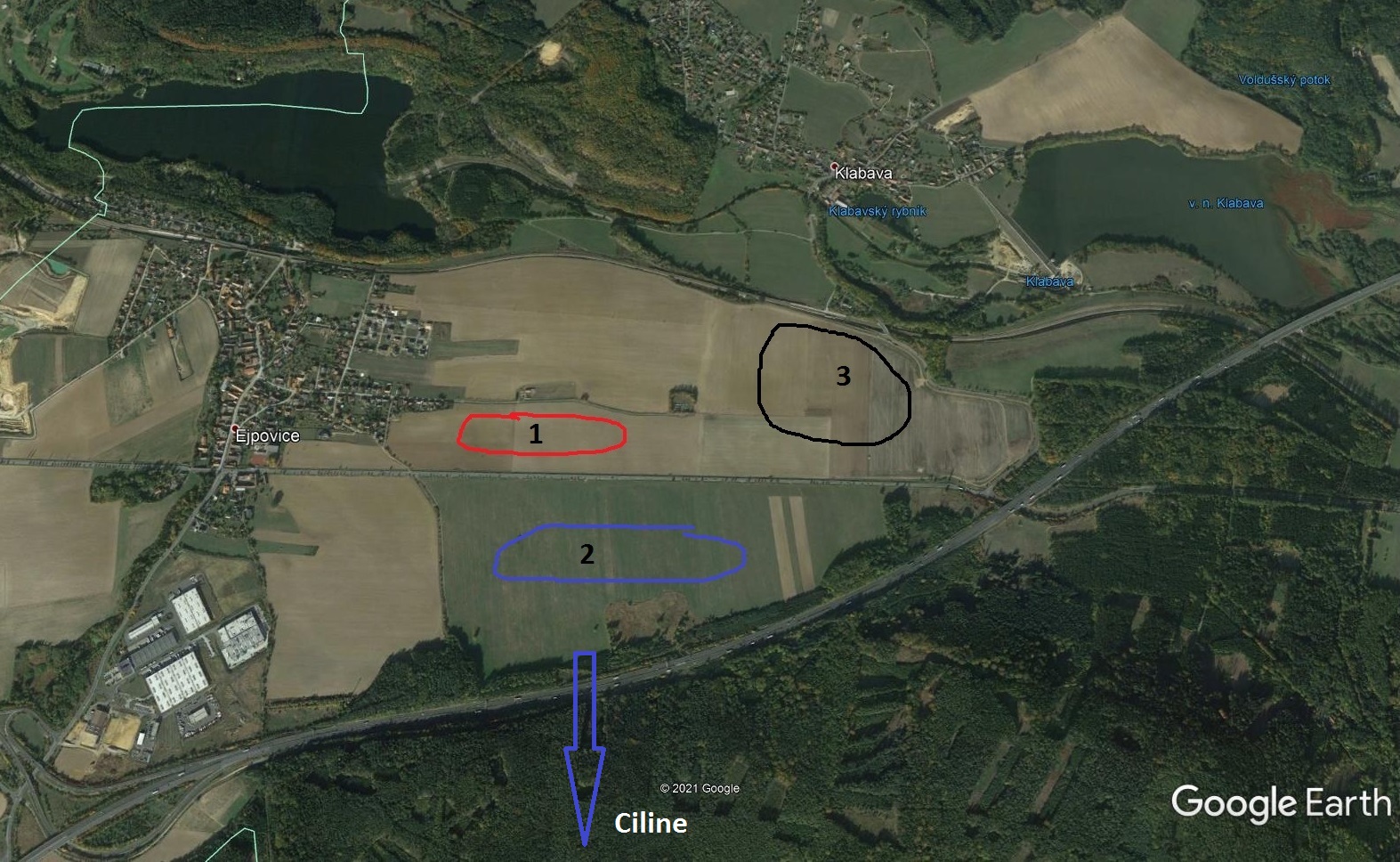 LGG was in that area from May 8 to mid-September 1945, then it was sent to Germany
Top

Hello comrades! I hope I can somehow help in the difficult case that you are doing here. With the help of neural networks, I managed to restore the exact look of this girl, as well as the look of those two photos (where the girl is in a coat, and in the form of the Hitler Youth). Personally, it seems to me that these two photos, alas, are false and they depict similar to each other, but different people. I am attaching everything that came out to the letter. Including a fully restored face from the original video.

excellent contribution Gorbish, it is a pending task to rebuild the face of LGG, thanks
Top

That's not all. here are more detailed and colored photos of a girl in a coat and in a Hitler Youth uniform. I also tried to recreate their faces through neural networks. I also attach a face from the first post, only in the version where our heroine has aged.

gentlemen, take a look at this photo. This girl is very similar to the one we saw in the video. Her eyebrows are set low as well. When trying to improve the quality, the eyes in the photo suffered a little, but the general appearance is preserved. Take a closer look. We need to look for information on this photo ...

hello Gorbish, again very good contribution, let me tell you that the woman you mentioned in the last post was investigated by one of the members here, she appears in another filming with other women on May 9, I think it's her .. 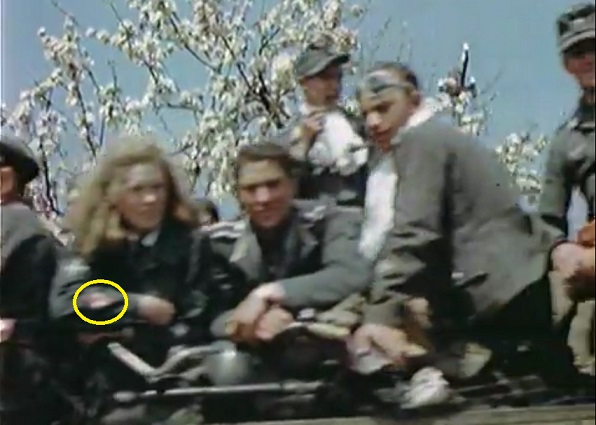 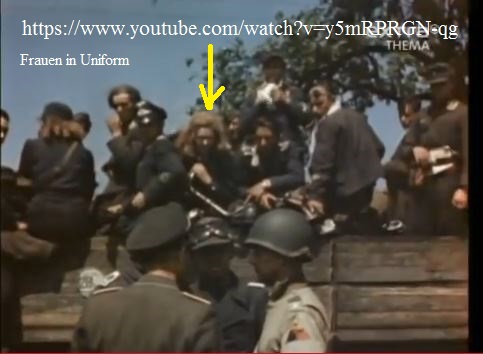 Hi Carlos! Thank you for bringing me up to date. Then it turns out that apparently our heroine hasn't appeared anywhere else, besides the main video ... I hope all the same someday we will somehow be able to find out the fate of this girl.
Top

Gorbish wrote: ↑
28 Feb 2021 17:00
That's not all. here are more detailed and colored photos of a girl in a coat and in a Hitler Youth uniform. I also tried to recreate their faces through neural networks. I also attach a face from the first post, only in the version where our heroine has aged.

Some really good work there.
Top

Great contribution! State of the art technology Gorbish shared with us. I share his view that the closed-eyelids girl resembles LGG very closely. I also share Makarov idea that her identity may have been known for a long time and because understandable reasons they decided not to come out.

Is it possible for you to modify LGG closed eyelids photo providing her with open eyes ? I suppose it is difficult because she is looking to her left.

Again, you have done a great work Gorbish

curiosities
I found a photo of a group of young girls in a camp, unfortunately I did not find what date it is, I think it is 1935/36, the information is the title that they put when uploading the photo "training camp" in that photo you can see 2 girls that appear in another photo that was posted here a long time ago 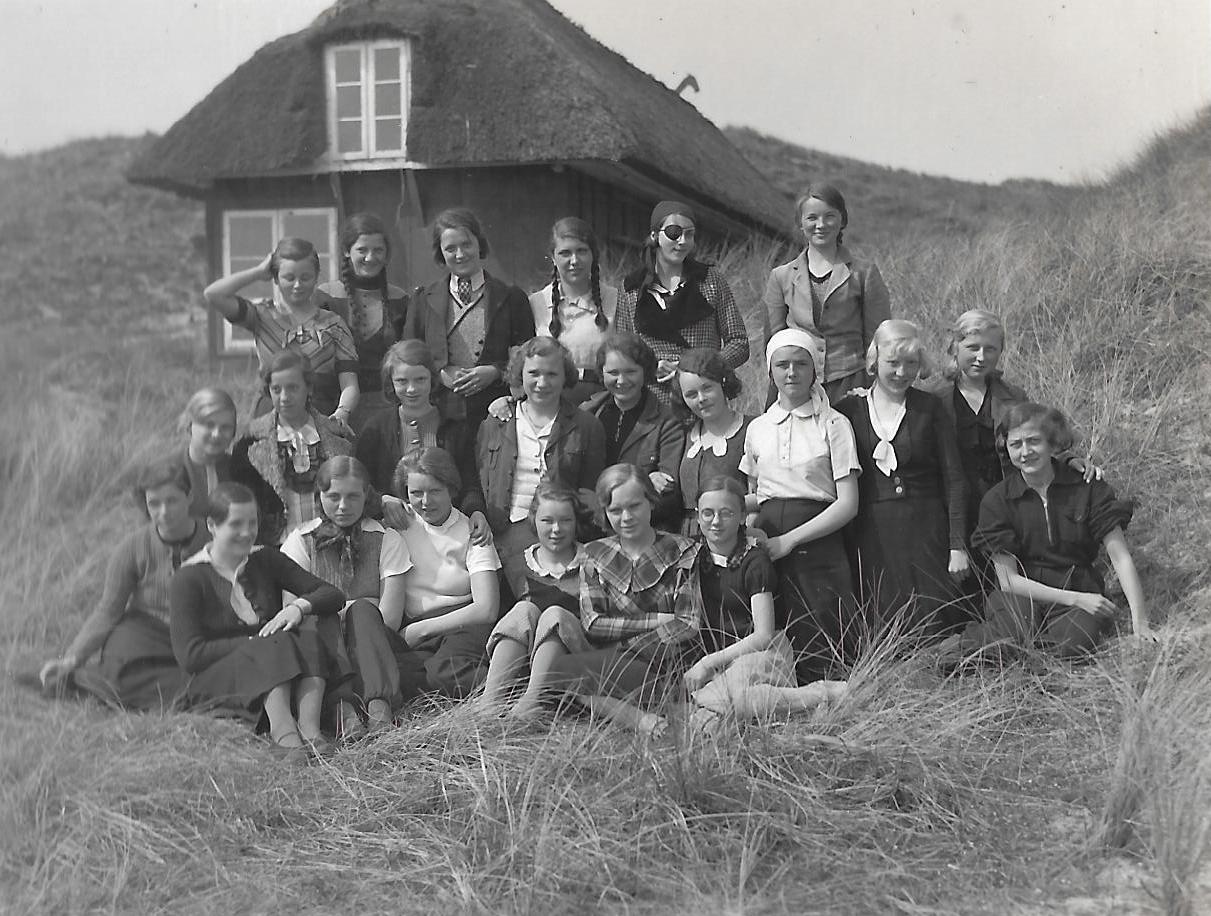 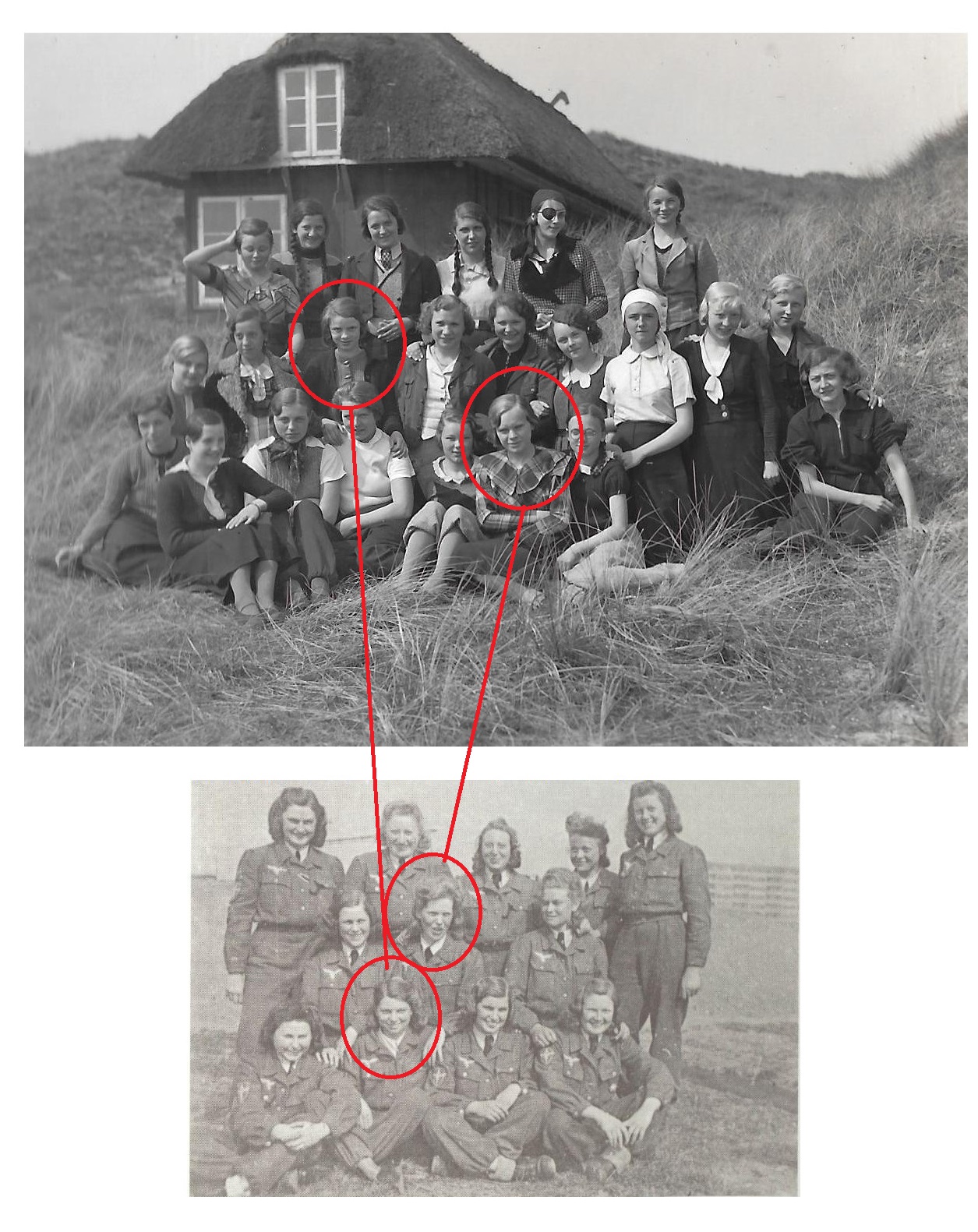 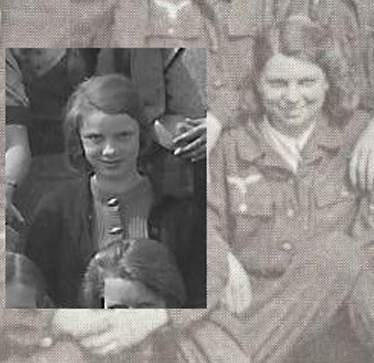 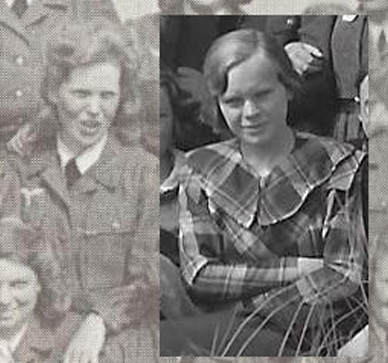 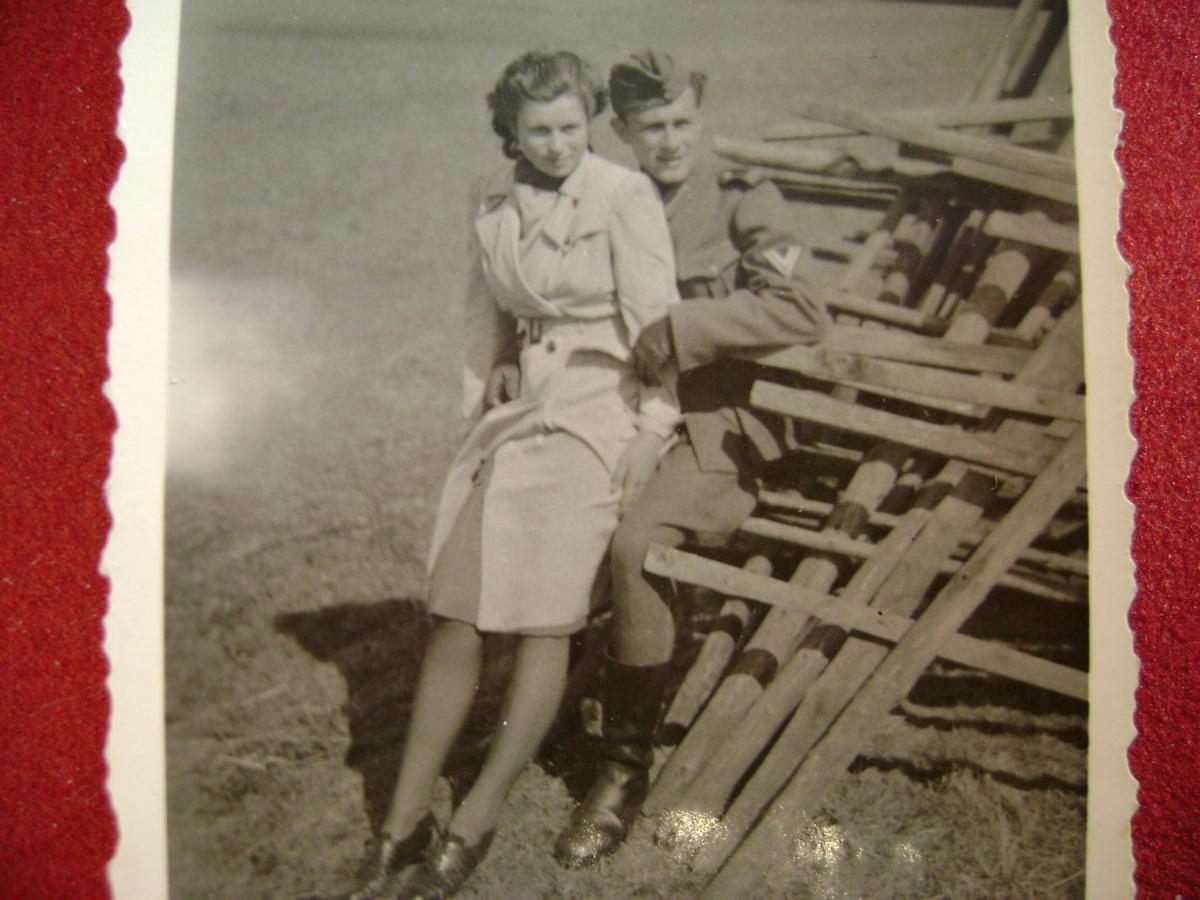 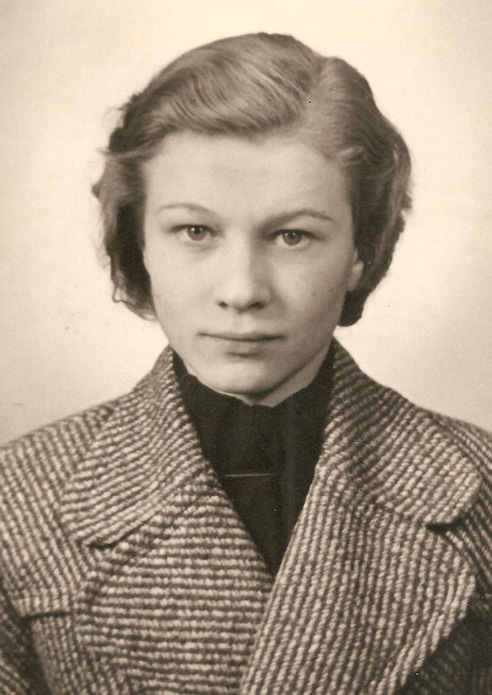 Carlos, the first photo with the group of girls was for sure taken before 1933, the typical small building in the background
taken on a north frisian or an east frisian island, I am 99% sure about this.

Also, nobody of the girls back then carried a national socialist marking, neither HJ, not BDM, and also not RADwJ.

Buildings of this type were found on almost all Frisian islands, homes for young women and men of this type can still be found today, I would guess a church summer camp for young girls at that time, but just a guess...?

By the way, a very nice photo from that time, the girls certainly had some good days on the coast, on the islands.

Unfortunately, I do not recognize more, too bad...?

P.S. Please name the source for the photos, thank you!