Discussions on all aspects of the USSR, from the Russian Civil War till the end of the Great Patriotic War and the war against Japan. Hosted by Art.
8 posts • Page 1 of 1

In spite of being intersted in world war II and special operations I know very little about that type of operations and units in the USSR. I think the events on the eastern front has gotten more and much deserved attention in the later years, but we still know very little about special operations part of that war. We know about the Western and Axis units such as Commandos, Brandenburgers, Rangers, Decima Flottiglia MAS, SAS etc, but most People don't know of a single Soviet special forces unit from back then. The same goes for their missions. This is very much true for me when it comes to this kind of Soviet units in the Spanish civil war and the Winter War against Finland too.

Personally I've read about Viktor Leonov and the Naval Scouts, an elite coastal raider and special reconnaissance unit that worked on the north coasts of the USSR, Finland and Norway. There was also an airborne reconnaissance unit called 181. ORO working in the same area, I think. The Soviets also had a combat diver unit called RON.
That's pretty much all the units I've heard of.
Top

Hello.
Separate motorized rifle brigade of special purpose of the NKVD of the USSR.
Top

Interesting. Can you tell me more about this unit? What sort of tasks/duties did the brigade usually perform?
Top

This is from Wikipedia: "One October 22, 1938, during wargaming between units of the Russian Pacific Fleet in Vladivostok, a group of Soviet military divers exited a Shch-112 submarine through a torpedo tube, entered the naval base and completed certain acts of sabotage. These combat divers were equipped with oxygen rebreathers, dry suits, handguns and grenades. This did not lead to a permanent combat diver unit being set up, but it was the beginning of the history of combat divers.[3]
The Soviet Union started frogman operations during World War II. The first unit of combat divers (or RON team), was formed in Leningrad in 1941. Soviet combat divers were quite successful during World War Two. They performed a variety of missions numbering well over 200 operations.[4] These operations consisted of more than just combat operations and demolitions. There were many rescue missions which also included female divers recovering weapons and other military equipment from sunken cargo ships.[5] Other operations also included making minor repairs of ships that were afloat and clearing approaches to wharf facilities at the sites of fords across the Volga river.[5] There were also operations which involved recovering the dead that were present on sunken ships or in the Volga river."
Top

Number24 wrote: ↑
23 Jan 2019 21:38
Interesting. Can you tell me more about this unit? What sort of tasks/duties did the brigade usually perform?

The following tasks were assigned to this brigade:

- combat missions at the front as part of a unit, units and formations, to conduct combined-arms combat and reconnaissance;

- special tasks at the front on the construction of engineering minefields and the creation of combined systems using new technology;

- tasks of mining and demining of defense objects of national importance;

- sabotage, combat and reconnaissance missions and amphibious operations in the rear of the enemy, skillfully operating units, small groups and individually.

At the same time, the main task that the reconnaissance and sabotage groups of the compound were to perform in the enemy's rear was the following: “collecting intelligence data, destroying strategic railways, highways and evacuation routes in the front-line zone and deep rear of the enemy, disrupting rail and road traffic following front with manpower and equipment, the destruction of bridges and other railway structures, the defeat of military, gendarme and police garrisons, the destruction of industrial enterprises established by the Germans, ektrostantsy, communications and other facilities. "
Top

I would add to the said 1 and 2 regiments of special services who prepared dogs for delivering special reports, search for mines and land mines, evacuating wounded ss battlefield, as well as for undermining enemy tanks. 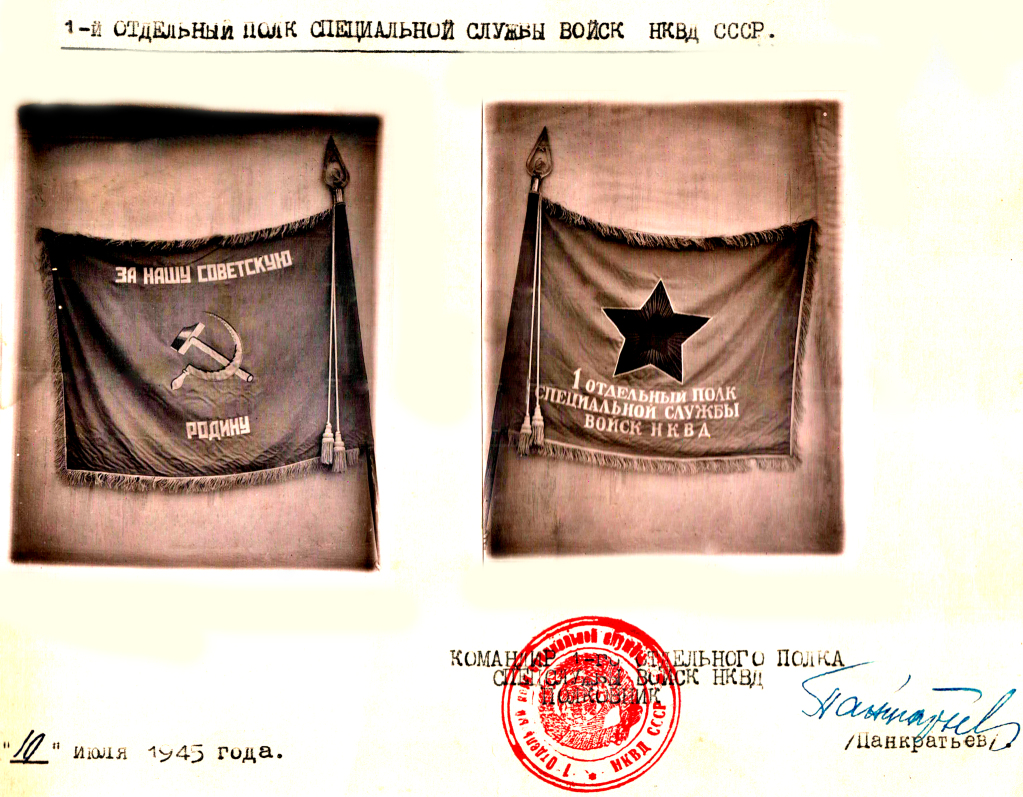 By these standards the sub-units of Separate Motorized Rifle Brigade of Special Purpose of the NKVD working with "sabotage, combat and reconnaissance missions and amphibious operations in the rear of the enemy" were special forces, but the rest of the unit sounds like elite infantry and storm engineers.
Top

Number24 wrote: ↑
31 Jan 2019 17:34
I'd say the canine regiments were special regiments, but not special forces units. Some units had specialized duties and equipment such as railway units, reindeer units, barrage balloon units etc. Special forces are units trained to perform special operations. Typical special operations are Special Reconnaissence (long range reconnassance), raids and sabotage and training of guerillas behind enemy lines. In WWII special operations typically took place behind enemy lines. In modern times counter-terrorism has been added as a special operations duty.
By these standards the sub-units of Separate Motorized Rifle Brigade of Special Purpose of the NKVD working with "sabotage, combat and reconnaissance missions and amphibious operations in the rear of the enemy" were special forces, but the rest of the unit sounds like elite infantry and storm engineers.

In this case, and in these selection criteria agree with you.
Special service shelves are not suitable here.

Then only team OMSBON, about which I spoke. Nothing more comes to mind.
Top
8 posts • Page 1 of 1